This two-island kitchen combines efficiency with a clean, modern aesthetic

Whether an aid to functionality, a casual eating spot or an element that separates living spaces from the business end of the kitchen, an island is a versatile design element. As a solid, freestanding feature it can also provide a visual anchor for an open, airy decor.

This kitchen remodel was part of a whole-house rethink by architect and designer Richard Landry of Landry Design Group and project architect Todd Riley. The interior was stripped out, including the existing kitchen. With just one small window, it was a dark, enclosed space, despite being set by an exterior wall, says Riley.

"The new kitchen is in the same sunny corner of the home, but is set back – open to the extensively glazed living areas and the leafy outlooks beyond," says Landry. "The owner wanted a light, white appeal for the interior and the high-gloss reflective rear walls in the kitchen are a continuation of this."

In other areas of the home, pale tones are punctuated by colorful artworks and drapery, but here natural material accents, such as the leather upholstery and dark stone countertops, provide the balancing contrast.

With stainless steel appliances and ample storage, the kitchen's rear walls are a picture of gleaming functionality, and the layout ensures the two islands work equally hard. 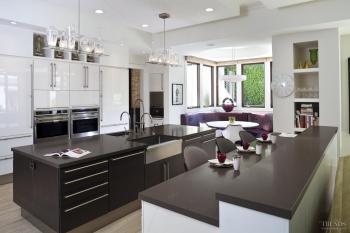 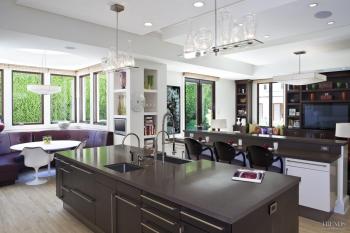 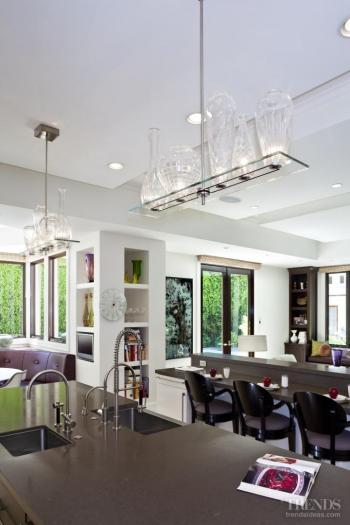 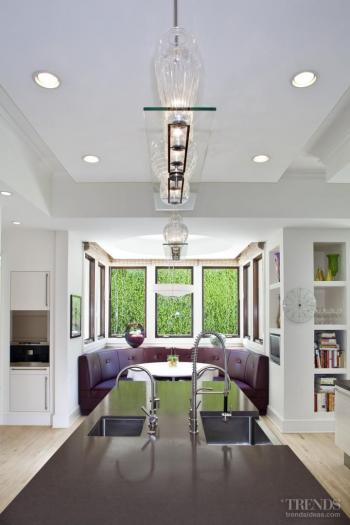 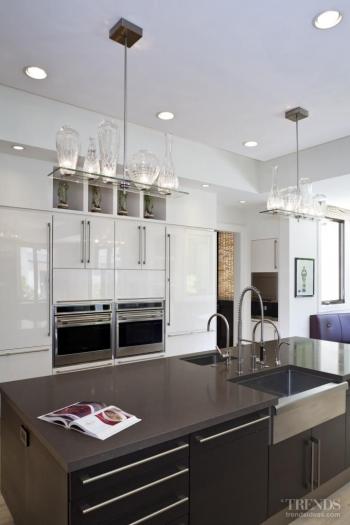 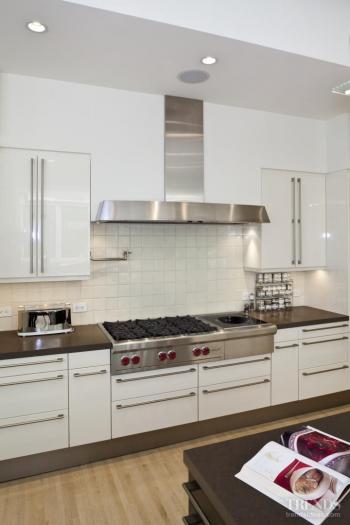 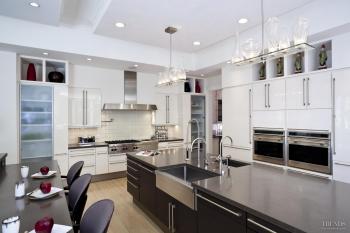 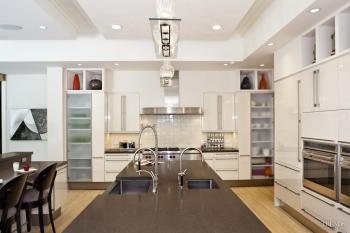 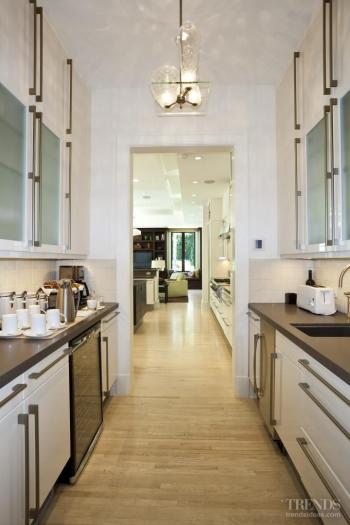 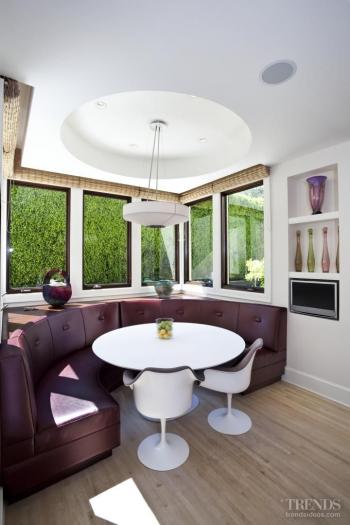 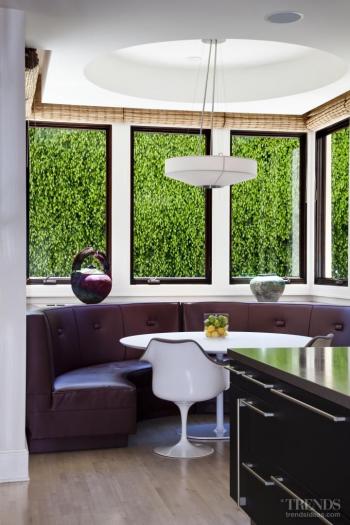 "The outer island includes under-counter storage but is largely used as a breakfast bar," says Riley. "The inner island is the real powerhouse of the kitchen. Close to the range and the pantry, it has a prep sink on one side and a cleanup sink on the other. "

Dishwashers are fitted on either side of the cleanup sink. This multipurpose island also has several compartmentalized roll-out drawers.

"As the design of the kitchen evolved, we changed the position of the appliances several times. It was all about finding the easiest, most efficient way for the owner to work within the space – this kitchen really is first and foremost about functionality," says Landry.

While the kitchen is most frequently used for family meals, with the breakfast bar providing a place to gather for casual snacks or to watch television, the new layout and decor create an attractive setting for entertaining.

A leather banquette set in a window nook makes another welcoming area for dining and relaxation.