Portrait of a gentleman

Portrait of a gentleman

An interior designer will always be guided by their client's wishes. Their creativity and vision are continuously being adapted to suit somebody else's lifestyle. But what happens when they design their own home – when there is nobody to please but themselves?

Interior designer Robert Couturier's Manhattan apartment is a riot of color that offers a vibrant sanctuary amidst the grayness of inner city living.

"I like the wild juxtaposition of rich tones and textures. In New York, color is joyful. It makes urban living more fun," he says.

Each of the apartment's three rooms has been put together using Couturier's innate sense of balance and dramatic feel for color. Sculptures, paintings and furniture collected over many years define each room.

"Objects take priority. I design the space around them, rather than the other way around," he says. 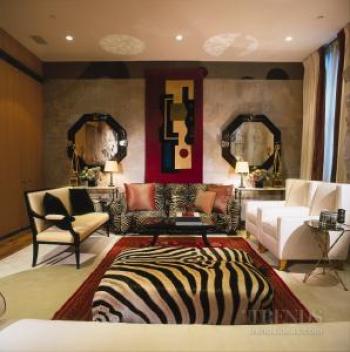 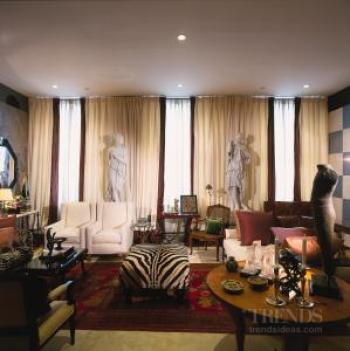 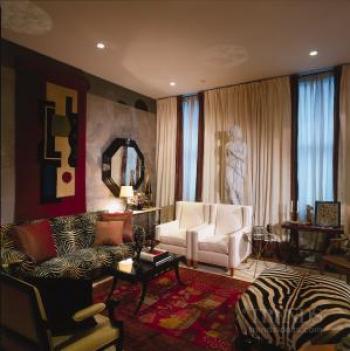 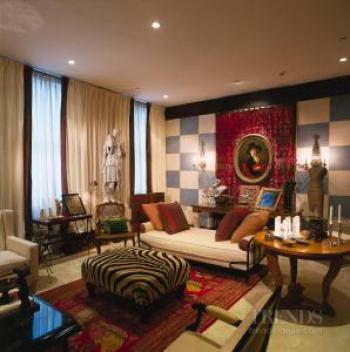 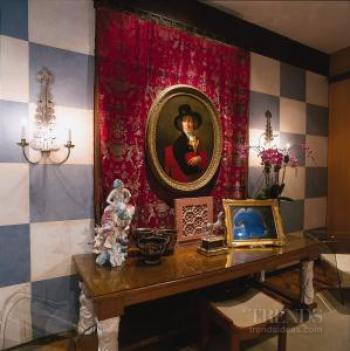 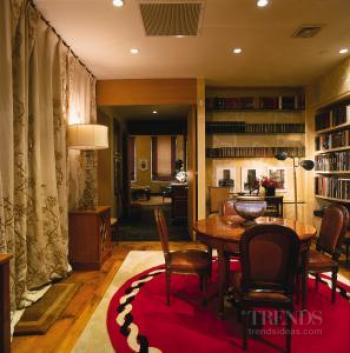 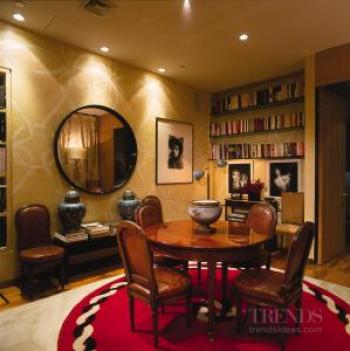 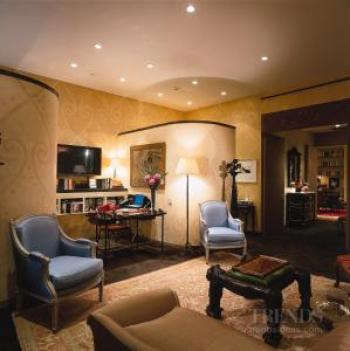 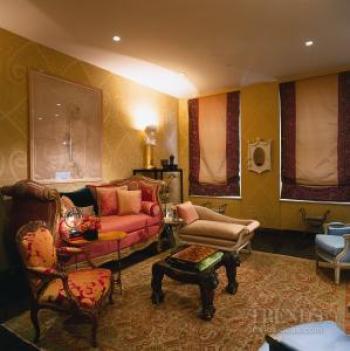 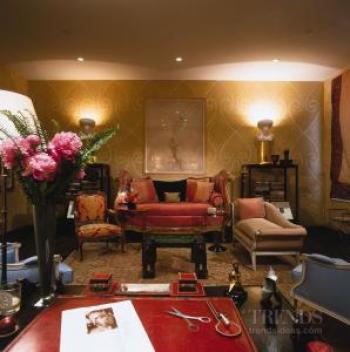 As Couturier also has a country home, he sometimes transfers furniture and artworks between his residences. This ensures both interiors appear fresh and interesting.

"The addition of just one painting or piece of furniture can often alter the entire ambience of the room," he says.

This is why in the living room, core furnishings such as the curtains, have been selected more by instinct than to adhere to a deliberate design. For example, the white curtains with the red fabric border replaced dark-colored curtains after Couturier acquired the plaster sculptures. These figures were originally made for the Duke of Northumberland and were later acquired by Andy Warhol. Couturier bought them from one of Warhol's assistants.

The intriguing history of many of Couturier's artworks adds to their appeal. Take, for example, the portrait of the English gentleman that is set against a silk backdrop, which is itself strung across a checkerboard wall. It is an original work by French painter François-Xavier Fabre, a pupil of artist Jacques-Louis David in Paris in the 1790s.

On the opposite wall, a Joan Miro tapestry is framed by two octagonal mirrors. Yet perhaps the most distinctive feature of this room is the zebra skin ottoman, whose bold pattern seems to unify the eccentric range of objects in the room.

The apartment's middle room, into which the elevator opens, serves as a thoroughfare that connects the living room and the bedroom. The room's square shape has been entirely altered by the placement of a large round rug.

"This rug is central to the room's design. Everything else has been placed around it," Couturier says.

In this windowless space, the floor-to-ceiling curtains, which were embroidered in India, create a fourth wall that encloses the room and makes it appear larger than it is.

In one corner there is a selection of 1950s French pieces that include a bamboo and metal floor lamp and a pair of Jansen consoles. Matching the clean-lined aesthetic of these objects are glass-shelved bookcases.

The third room is the most intimate area in the apartment. It functions as the bedroom and contains two permanent curve screens made from sheet-rock. These conceal a small bathroom behind one and gym equipment behind another.

Placed between these screens is a 1920s French desk, which serves as Couturier's home office. Positioned in front of each screen, are matching Louis XVI chairs. This echo of aristocratic France is further enhanced by the Louis XV day bed opposite, which is Couturier's bed. The antique day bed occasionally becomes a sofa when Couturier fancies a change of scene from the living room.

The furnishings that surround the day bed include a Spanish rug, Indian throne and a pair of Chinese bookcases.

As each piece in this apartment is placed with thought and care, Couturier has ensured that the bones of the apartment – the walls and ceilings – create a visually appealing backdrop.

Feature walls, such as the checkerboard pattern in the living room and swirling motifs in the other rooms, are painted by Paulin Paris. The floor is made from antique beams that were reclaimed and milled especially for this space.