Just as a city reflects a variety of architectural influences over time, the Melbourne Docklands project presents a diversity of styles

Vibrant communities are usually the result of a healthy diversity of both buildings and people. The eclectic mix of architectural styles that evolves as a town grows is part of the charm of most inner cities. So too are the citizens, the young and the old, and the different cultures that make up most modern cities.

Town planners are using such models in the design of urban renewal projects such as the Melbourne Docklands development. But they are also learning from the past and designing new developments that integrate open spaces such as parks, promenades and plazas to ensure the long-term social well-being of residents and workers.

Yarra's Edge, Docklands' north-facing river-front site, is being developed by Mirvac to provide around 1500 dwellings, which will have views over the Yarra River to the city. With more than 5000m2 of mixed-use development, the precinct integrates residential towers and public promenades with commercial spaces that include cafés, restaurants, offices, a three-level health complex, 25m-long pool and a gymnasium. When complete the project will also provide a marina and berthing for water taxis and ferries.

Tower 2, which features on these pages, is the second of up to eight residential towers to be built on the Yarra's Edge site. In keeping with the philosophy of providing a range of varying, yet contemporary architectural styles, this tower differs from its neighbours.

Cassandra Hill of architects HPA Architects says the towers are designed to reflect the diversity that would normally occur in a city that has grown over time. While some feature large apartments and upmarket fitouts others, such as Tower 2, have more compact one- and two-bedroom apartments and are designed to appeal to a different market. 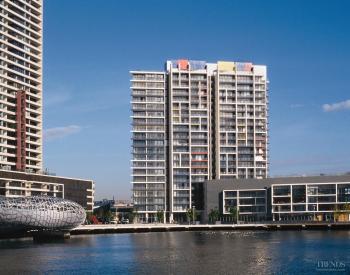 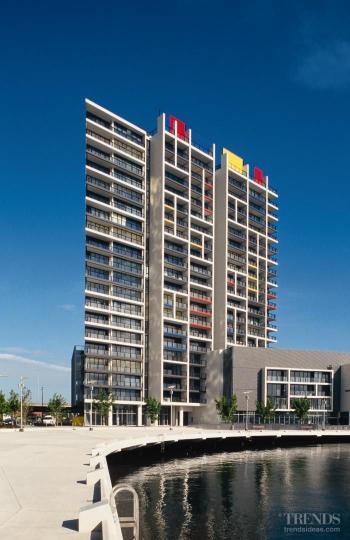 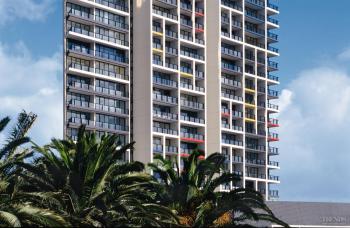 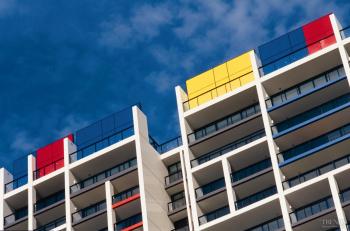 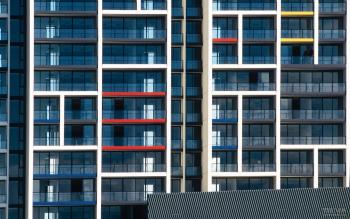 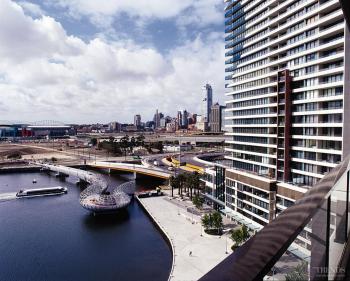 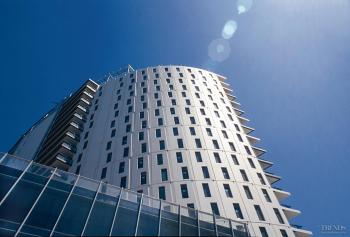 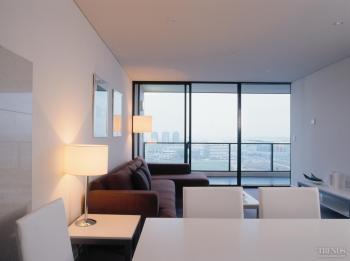 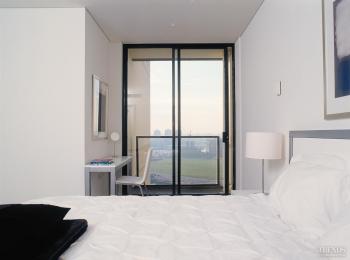 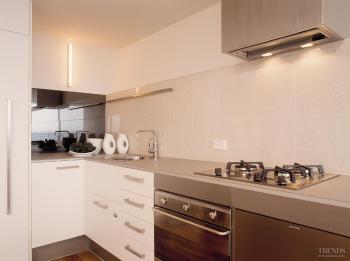 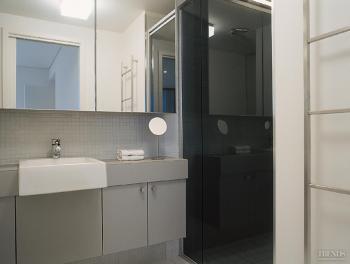 "This tower could be described as catering to a youthful market," she says. "Many of the occupants are professional couples, but there are also empty-nesters who may also have a beachside or country residence. The apartments have the advantage of being contained and secure, with fantastic views."

In keeping with the youthful feel of the project, the façade of Tower 2 reflects a Mondrian design influence. Bright red, yellow and blue squares and bands combine with white and black to create a striking grid pattern on the north façade.

"We wanted to move away from the traditional rectangular high-rise, so we designed the buildings to be quite sculptural," says Hill. "They needed to be as interesting for people to look at from the outside as they are for people to live in.

"The colour and the shapes provide the definition, with each building treated in a different way. Tower 2 has a sharp, wedge shape, with a gentle curve to the south side that is like a blanket wrapping the back of the building. This is then punched through with offset windows. It works in contrast to the strong grid of the riverfront façade."

A five-level podium helps to link the building with the river-bank and provides alternative apartment designs and a mix of retail and commercial spaces. The podium also accommodates the carpark, which is clad with diagonally mounted metal purlins, creating textural interest to the base of the building.

The clean, modern look of the exterior is echoed inside the apartments, which are designed to provide a neutral backdrop for the owners' furniture and art.