The addition of a porch, pergola and Tuscan columns has transformed this modest family cottage into a pocket-sized country house

Remodeled homes are often a work in progress. Cabinetry is slowly disassembled and painted, linoleum gradually pulled up, and wallpaper steamed away.

This once plain New England Cape Cod home in rural Massachusetts has been an ongoing redevelopment project that has evolved over nine years.

The owners, Marcus and Judith Gleysteen, have used it as a design laboratory for their architectural firm, Gleysteen Design. Many of the ideas they have tried in this home have inspired other projects.

The original house was largely chosen for its location, overlooking a wildlife sanctuary and working farm.

Several problems had to be resolved, says Marcus Gleysteen. "The first was how to create privacy with a country road passing within 50 feet of the front door. The second was how to integrate the interior of the house with the exterior view." 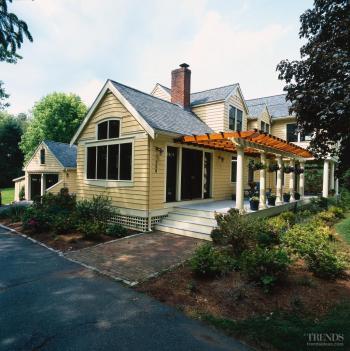 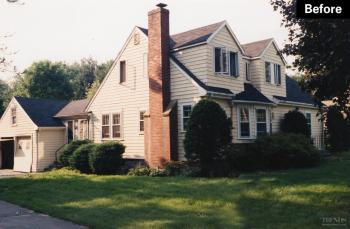 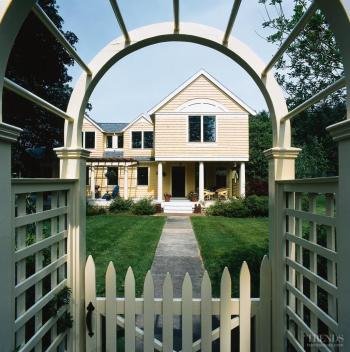 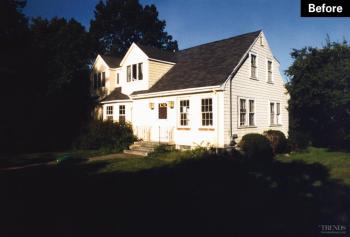 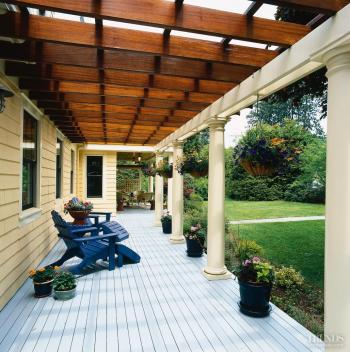 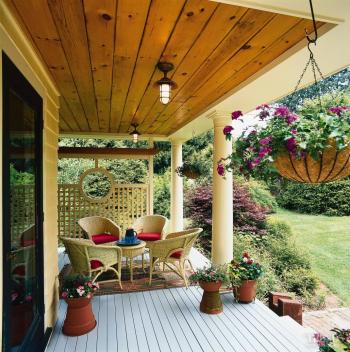 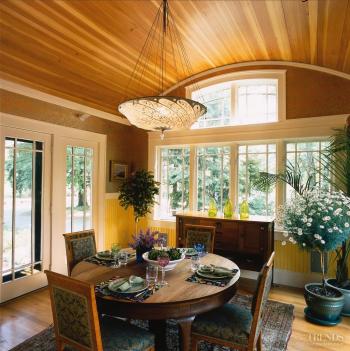 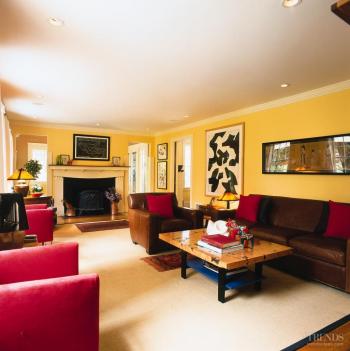 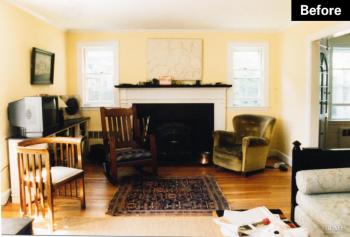 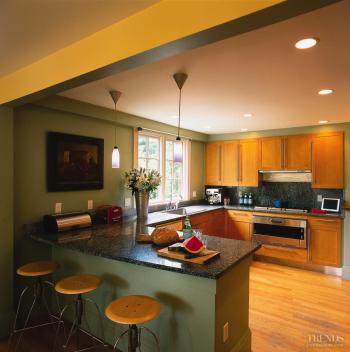 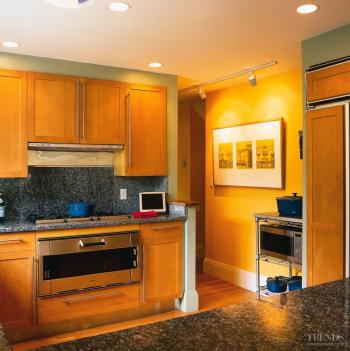 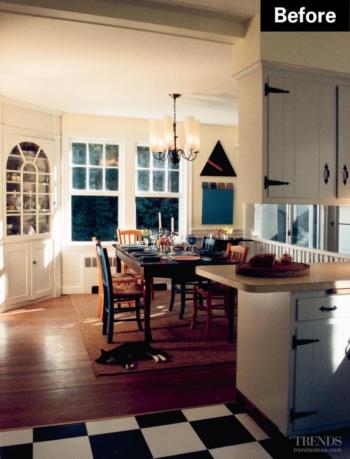 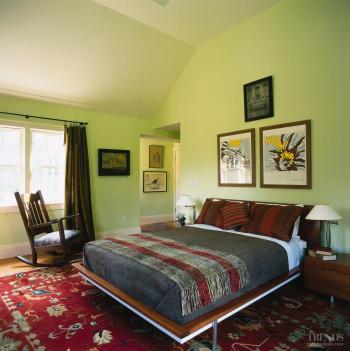 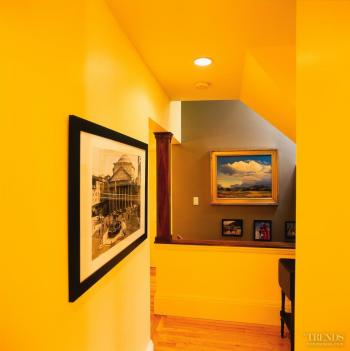 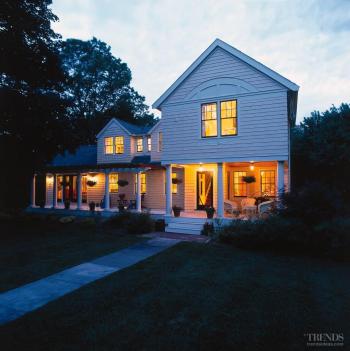 The couple also wanted to add a master bedroom and modernize their kitchen.

The privacy issue was dealt with by adding a picket fence with plantings and a large deck shaded by a pergola.

The pergola is constructed from a screen of Tuscan columns supporting a timber lattice. From a practical perspective it screens the house from the road and defines the front deck.

"It is a perfect space for Adirondack chairs, fresh figs, cheese and chardonnay. It's also a great place to sit and read in the shade on a summer's afternoon," says Gleysteen.

The design of the exterior of the house is roughly based on drawings of nineteenth century American farm houses.

"We are very inspired by the proto-modern, functionalist architecture of the New England Shakers. This is reflected by the simple shapes of the main house, but embellished in a most un-Shaker-like manner by pergolas, porches and columns. Our aim was to make the house look like it has always been an integral part of its surroundings."

Gleysteen says the more traditional exterior serves as a buffer to hide an iconoclastic approach to interior architecture.

Off the front deck is the family dining room where meals are consumed, newspapers are read and homework is completed. It was originally built in 1998 as a screened porch, but later converted.

The barrel-vaulted ceiling is inspired by the great cabins of old sailing ships. The walls were hand-stenciled by artist Julia Purinton and are based on pre-Raphaelite interiors and Venetian fabrics created by Fortuni.

The new master suite was built over the front porch. Piles were driven into the ground in front of the house, columns added and the second floor stretched out to meet them.

The addition has a large gable with Queen Anne-style detailing, which camouflages the house's original identity. The gable was achieved by adding height and a broad vertical face, articulated with columns, to the street.

"By doing this we changed the identity of the house from a modest single family cottage into a pocket-sized country house. In fact, our nickname for the house is the pocket palace."

The living room and stair hall of the house were rebuilt to accommodate the Gleysteens' growing art collection. Detailed attention was given to lighting in these spaces.

"Our art collection is very eclectic, reflecting our background and life experiences rather than an organized educational choice. Works include Chinese watercolors, modern paintings and nineteenth century seascapes."