Picture this Discover this article's resources 0

Steep building sites raise numerous issues for architects, but these are usually more than offset by great views.

This Queenstown project is a case in point. Designer Sue Hillery says the site has a particularly steep 40° slope, which added to the challenge of planning a large holiday house with a swimming pool and outdoor living areas.

"While maximising the view was an obvious priority, there was also a need to ensure there was plenty of natural light, including direct sun. The house faces southeast, which is not ideal for sunlight."

Hillery says the solution was to design a long, two-storey volume with a cantilevered concrete lap pool on the lower level. The site was levelled at the rear to create an outdoor terrace on the northwest side of the house, in addition to the decks facing the view.

"The terrace and retaining walls are lined with large lava stone tiles that enhance the sense that the house is carved out of the hill," the designer says. "With the cast in situ concrete pool resembling a moat around the bottom, the house is like a bastion – a solid, permanent structure on the mountainside." 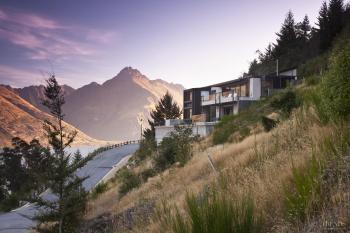 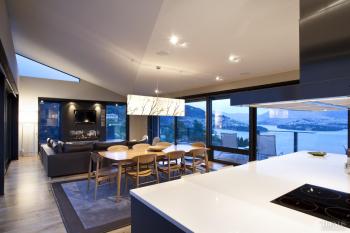 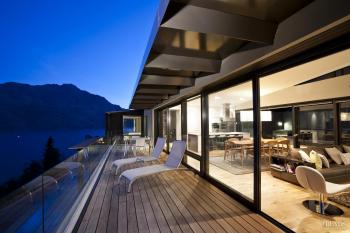 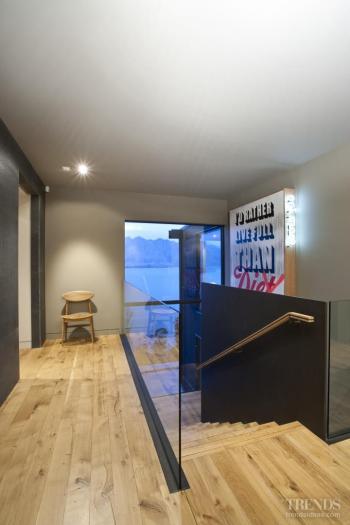 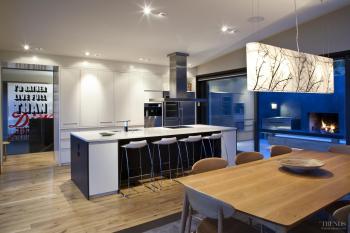 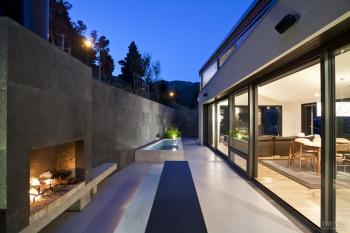 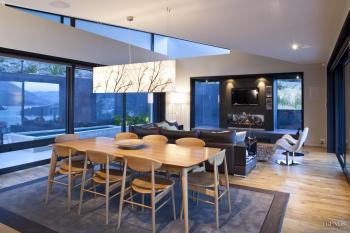 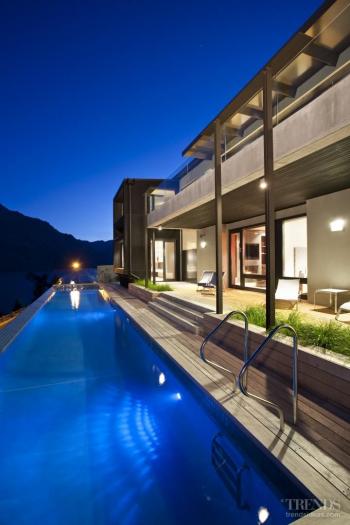 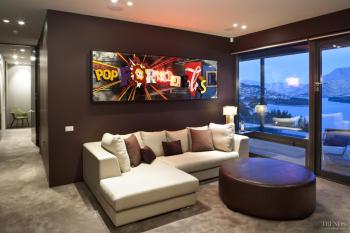 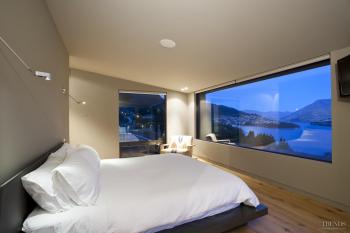 The terrace, off the main living room, incorporates a built-in gas fire and reflection pool, and is an alternative sheltered outdoor living area. Additional protection from weather extremes in winter and summer is provided by large overhangs on the exposed elevation.

Hillery says the rear terrace allows light to enter the house from the northwest. The roof is also raked up on this side, with clerestory windows bringing additional light into the main living area.

"The triangulated geometry of the roof mimics the shape of the site – the slope of the gable follows the line of the hill," the designer says.

To reinforce the link with the outdoors, several materials appear both inside and out. The steel fireplace surround, for example, creates a box that protrudes through the wall to appear on the exterior. Similarly, a double-height blackened cedar box accommodating the study and master suite is cantilevered out from the main volume of the house.

"The materials are quite elemental, and were chosen to enhance a clean-lined simplicity," says Hillery.

In keeping with this approach, the open-plan living area occupies almost the entire length of the top floor. Interior designer Stephen Burke says the interior has a slightly Scandinavian feel, which fits with the alpine setting.

"The interior design was all about paring everything back," he says.

"It was important to keep the design simple, so the interior would work with the view, not fight it."

Burke says the starting point for the furnishings was the dining suite – in particular, the Takahashi dining chairs.

"Once we found these, everything else followed. While it's a very modern look, it is also quite organic. Designer furniture, including two Finnish swivel chairs, is paired with custom-designed pieces, such as the leather corner sofa."

The kitchen features white-lacquered cabinetry designed to provide a neutral backdrop to the living area and view. As both owners enjoy cooking, it was designed so more than one person could work at the same time.

Other key features of the interior include an alpine-style sauna and gymnasium off the master suite, and a media room on the lower level.