Trying to incorporate the tastes of two separate individuals when redesigning a bathroom is difficult. One solution is to avoid compromises, and simply have one bathroom each.

Two separate bathrooms were the answer for the owners of this home. Architect Charles Warren says the female owner wanted her bathroom to be unmistakably feminine, saying she wanted it to be so feminine that no man would ever want to set foot in it.

This meant her husband was able to create a separate, suitably masculine bathroom, and both partners were happy.

"Originally, there was only one bathroom, so a bedroom had to be converted. The master bedroom is at the center of the suite, with private dressing rooms and bathrooms on either side," he says. 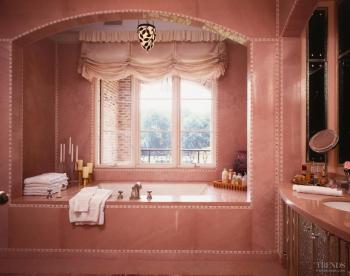 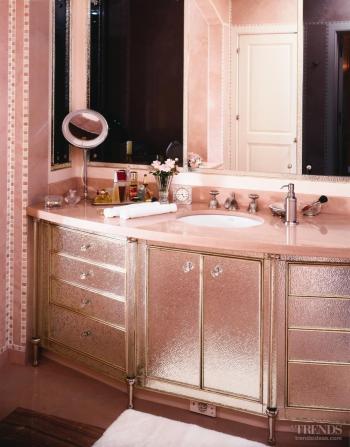 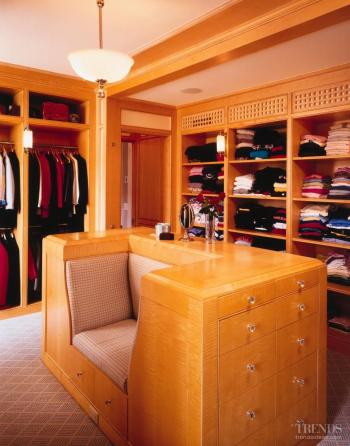 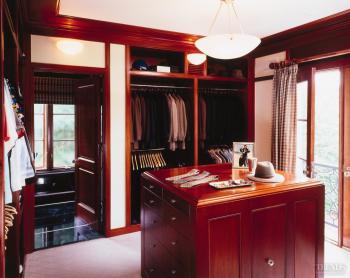 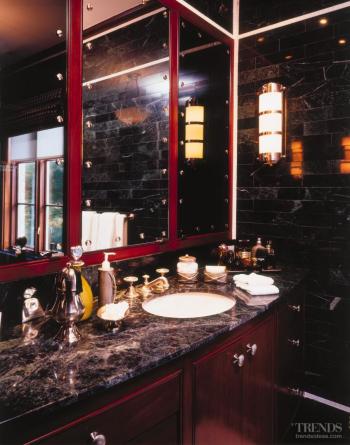 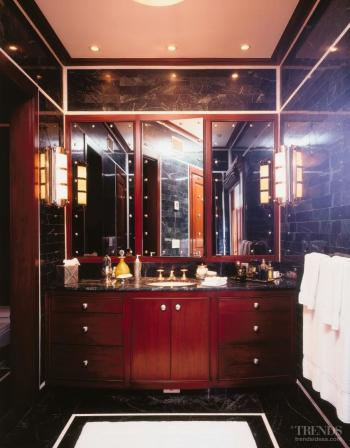 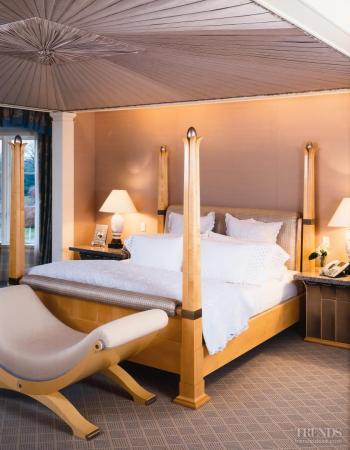 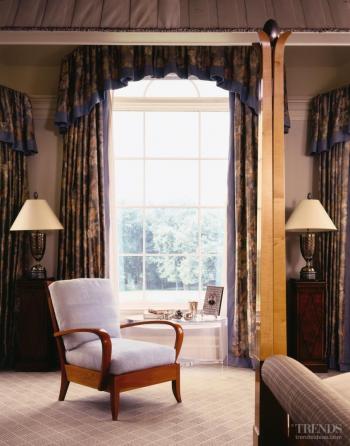 The feminine bathroom has both a tub and a shower, toilet, bidet and vanity. Lightly figured pink marble was chosen for the walls, which were pieced together from individually cut slabs of stone.

"It all had to be templated so we could ensure it would fit perfectly," Warren says.

Tiny pink and white marble square tiles run around the perimeter and corners of the room, dividing it into separate sections. To continue the pink theme, the floor is inset with a single square of pink onyx.

The bathroom is flooded with natural light, as there are windows on both sides. This draws attention to the use of highly reflective materials.

"It's all about shimmering surfaces. The effect on the vanity front is created by pebbled glass with a mirrored back. We used silver leaf on the edges of the vanity drawers, and the door handles are glass," Warren says.

The bathroom leads directly to a large dressing room, with ample storage space.

"She has a lot of clothes, and wanted to be able to buy more, so she needed a lot of space for storage," Warren says.

Her dressing room has pale sycamore cabinetry, while his has darker mahogany cabinetry.

The masculine dressing room and bathroom are located on the opposite side of the master bedroom. This bathroom has a toilet, vanity and large walk-in shower. The walls are a much more masculine green marble, cut and arranged in a brick pattern rather than single slabs.

"This marble was more highly figured than the pink marble, so we cut it into bricks to avoid having big swirls running across the walls," Warren says.

Square, white tiles are used in the same way as the small tiles in the feminine bathroom, and divide the room into panels. Mahogany is used for the vanity and other joinery, which complements the dark tones of the marble. Both bathrooms have televisions, hidden behind two-way mirrors.

The bedroom is neither overtly masculine or feminine, though several themes from the feminine suite – including the use of reflective materials and sycamore wood – are continued into this room.