Past meets present at Silverdale Centre

Silverdale Centre by The Warehouse Group

Past meets present at Silverdale Centre

New retail centres can struggle to provide a sense of community – by definition they don't have an evolving character. But with a little foresight and research they can make a vital connection to their surroundings, as this project demonstrates.

The new Silverdale Centre developed by The Warehouse Group is located on Auckland's northern corridor, in one of the fastest growing regions in New Zealand – an area earmarked as the future commercial heart of the Hibiscus Coast.

The development sits on land acquired by the group 15 years ago and is designed to provide a full range of retail services, including stores, cafés and banks. There are also two anchor stores – The Warehouse and Countdown.

Back in the late 1990s, The Warehouse Group could see the future potential of the site, which has a catchment area of 47,000 people. The centre was consequently designed to meet the needs of a rapidly growing population, which is expected to increase to 53,000 by 2020.

But as well as meeting the shopping needs of the wider community, the centre needed to set a benchmark for sustainability, and the owners wanted to preserve the story of Silverdale. This was part of the brief given to Stiffe Hooker, the company commissioned to design and engineer the project. 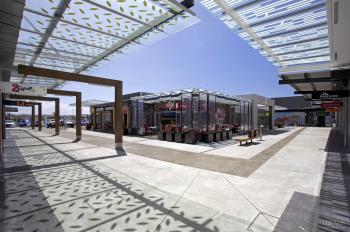 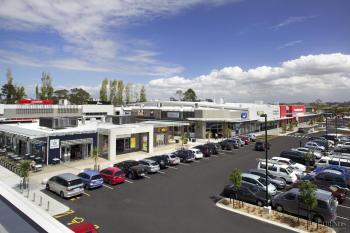 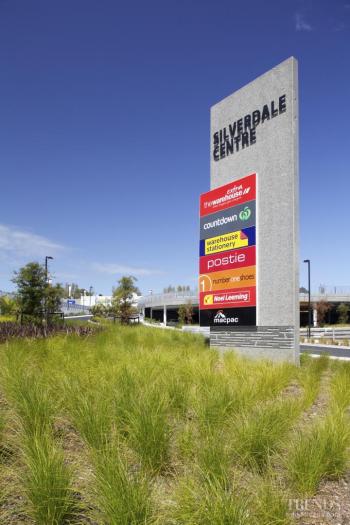 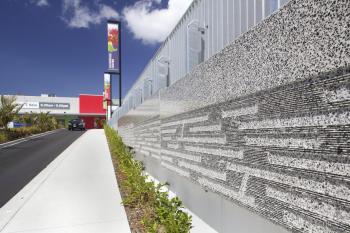 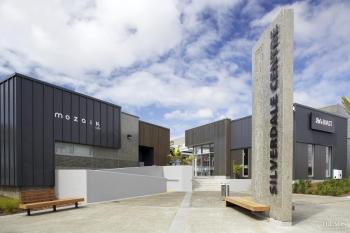 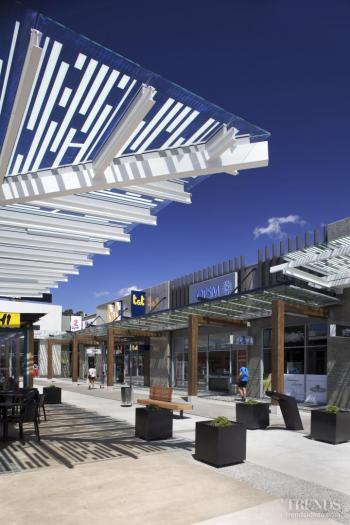 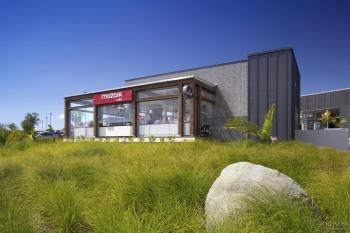 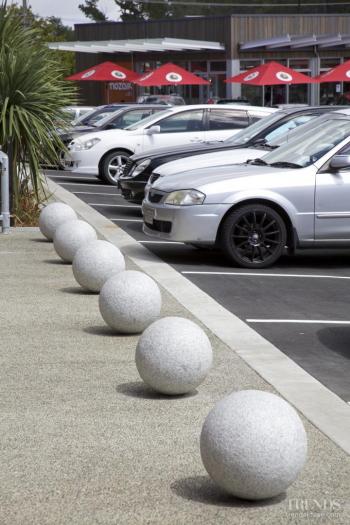 Stiffe Hooker interior designer Lauren Stonnell says the initial research into the design focused on information sourced from the Silverdale Pioneer Village & Museum. The design team learned about the history of the area, the changing names of the settlement and the distinctive qualities of the geology, river and surrounding landscape, as well as early trade from around 1840.

"The museum offered a lot of information on the stratification of the land, the geology and different levels of matter that make up the ground below," says Stonnell. "This information influenced the design of the abstract linear patterns that appear on precast concrete panels and glass canopies throughout the centre. They are a representation of stratification and time."

Stonnell says other materials used in the centre were selected to evoke the natural environment while creating a vibrant, ambient retail space in tune with emerging trends and lifestyles.

One of the most significant finds in the area was a collection of rare concretions. These spherical formations are formed underground over time and comprise a volume of sedimentary rock in which mineral cement fills a porosity within layers of sedimentary strata.

"To highlight and provide a visual reference to this unique local feature, large round concrete bollards were placed around the precinct," says Stonnell. "Concretions found in the excavation were also placed in key positions."

Stonnell says another design influence was the dense kauri forests that once occupied the land.

"The felling and milling of these kauri forests generated the first source of commercial trade. This further inspired the selection of materials and graphic treatments. For example, solid timber walkways within the complex depict kauri trees; and areas of paving have been saw cut in angular slices to reference the felling and milling. As well, colourful green kauri leaves adorn glass canopies, and bright gold, ochre and amber resin inserts in the paving acknowledge the early gum trade."

Native plants also feature throughout the landscaping, and help to enhance the connection with the natural environment.

The Silverdale Centre is the largest development undertaken by The Warehouse Group, and The Warehouse store is the third in Rodney, operating alongside existing stores in Whangaparaoa and Snells Beach.