Behind the scenes, this historic Arts and Crafts-style house has been transformed with a lively, updated interior

Past is present Discover this article's resources 0

Owners of properties in areas of historical significance are effectively custodians helping to preserve the nation's architectural heritage. Not surprisingly, such houses are subject to restrictions when it comes to remodeling, most of which are designed to ensure the original facade remains intact.

This house, in the historic Brattle Street area of Cambridge, MA, has undergone a substantial remodeling program, but the scale is not readily apparent from the exterior, says architect Pete Lackey of Charles R Meyer & Associates.

"The front has changed very little, but it has been refreshed with new paint and mortar that was closely matched to the original," he says. "The inside, however, has been completely transformed to make it much better suited to modern living."

Working with interior designer Courtney Taylor of Taylor Interior Design, the owners and S&H Construction, a company that has helped remodel many historic houses, Lackey used the kitchen as a starting point for the remodel.

"The existing kitchen was close to what would have been the servants' quarters, but it needed to be much more accessible," says the architect. "We brought it right into the center of the house, which then determined the position of the family living areas and the new stairwells. As a consequence, every space inside the house has been changed." 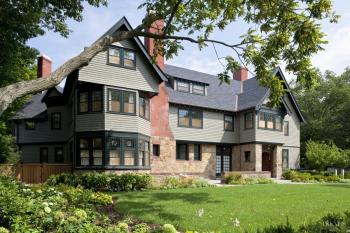 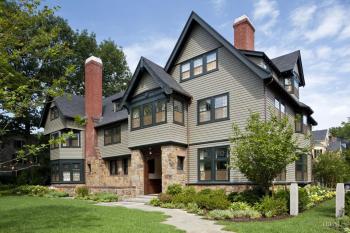 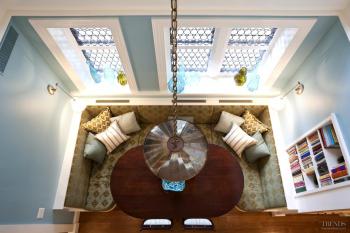 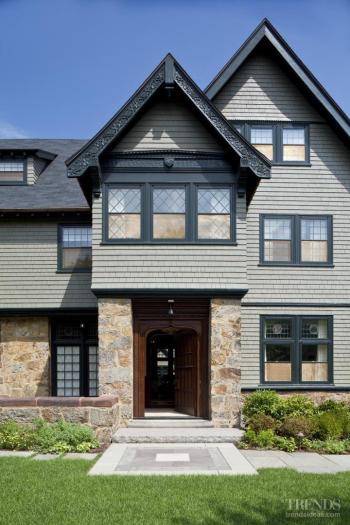 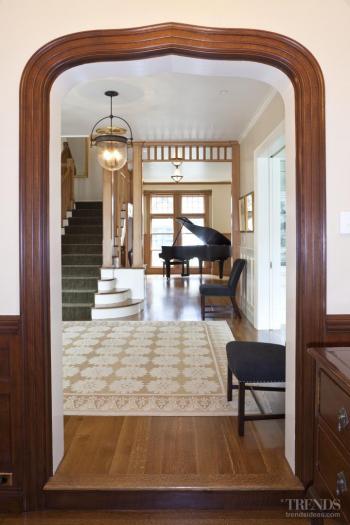 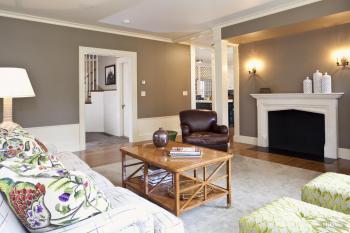 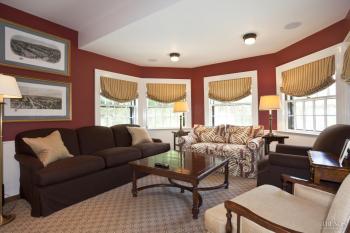 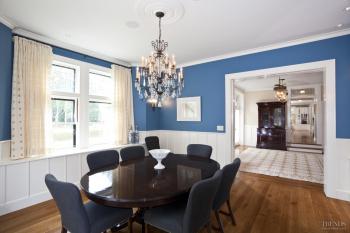 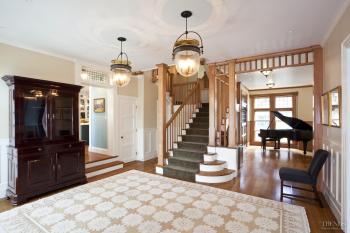 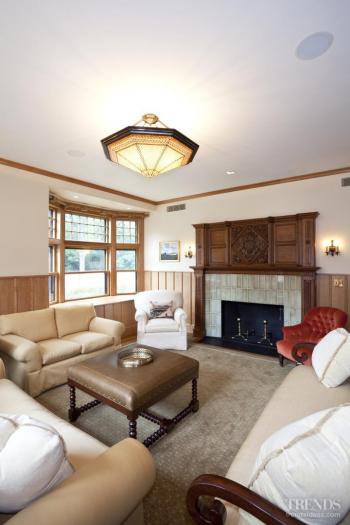 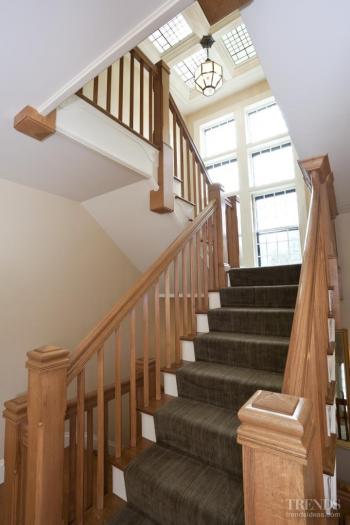 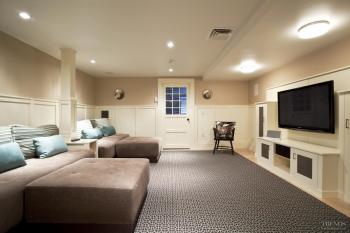 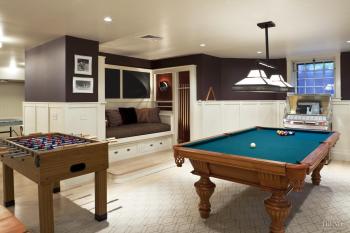 Moving the kitchen into an area that was formerly a wide hall and stairwell meant there was a need to address the problem of light. Introducing a series of windows to the back wall of the kitchen provided natural light and a view of the rear yard.

But the main source of light comes from a new double-height void above the casual dining area in the kitchen. This creates a bright airy space and allows light to filter down from large windows on the floor above.

Three existing square windows in the kitchen were also doubled in size. Glazed with circular bottle glass, their translucency provides light and privacy from the street.

Lackey says the main stairwell was moved to the foyer immediately behind the front door and vestibule, creating a more gracious entry and improving the circulation. Wide openings between all the formal and informal living areas also ensure there is an easy flow through the house, which suits the relaxed lifestyle of the owners, who love to entertain.

"We amplified the sense of openness, so there is a much better visual connection, both across the house and between the different levels," says the architect.

A lively color palette also reflects the energy of the young household.

"The owners didn't want a stuffy, formal interior," says Taylor. "It needed to be more whimsical and maybe a little playful, but not over-designed or trendy. And we needed to ensure it wouldn't date. We didn't want to create too much of a departure from the historical architecture."

Bold, updated colors feature in many of the main rooms, where they are contrasted by extra high-gloss white-painted millwork. The central circulation areas are a light buttermilk shade.

"This neutral tone runs through the spine of the house, balancing the brighter shades, and providing a calming backdrop," says Taylor.

In keeping with the era of the house, new paneling was introduced to several rooms, both formal and informal. Both the paneling and the mouldings have a simple, transitional styling that fits with the informal lifestyle of the owners.