Exotic, tropical and blessed with some of the most spectacular scenery on Earth, Indonesia offers visitors the impression they have discovered a rare treasure

Today's traveller wants every convenience on tap, but a visit to Indonesia offers more exotic rewards than a wall-size television, silent air conditioning and 24-7 shopping. Remote, lush and tranquil, this tropical country encourages visitors to leave their cares at the airport and immerse themselves in its culture.

"The retreat is defined by the environment in which it sits. MesaStila is surrounded by eight volcanoes and nestled within 22ha of active coffee plantation and tropical jungle," she says.

The resort offers wellness activities with a Javanese and Indonesian flavour – such as batik drawing and pencak silat martial arts – set in and around buildings that reflect the days when the country was known as the Dutch East Indies.

"Arriving guests are greeted at the reception building. This colonial-era wooden structure, with a Javanese-style roof is a move away from the heavy masonry designs long clung to by architects from the Netherlands. 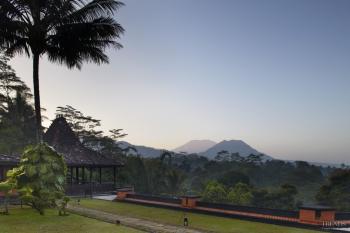 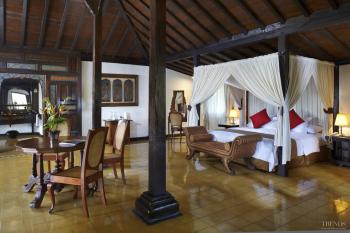 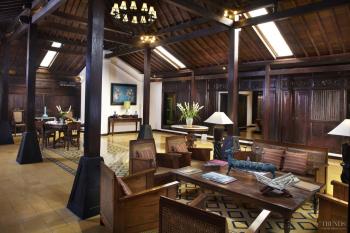 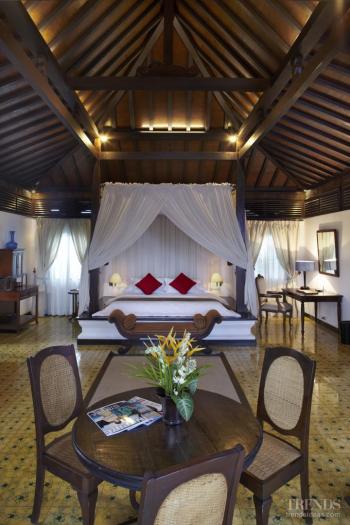 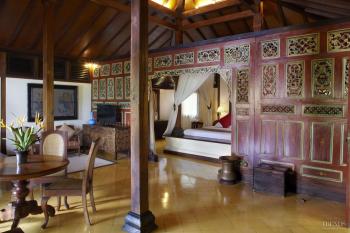 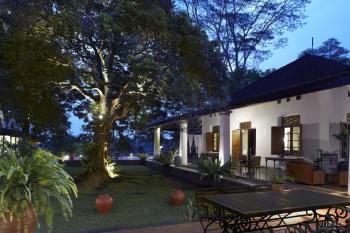 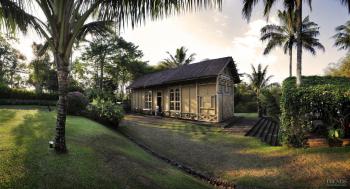 "Originally a railway station, the light, airy building was moved and reconstructed for a new lease of life at MesaStila," Utami says.

MesaStila's scenic location was once an expansive coffee plantation – the original homestead has been turned into the Clubhouse at the resort. Built in 1927, this building has classic Dutch colonial features, such as pillars, masonry walls and heavy interior woodwork. However, this Indo-European hybrid villa does feature some concessions to the climate, with its Javanese roof form and other general similarities with traditional cottages.

"The Clubhouse is the heart of the MesaStila resort in many ways," says Utami. "Everything from casual teas to large, formal gatherings are held here. Outside, a labyrinth-pattern pebble meditation provides a place to wander along and enjoy some peaceful contemplation."

The 23 guest villas at MesaStila effectively constitute a village, built on the top of the hill, right in the middle of what was originally the coffee plantation. Sizes range from 80m2 to 135m2 and all feature large living areas and verandas which take in the views of the manicured gardens, the verdant jungle, the sea and mountains.

Each room has been rebuilt from a traditional Javanese wooden house and is decorated with original antiques and local art collections.

Coffee is still actively grown and produced at the MesaStila resort and the fragrance of coffee trees in bloom can be enjoyed from the one-bedroom Plantation and Arum Villas. Ambar Villas offer two bedrooms, and the grand Bella Vista Villa comprises two freestanding and three adjoining historic villas – once part of a nearby royal court. This has five bedrooms, and its own pool and garden.

Also built in the traditional open Javanese style, the spa restaurants, Java Green and Java Red, overlook the infinity-edge swimming pool and adjacent paved areas. The pristine view is made the more distinctive by the copper-domed vents of the Turkish Hammam spa situated on the level below.

While the health and wellness resort offers every contemporary convenience, it is the exotic setting that truly inspires guests, says Utami.

"And the authentic historic architecture here helps capture their imagination. The Reception and Clubhouse buildings call to mind Java's rich traditional culture and more recent colonial past. Guests have the sense of being in another time and place – a total escape."