Outside the square Discover this article's resources 0

The Cairns Institute is a research facility attached to James Cook University in Queensland, an academic body that aims to become one of the world's leading research centres on the tropics. What better way to symbolise this goal than to create an eco-friendly building that embodies the spirit of the host landscape.

The brief for the Cairns Institute called for three distinctly different, but related, components, says Mark Damant, project architect for Woods Bagot, the firm that undertook the design of the facility.

"Combining private teaching, research and work areas, the institute had to offer a dynamic, contemporary working environment that would attract specialists from around the world.

"The building is formed around four main research groups and a management component. Requirements included teaching spaces of varying sizes, including a flexible 200-seat auditorium, as well as a café and expansive central foyer."

The building's architecture relates to both its setting and its use. The principle public elements are two Corten steel-clad concrete pods – one containing the auditorium, the other for multifunctional teaching spaces. Offices and research spaces are separated from these pods by the foyer, which can be accessed from two sides of the building. 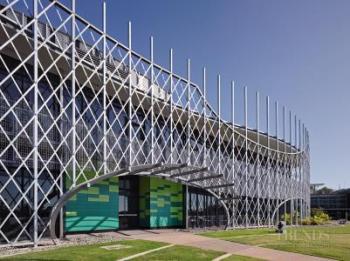 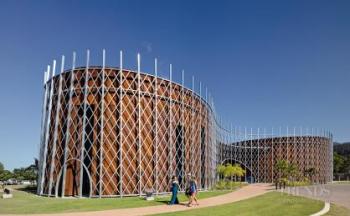 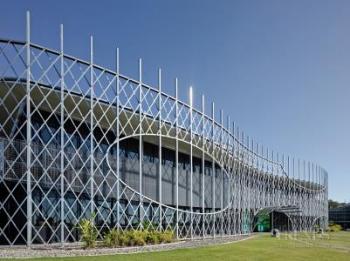 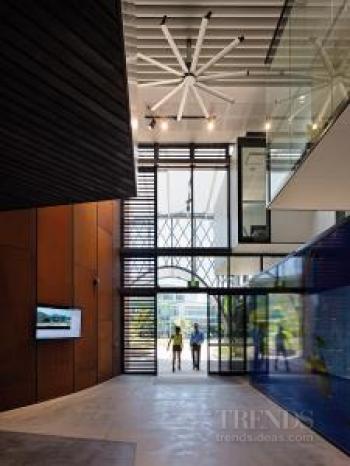 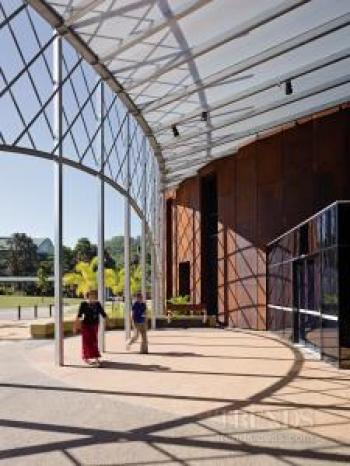 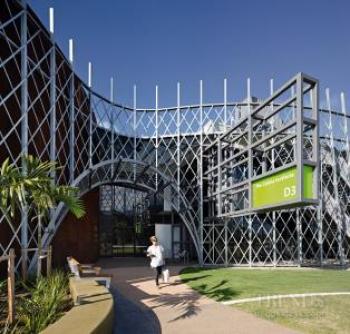 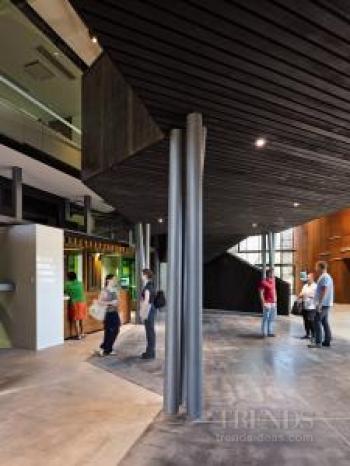 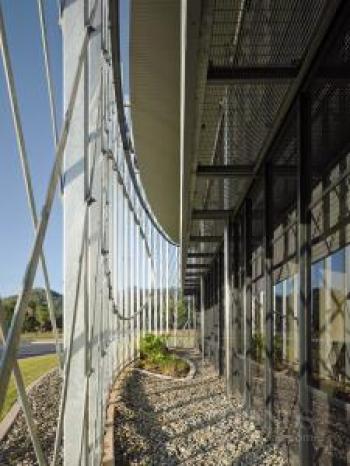 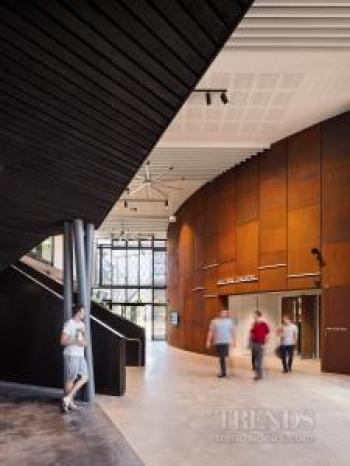 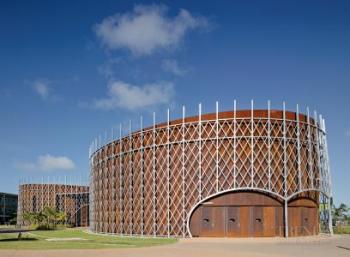 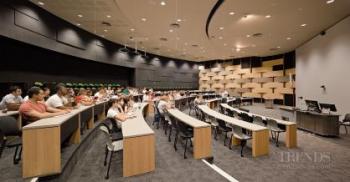 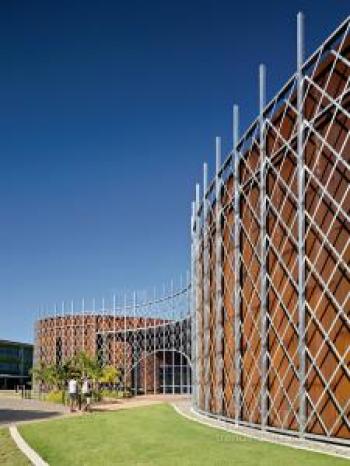 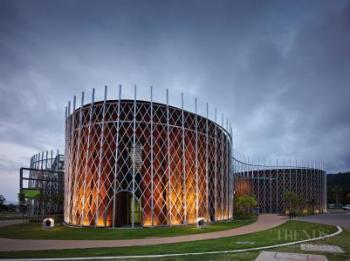 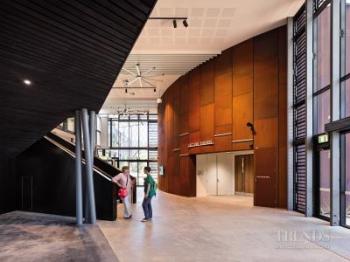 However, it is the distinctive combination of a giant trellis over the Corten metal skin which gives the building its immediate wow factor.

"By super-sizing a trellis onto the building form we were able to create a design that reflects the combination of flora and ‘building' as a symbiotic relationship. The trellis as an armature allows for the ability for the building to have a direct, uncomplicated reference to the rainforest which surrounds the building on three sides. It is also intended to assist with sun control and in the future, camouflage the building within the landscape, once planted.

"In this way, the trellis becomes a place for experimentation on the building itself, creating a visual representation of its context."

The central foyer has been set up as a space between functions, much like the interstitial spaces found in living things.