Four containers were linked to create this innovative café and showroom, which will be moved at least twice within the next 10 years

Outside the box Discover this article's resources 0

For this sales office at Long Bay, Todd Property Group took a very different approach. The company commissioned a mixed-used building that would accommodate a café and a sales office, yet still be easily moved to a new site when required.

The key component for the design? Four new shipping containers from Cubular Container Buildings. Initial concept plans were drawn up by Madeline Sharpe of Construkt Architects, with the company also handling the resource and building consents. The initial interior design concepts were provided by Kirsty Mitchell of Veneer.

Cameron and Ingrid Cotton of Cubular then developed the original drawing and design for both the architecture and interior design, established key technical points that impacted on the design, carried out documentation, and built and project managed the build.

"Todd Property Group wanted something quite different from a stock-standard sales office," says Ingrid Cotton. "It needed to be exciting, and it needed to draw people in, but the design also had to reflect the temporary nature of the project." 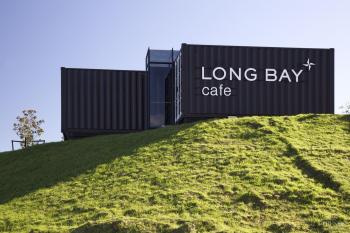 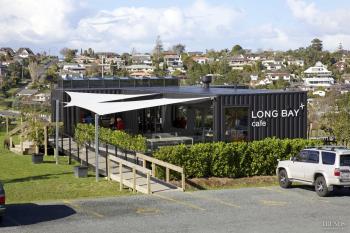 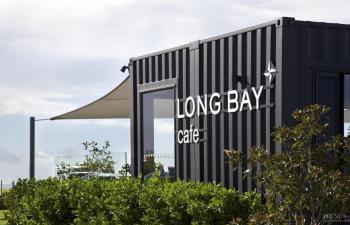 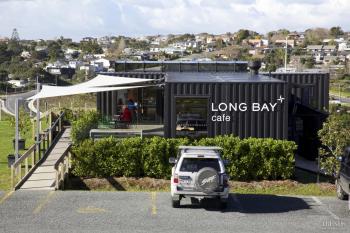 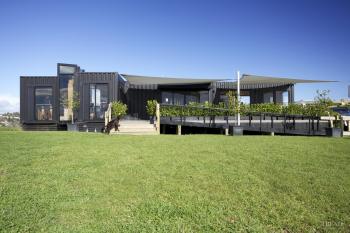 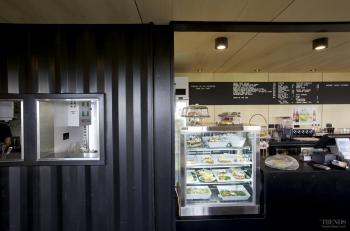 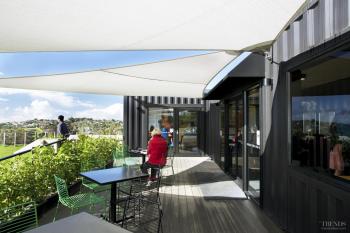 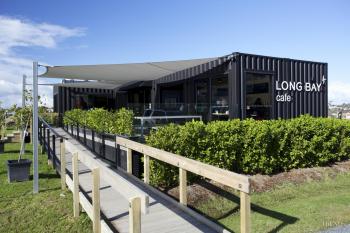 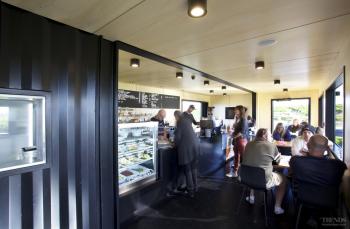 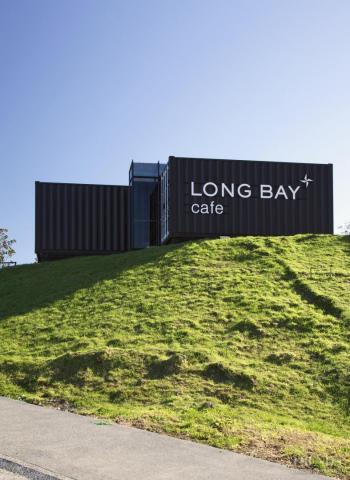 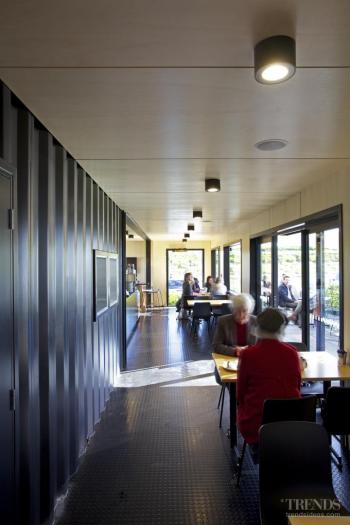 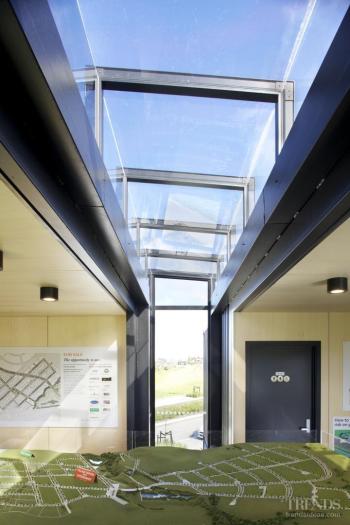 Because the Long Bay development is in three stages, the building will be moved twice within the next 10 years, and then again on completion.

"For this reason, the entire structure is built to be easily transportable – even the foundations can be moved with the building," says Cameron Cotton.

Two parallel 40ft containers were opened up to create the café, with one container housing the seating area and the other accommodating the front of house facilities and commercial kitchen. Perpendicular to the café is the showroom, comprising one 40ft and one 20ft container. These buildings are linked by a raised glazed atrium roof that brings natural light into the display area and adds visual interest to the roofline.

"Because each module was built in the Cubular warehouse and shipped to the site, there was no margin for error," says Cameron Cotton. "Even the negative detailing had to perfectly align when the two halves were put together."

To provide a distinctive landmark on the greenfields site, the Corten steel sheathing of the containers was painted in Hempel container paint in matt black. Steel members framing the windows are also black. The colour and material palettes continue on the interior, with the side of one container forming a textural wall in the café. And black-painted architraves and jambs frame the expansive views to the sea.

"The imported light fixtures, both inside and out, were also powdercoated in black to keep the look very contemporary," says Ingrid Cotton, who was responsible for the interior design and lighting.

"In contrast, all the ceiling and wall linings are a European birch plywood that has been given a matt polyurethane finish. We didn't want a cold, industrial look – the interior had to be modern and streamlined, but it also needed to be warm and inviting. It was important to encourage people to linger and return, and enjoy the unique aspect."

Not surprisingly, effective insulation was a key consideration – being smallish spaces with a black exterior, overheating could have been an issue in summer. Consequently, the containers are lined with a silver foil material developed by the NASA space programme. Pink Batts were also installed, and Expol insulation added beneath the floor. LED lighting was chosen to minimise heat emission, ensuring the interior is comfortable in all seasons.