Out of the past

Out of the past Discover this article's resources 0

The sensitive renovation and expansion of a classic house will defer to the august look of the original structure. A rework also brings the chance to put right any wrongs accrued from earlier remodels along the way.

There were many aspects to consider in the renovation of this traditional residence by architect David Gole. The owners loved their house – set prominently on a large block with mature jacarandas – but needed more space for their growing teenagers. To achieve this, the couple wanted to add a two-level wing, attached but subservient to their majestic single-level home. This was to accommodate three additional bedrooms, family living spaces and a garage, says Gole.

"Part of the brief was to reinstate original spaces, such as the side veranda that had been altered during earlier renovations. In addition, a new kitchen, side entry, and family dining area were required in the heart of the home."

Restoration work included the removal of an ensuite bathroom installed in the 1980s. In its place, a modern ensuite and dressing room were added to the master bedroom, borrowing space from a former nursery room.

The formal rooms feature slightly unusual horizontal wall boards – many of which had been obscured by the intervening refits. As part of the overall focus on authentic materials and artisan finishes, the architect exposed these boards and restored them.

View all 22 images in the gallery 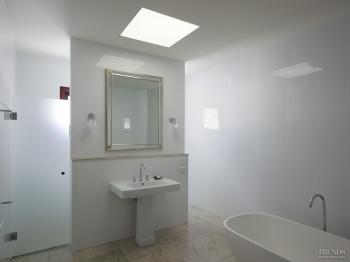 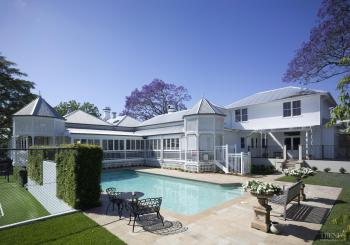 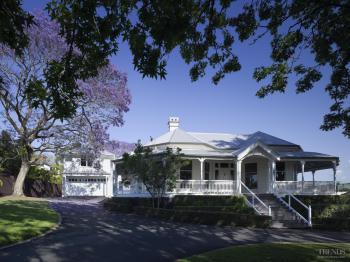 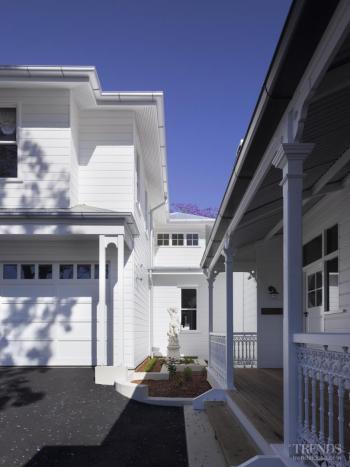 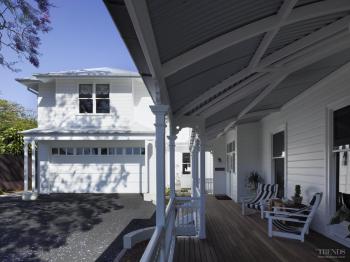 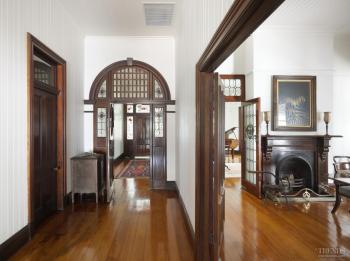 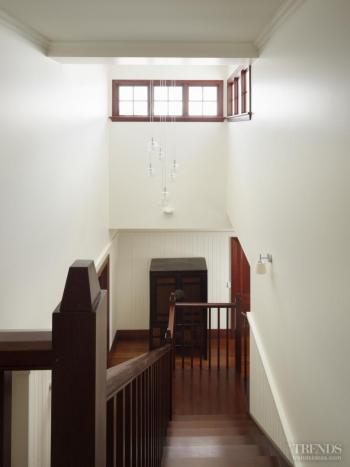 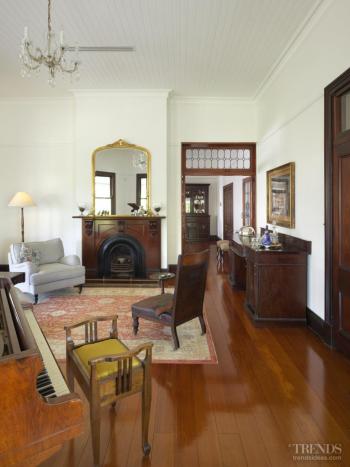 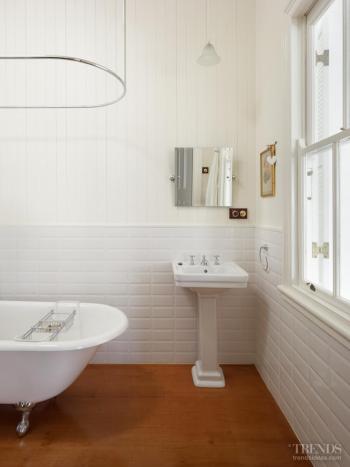 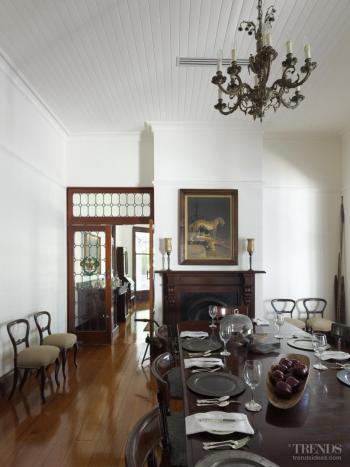 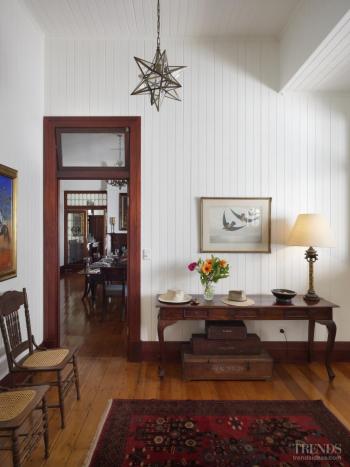 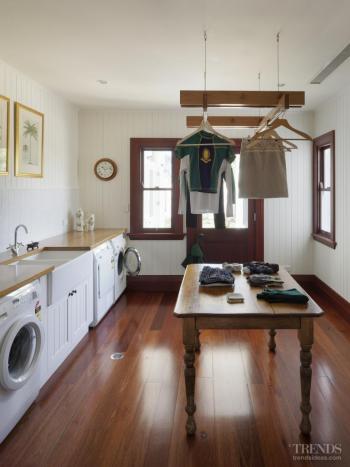 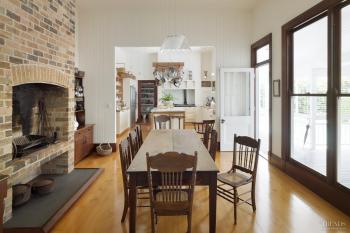 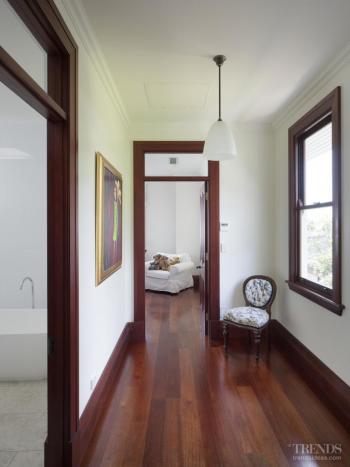 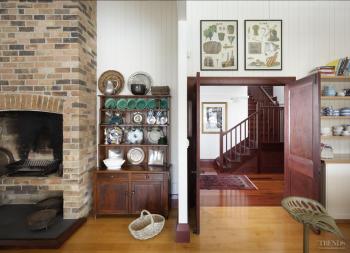 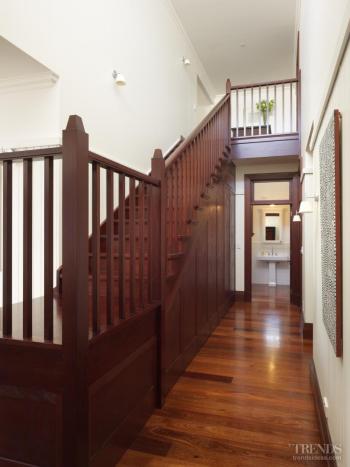 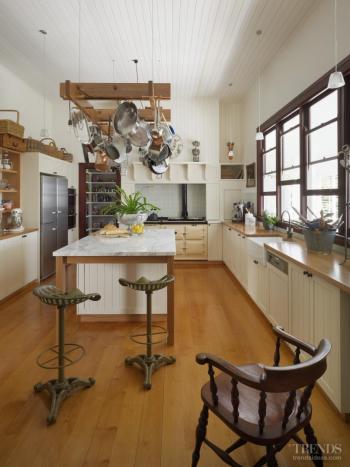 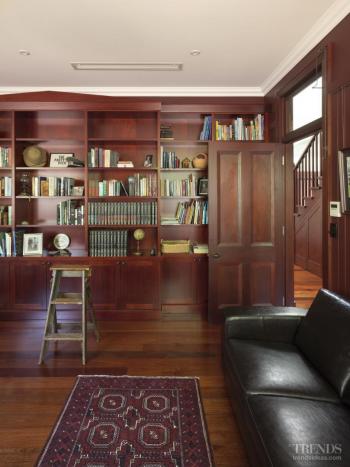 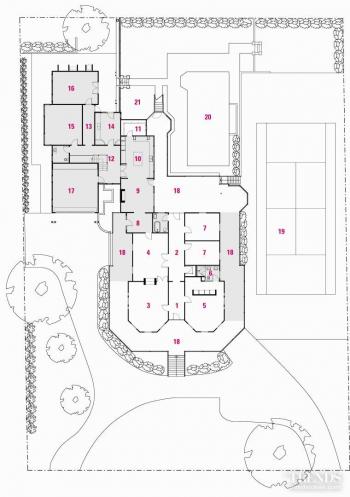 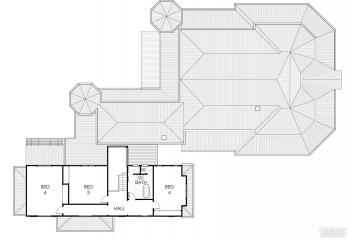 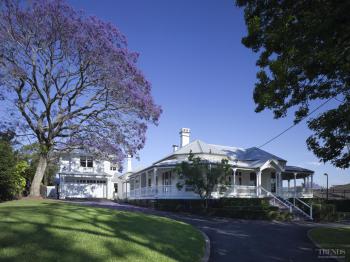 Looking from the street, the veranda on the left was also reinstated – this was previously enclosed and was used to house a modest kitchen. But the owners, both from the country, wanted a substantial, farmhouse-inspired kitchen that would provide a central hub for the interiors.

"An existing laundry and family area were removed and a new pantry, kitchen, kitchen-dining area and side entrance built in their place," says Gole. "The second entry provides an informal approach for friends and family, while guests still arrive at the front of the home."

The spacious, open-plan kitchen looks out to the pool and tennis court in one direction, to a covered space at the rear of the house and to the stair hall connecting to the new two-storey wing. This central position allows those at work in the kitchen to keep an eye on what is going on elsewhere in the house.

Double doors open the kitchen up to the dramatic new stair hall. One tricky aspect of the project was designing the two-storey wing in a way that wouldn't detract from the main, single-level structure, the architect says.

"The addition is offset and stepped back, with its own roof form. This position – and the single-level connecting space – ensures that the main house retains its integrity and significance."

The exterior of the wing is also sympathetic to the look of the house, further sublimating the extension. Traditional detailing is echoed but pared back – for example, the garage door panels, the windows sills and architraves are simplified versions of the originals.

Painting the two buildings white also drew them together.

The wing includes three large bedrooms and a shared bathroom upstairs. Downstairs there is a spacious, light-filled laundry, a large library that doubles as a study, a powder room, a media room, wine cellar and a three-car garage.

Wood flooring in the wing extends the vernacular of the house and – as with the exterior – interior detailing is continued in a simplified form.

Another important aspect of the renovation also deferred to the aesthetic of the house. A second garage space, water storage, and room for a future billiard room were part of the project. Rather than lifting the house to accommodate a lower floor for these elements, Gole chose to excavate.

"Raising the house would have spoiled its symmetry and created a disconnect between house and street. Instead, we created the required space by digging down and creating a subfloor."

Entry to the garage space at the front corner of the home is via a pair of gates. These are made of battens that blend with those beneath the veranda that surrounds it.

Finally, while the veranda by the new kitchen was opened up, another on the opposite side of the house received a quite different treatment.

"Pool regulations required the enclosure of the veranda on the other side of the house.

"This was managed with the introduction of timber blinds, as well as the use of balustrade and glass panels," says Gole.