Out of the past – reinvented interior on 18th century home

It is often the graceful exteriors, with their attractive symmetry and detailing, that appeal most to the owner of a classic home. However, while traditional looks are celebrated with roof tiles, windows, gables and sidings, concessions to modern living are likely required indoors.

This gracious home, which has been expanded and remodeled by interior designer and owner Patricia Finn-Martens, has a long, colorful past – it was built in 1768 for a sea captain who was subsequently lost at sea.

Over the years, the modest Cape Cod-style home has been extended from its core form, with new wings introduced on either side and Gothic gables added to the roof.

In 1991, the house was moved back from its street-front location, which at time of building was just a meandering lane, says Finn-Martens.At this point, a garage was tucked in under one wing and a deck added.

"My first step in this remodel was to build a new master bedroom over the single-story room added in the 1960s. We matched all sidings, window treatments and roof shingles to the existing exterior elements, except for a bay window that is of its own style. This faces the woods at the side of the house, so its individual look doesn't detract from the historic frontage." 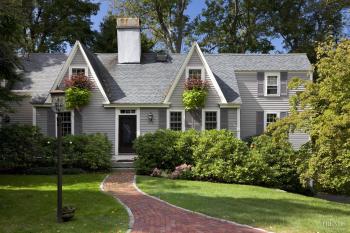 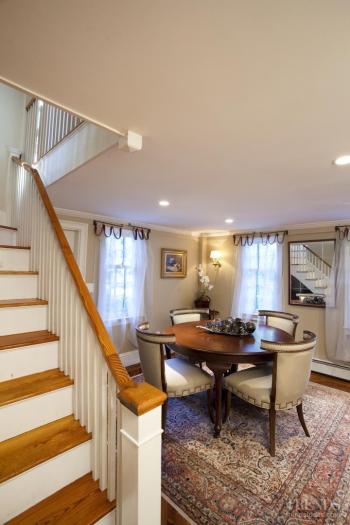 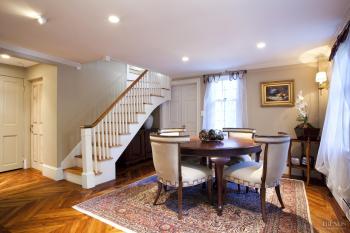 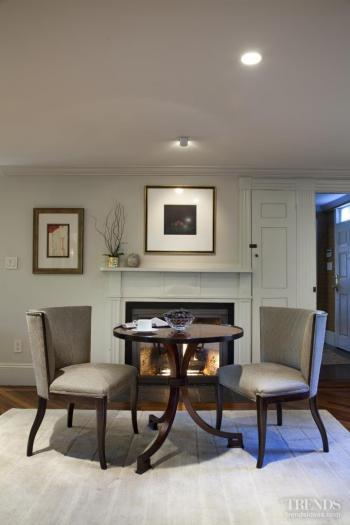 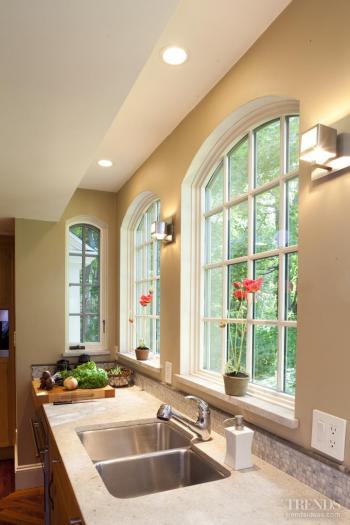 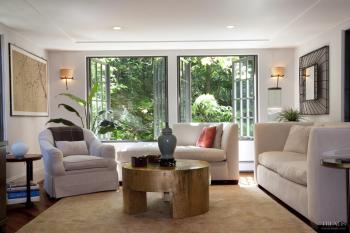 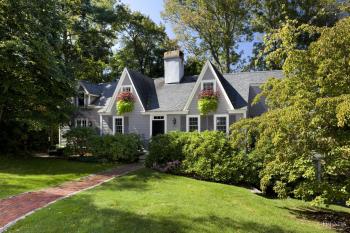 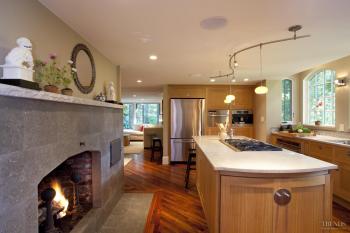 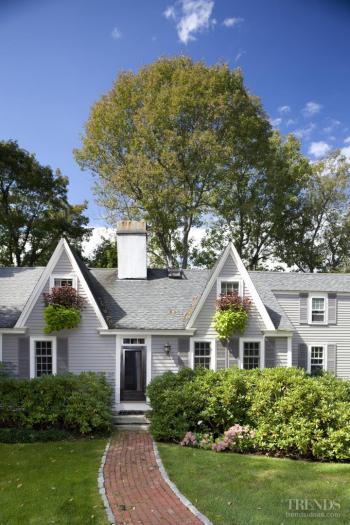 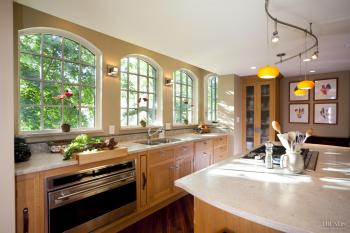 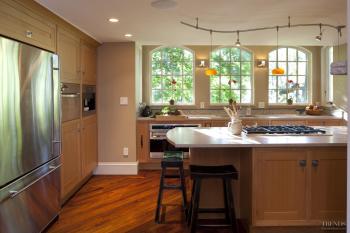 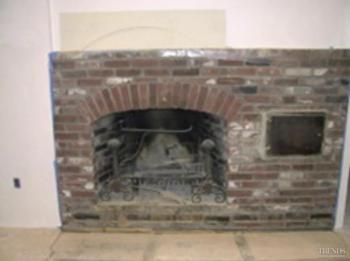 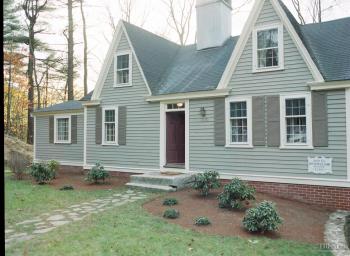 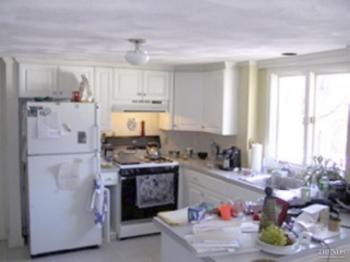 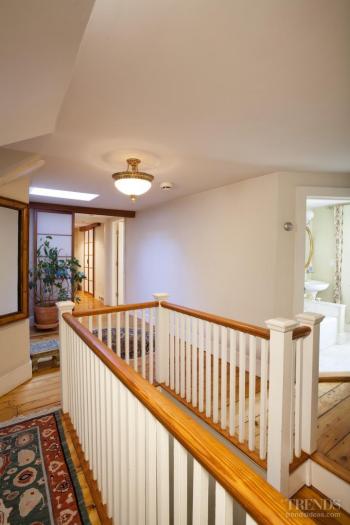 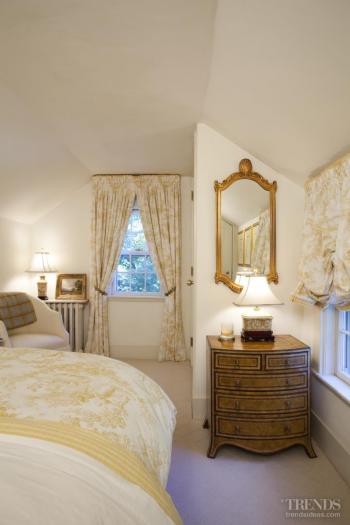 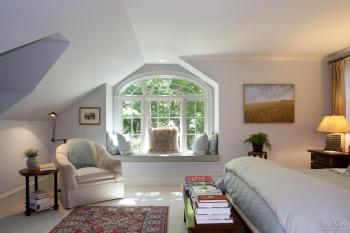 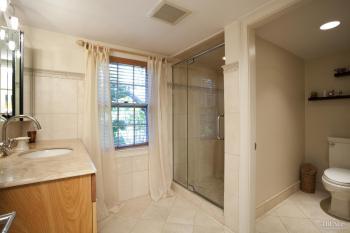 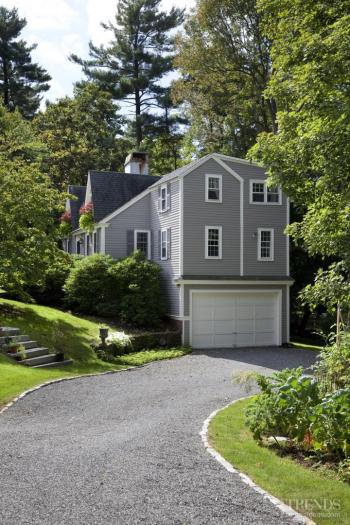 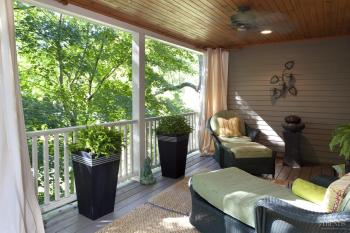 A snaking brick path has also been added as a fitting approach to the cottage-like home.

Indoors, Finn-Martens made more dramatic revisions. The original interiors had comprised a rabbit warren of small rooms, designed this way to conserve heating. Three fireplaces feed into one substantial chimney, which is the anchor stone of the original structure.

"Initially, I was happy with the interiors," says the owner. "However, after a design education in New York City, my tastes evolved. In pursuit of more generous, open living spaces, I removed two internal walls and shuffled rooms around, stripping most areas back to the studs."

The owner turned the existing living room into the dining area, and reinvented a den as the breakfast room. The old dining area, with walls removed, has been transformed into a spacious, clean-lined living room with open connections to the reconsidered, light-filled kitchen.

"In some areas, we retained the original mouldings; in others we stripped them out. The modern living spaces and master bedroom have detailing on the base boards only."

With various detail treatments in the home, it is the light tan color scheme and floor finishes that give the interiors cohesion. American walnut floors were laid through the public spaces. In the living room, breakfast room and kitchen the boards are set diagonally – partly to lead the eye between the adjacent spaces. In the new dining room, by the entry, they are set out in a herringbone pattern.

"The intricate patterning offers a dramatic feature and works particularly well in this self-contained space," says the owner. Using this throughout would have been too busy visually."

Two pairs of wide Marvin French casement windows double the amount of natural light in the new living room and at the same time take maximum advantage of the wooded outlook.

The kitchen has also been transformed. Finn-Martens extended its footprint by adding a substantial bay window at the rear of the home. The original fireplace in this room was refaced in limestone, replacing the tired brickwork that had covered it previously. And an obstructive raised hearth was removed, freeing up room space for the introduction of a new island.

"The kitchen has a light Asian aesthetic, a style I admire for its simplicity – the Smallbone by Devizes cabinetry is called Mandarin. There are no wall cabinets, because the ceiling height is only seven feet. Instead, cabinets are either undercounter or full height. The countertops, like the fireplace mantel, are honed limestone."

Upstairs the original master bedroom has been turned into a walk-in dressing room for the new master bedroom. As head height was limited, the latter has a shaped ceiling that corresponds to the roofline. Extra volume has been gained for the room by dropping the floor slightly, so that you step down into it.

The modest bathroom was also addressed in the remodel, albeit within the same footprint. A toilet cubicle was added, and the space is now finished in limestone for a luxurious feel.

In keeping with the interiors' contemporary sensibility, the furniture is eclectic, modern and understated. The various elements are pulled together by tonal harmony and a balanced scale. Ultimately this is a classically styled house with a contemporary, open-plan heart.