Out of sight – new penthouse on roof of 1930s building

Building an extra storey is a common way to extend the family home, but it's rare to see such an addition to a mixed-use apartment building.

Architect Kevin Ng of MPRDG says the owner of this new apartment, who previously lived on the floor below, wandered out onto the rooftop one day and could see the potential to build a penthouse on top.

"This was a solid masonry pre-war building with retail outlets on the ground floor and apartments on the two floors above," he says. "Its location, right opposite Bondi Beach, ensured there would be spectacular views. But it was also subject to building regulations, which determined that any addition needed to be designed so it could not been seen from the street – it could not dominate the existing architecture. There were also height restrictions and limits to the floor-space ratio."

Ng says weight was another issue, so the design team proposed a contemporary lightweight structure, clad in Alucobond.

"We wanted to provide a clear distinction between the old and the new. Consequently the penthouse is very modern, with a simple, angular form. The pristine, white metallic cladding, with its irregular jointing patterns, also makes a strong visual contrast to the rendered solid masonry building below. Because it is recessed back from the building parapet, the penthouse is hidden from the street – this also created plenty of space for a sun terrace." 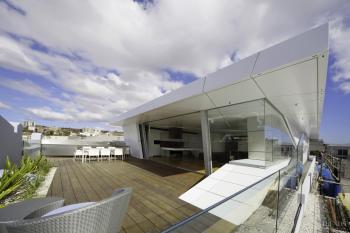 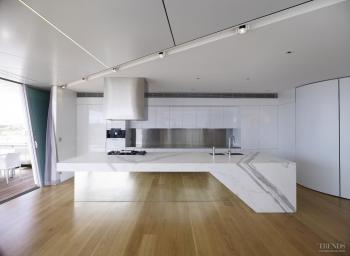 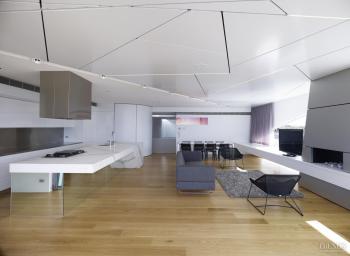 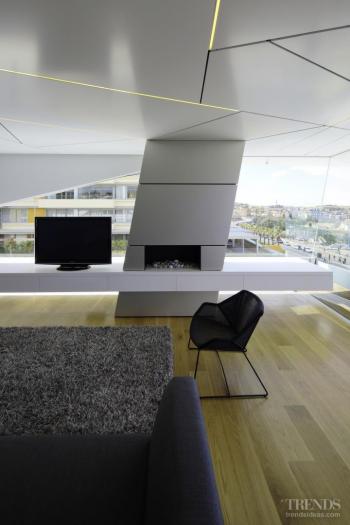 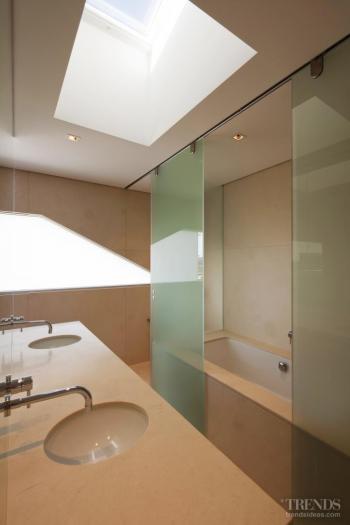 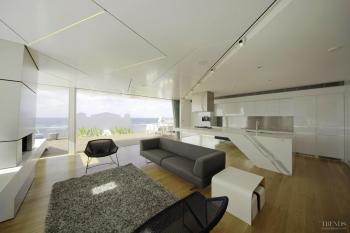 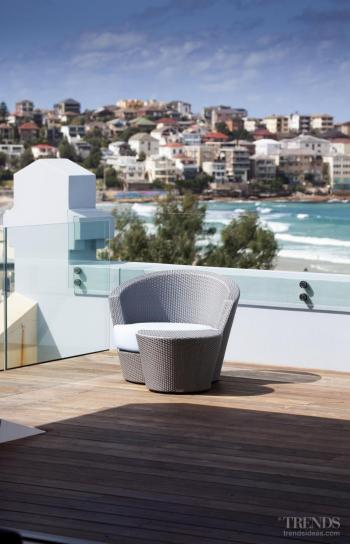 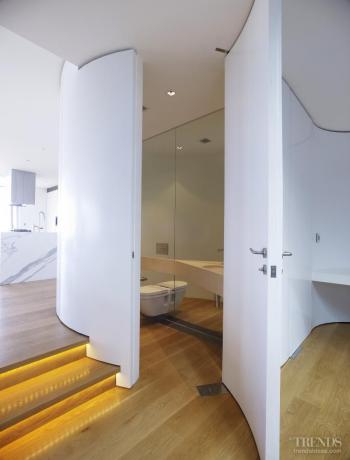 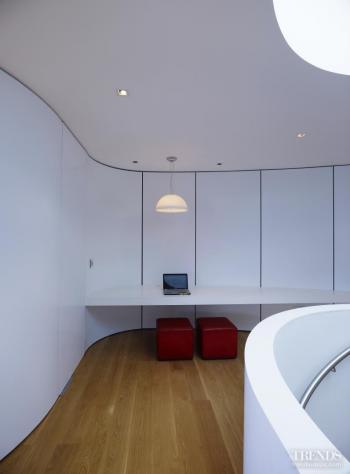 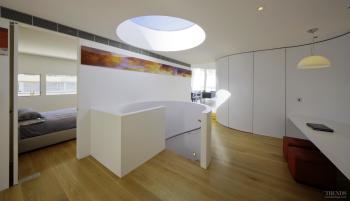 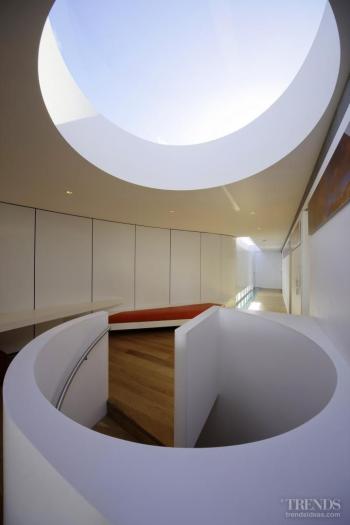 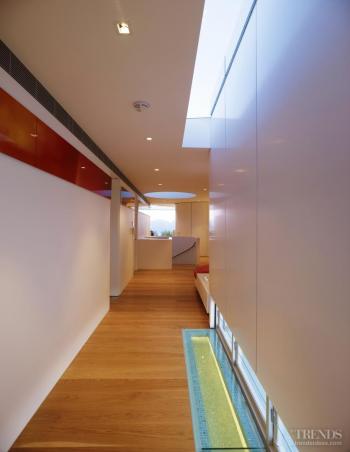 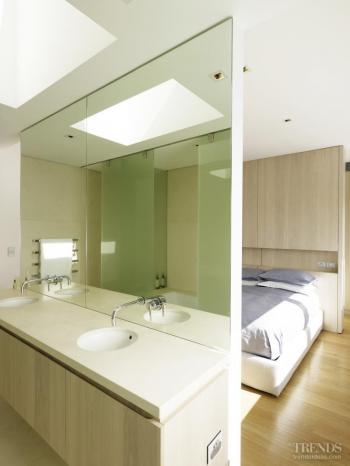 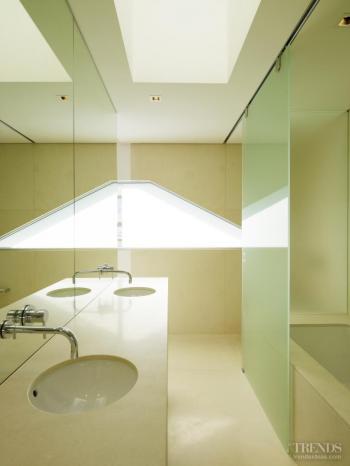 Access to the penthouse could have posed an insurmountable problem, but an existing alcove on the floor below provided an entry point, via a new spiral staircase.

"The shape of the spiral stair generated the curved language evident through the centre of the apartment," says the architect. "It also creates an interesting entry. The curved wall runs behind a study area and wraps around a powder room, which essentially disappears from view when the door is closed."

A large circular skylight is positioned directly above the spiral staircase, echoing its shape and introducing plenty of natural light to the middle of the apartment.

"This circular form also provides a strong interplay with the angular elements evident in the rest of the apartment," says Ng.

Additional natural light is provided by a long narrow skylight that runs most of the length of the passage leading to the bedrooms. Another long low window on the same wall also brings in light, and shows up a novel water feature; a reflection pool, beneath a toughened glass floor, runs from the outside to the inside.

"This side of the building does not have such an interesting outlook, so we chose not to include larger windows," says the architect. "For visual continuity, we have clad the entire wall in the same Alucobond as the exterior."

The visual link between inside and out is further reinforced by the main living space, which features irregular jointed ceiling panels. These mimic the form of the cladding on the exterior of the building, and are illuminated by LED strip lighting in the joints.

The fireplace is another angular element. Its grey Alucobond panels link with the exterior and also conceal an angled structural column. A long, low white bench runs the length of the living room, making a tabletop for the television and a hearth for the fireplace. It extends outdoors, where it forms a ramp to the terrace, creating a curved, built-in sun lounger.

Angles also define the kitchen, which is enhanced by a dramatic Calacatta marble island with an angled waterfall side. With expansive mirrored panels on the island, the chunky marble top appears to float within the space.

Ng says building the penthouse provided a win-win situation for all the owners. The money gained from the sale of the rooftop space was reinvested in the building, which now boasts refurbished public areas, new awnings, and new render and paint on the exterior.

"The project proves that rejuvenation through development doesn't have to involve tearing down a building. The improvements here will endure for decades."