A few, well-chosen antique pieces add a homely touch to this contemporary apartment

The risk when decorating a modern, minimalistic apartment is that it may turn out to lack individuality and have a sterile atmosphere.

The owners of this new, penthouse apartment wanted to create a welcoming environment they could come home to and relax in at the end of a busy day.

"We wanted the apartment to have a modern, clean, crisp, white background. At the same time, we didn't want it to seem sterile, like a hotel," says one of the owners.

"Our intention was to create an interior that was both homely and smart, without being cluttered," she says.

To create a contemporary backdrop, the owners had decided on white walls in the apartment and a white sofa for the lounge. 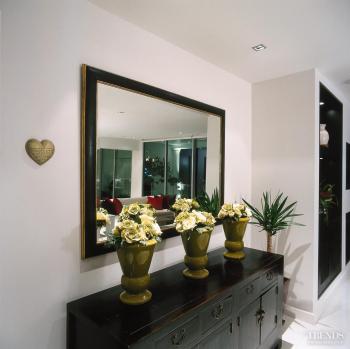 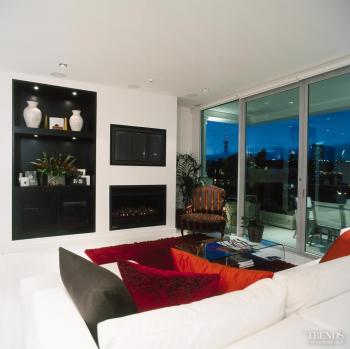 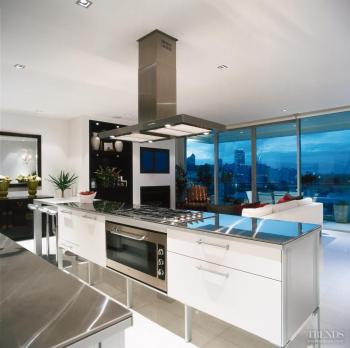 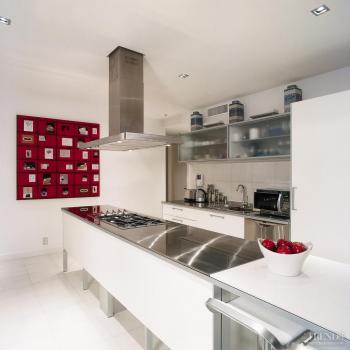 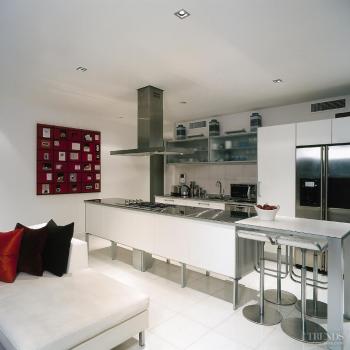 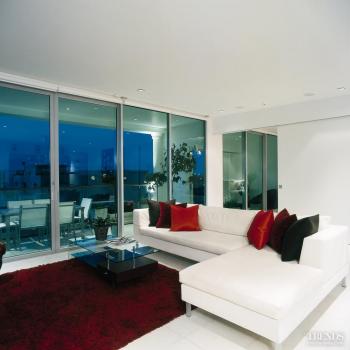 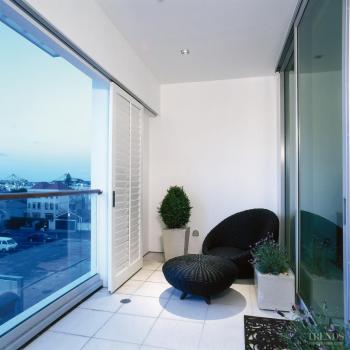 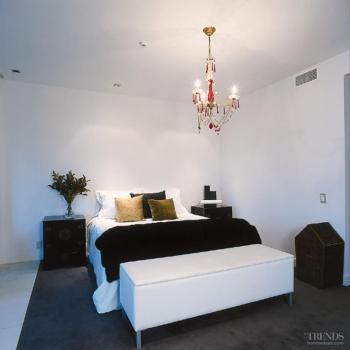 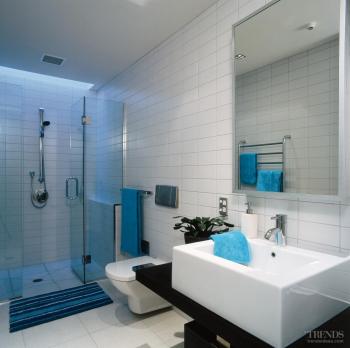 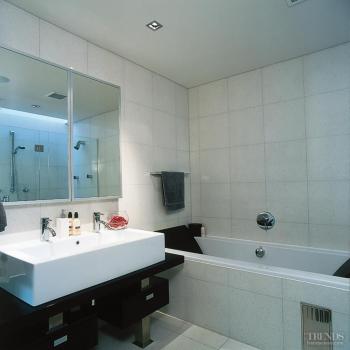 Once this was completed, interior designer Melanie Stewart was called in to help create the atmosphere the owners wanted.

"To soften the clinical white base, we introduced several bright colours – red, orange and chocolate – into the space," says Stewart.

Loose cushions for the sofa were specially made in these colours, and a large, deep red, shag-pile rug dominates the living area, softening the effect of the white Italian stone-tiled floor.

"The rug was custom-made in the same deep red as the cushions. A thread of silk running through the wool adds sheen and texture," the designer says.

"We then selected an eclectic mix of antique and modern furniture and artworks to add a warm, personal touch.

"Combining furnishings from different eras is one of the best ways of quickly establishing an individual look and avoiding a feeling of newness and sterility," Stewart says.

Antique items include a French wing chair re-upholstered in a rich fabric that mixes the red, orange and chocolate accents used throughout the apartment.

Another piece, an antique Chinese bureau, sits in the entrance hallway close to the front door, and a chandelier adds a touch of grandeur and romanticism to the bedroom.

White was chosen for the freestanding kitchen cabinetry, to create a feeling of space in the living area.

"With open-plan living, it is important to restrict all the walls to one colour. This makes the area appear more spacious," says Stewart.

The kitchen cabinets have been treated in the same way.

"If these had been finished in a colour other than white, they would have dominated the space and made it seem crowded," she says.

Instead, colour has been introduced with accessories – like the red painting, Auntie Bessie's Back of House Tour, by Huhana Smith.

Colour also helps to define different areas of the open-plan space. Green, ceramic pots sit on the bureau between the kitchen and front entrance, close to a series of green, ceramic hearts on the wall of the hall.

"When the family are away, the doors slide back to give us plenty of room, or we can close the doors and create a private space," says one of the owners.

Built-in cabinets in both the living area and bedroom are made from the same wenge timber, which helps connect the two spaces when the doors are open. White bedlinen is accented with a chocolate-brown, possum fur throw.

"The dark wood, fur and antiques add weight to the space that, with its white walls, could otherwise appear very light and floaty," Stewart says.