When renovating an older house, an early decision is whether the alterations should be sympathetic to the existing building. An alternative could be to strike out and create something in complete contrast to the home's original character.

Architect Tim Dorrington faced this challenge with his own home. He and his wife had bought a run-down, old, two-storey cottage, knowing it needed major renovations. The house was small, dark and cramped. The ground level contained a living area and kitchen, while to reach the garden meant trekking halfway round the house. A steep, narrow and enclosed stair led up to the bedrooms and bathroom.

The floor area was increased by adding an office with a flat roof on the south side of the house. With a ladder for access, the roof can be used as a sun-deck. The kitchen was the main barrier stopping access between the house and the garden. It was moved from the south to the west wall of the living area and the lawn was paved to create a private courtyard.

With these changes, the outdoor area has been transformed into a sunny, private courtyard that is easily accessed from both the kitchen and office.

"I wanted the additions to have a contemporary look, so that, from the exterior, the existing and new areas would complement each other. This draws attention to the good features of each part. Also, seeing the contrast between the two heightens appreciation of the individual details of both parts," Dorrington says. 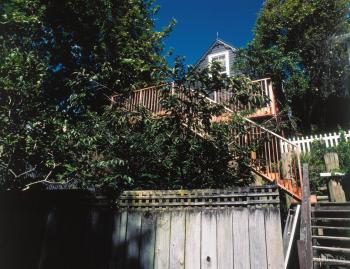 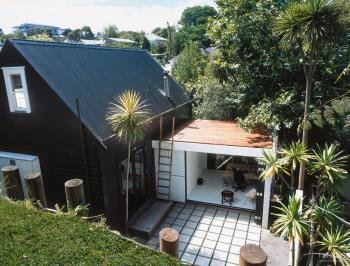 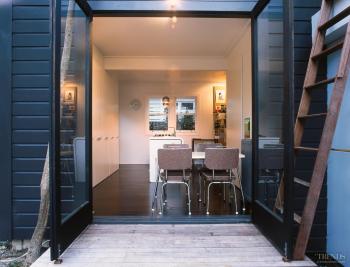 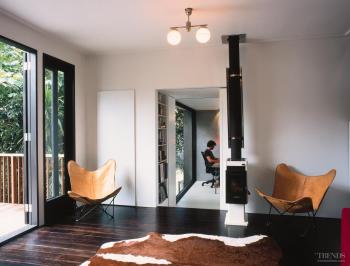 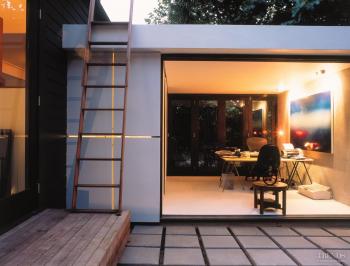 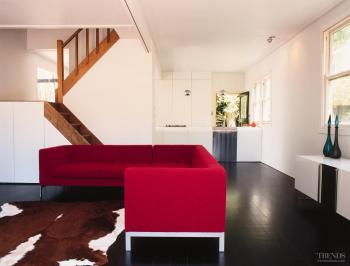 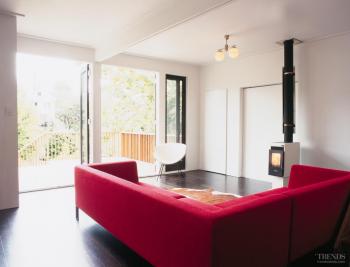 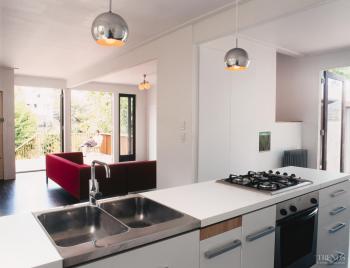 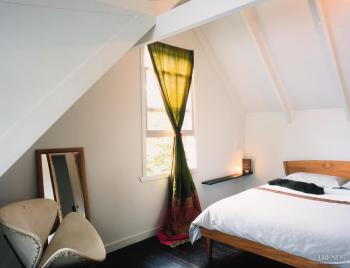 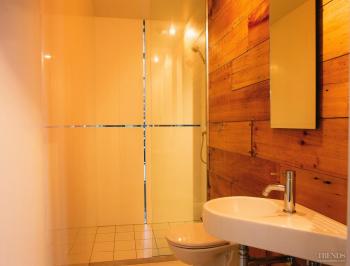 Inside the house, a few small changes helped make it feel more spacious. Previously the front door had been recessed into the house and by straightening this wall, an additional 2m2 of space was incorporated into the living area.

Another small gain was made by removing the walls from the sides of the old staircase. Now, the stairwell forms part of the lounge and kitchen, adding to the sense of space in this area.

"Additions like this may seem inconsequential, but because the house was small, every extra bit of space helped. Also, it was important to make the available space seem as open as possible," says the architect.

"We had to be clever with arrangements for storage and with flow between rooms. The lounge now opens out onto a new front deck, the kitchen flows through to the courtyard, and a roof deck provides a third outdoor area. With these new outdoor areas, the house feels much bigger than when we bought it."

The new location for the kitchen put it into direct view of the front entrance. To keep it looking as uncluttered and tidy as possible, the kitchen is concealed behind clean, white cabinetry and a wrap-around benchtop.

To create a highlight and add a touch of colour, red features in furnishings and in negative detailing on the underside of the kitchen benchtop.