Most people prefer their daily cleansing rituals to take place behind closed doors. With this master bedroom suite, however, the prime consideration was to open up the bedroom and bathroom areas, says designer Stephen Segal.

"While there's a transition between the two spaces, there‘s no defined separation."

The absence of doors, use of tonal earth colors, frosted glass walls and panelling that doesn't enclose the room are among the design elements that seamlessly merge the two spaces, balancing privacy with visual connection.

Segal says the focal point of the suite is the 36sq ft tiled shower with multi-shower heads and individual controls.

"Showering is an important part of the day, so we decided to put all the glamour and glory into the shower and not the bath tub." 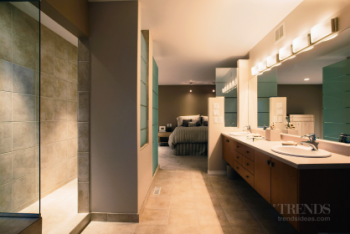 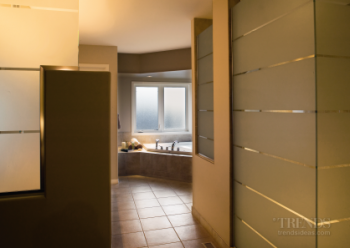 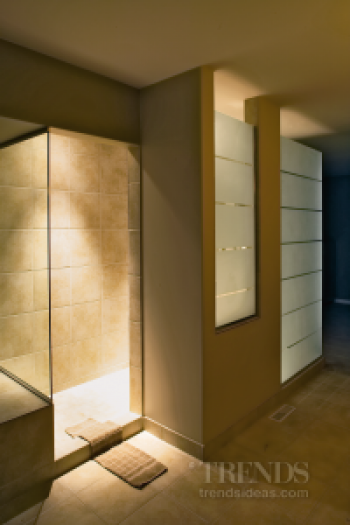 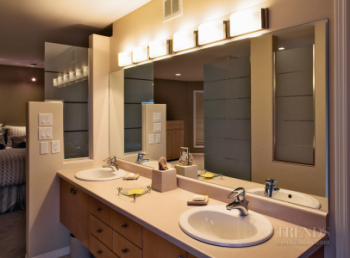 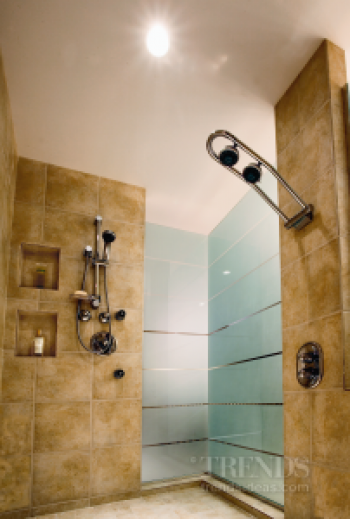 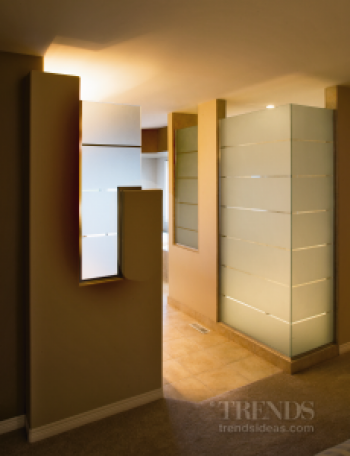 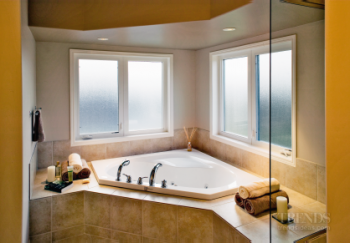 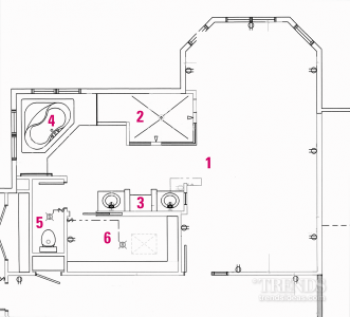 Instead of solid walls between the bathroom and bedroom, Segal used frosted panels of glass with clear horizontal banding. These form the corner of the shower, offering both a sense of privacy and transparency.

"This means the shower is visible back in the master bedroom," Segal says.

Lighting is used to create a warm ambiance in the shower and above the spa bath, while there is more functional task lighting above the vanity.

"In the shower, the softer light means the spouse sleeping or watching television in the bedroom is not disturbed by bright light," Segal says.

The wall-hung, twin vanity makes good use of space. It is designed to be accessible and functional, with plenty of storage to enhance the clean lines of the suite.

At the rear of the room is the spa bath. It is angled to create a terminus for the room and sense of scale.

For privacy, the toilet is a separate room within the bathroom. A cavity slider opens beside the vanity into the walk-in wardrobe.