With its expansive glazing and large overhangs, this new home is designed to maximise a sea view while providing shelter from the weather

Waterfront land has become so sought after, it's not surprising to see new houses built on front sections. But while most of these homes are more contemporary than traditional, with a little forethought they can be designed to work visually with an existing house.

This new home, built in front of a 1970s house, has several design elements in common with the original, says architect Brent Hulena.

"The existing house is quite modern, with a flat roof, high ceilings and floor-to-ceiling joinery," he says. "It also has a clean rectilinear form, which suited the contemporary look the owners sought in the new home.

"In keeping with current trends, however, it is slicker and more modern, and features different materials. But these are in a similar palette of colours to the original house."

Hulena says a major advantage of the site was its slope, which meant the view from the existing house could be maintained. The main restrictions affecting the design were the need to protect the roots and canopy of a neighbouring pohutukawa tree, and the height-to-boundary restraints. 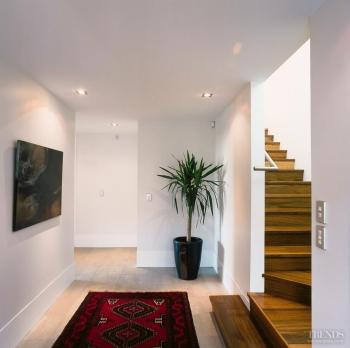 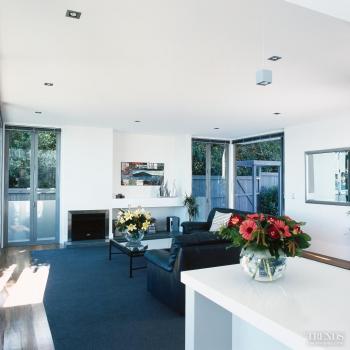 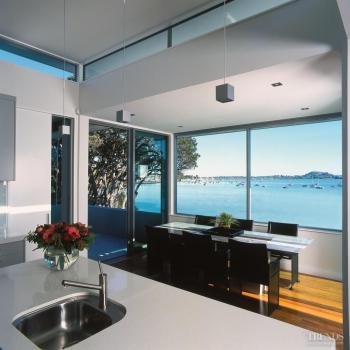 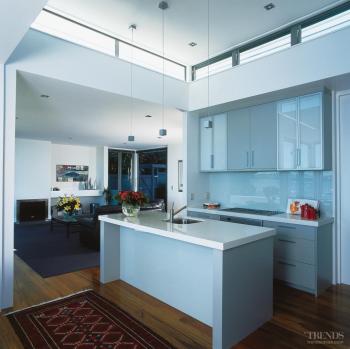 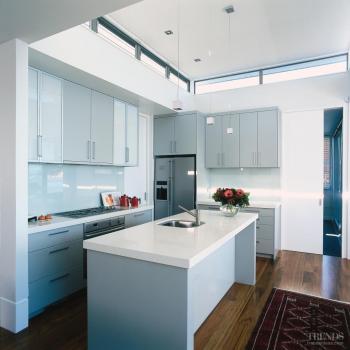 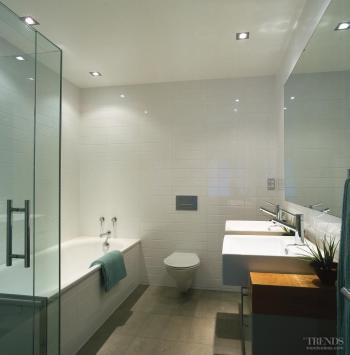 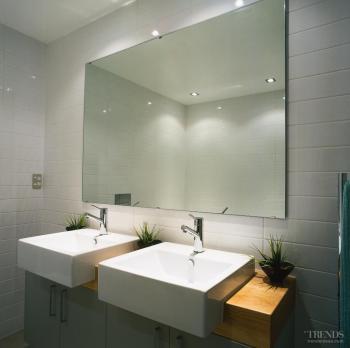 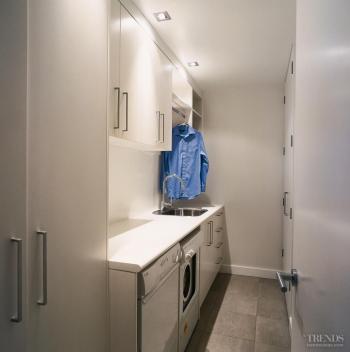 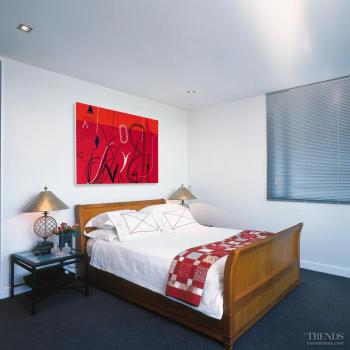 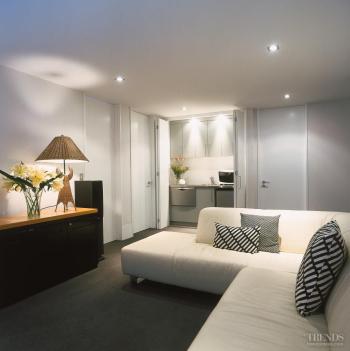 Building a two-level house was a way to accommodate both the slope and a large floor plan. The top level is the main living floor. With a full-height, glazed facade, the entire front of this level opens to the view and wide decks.

Large overhangs provide shelter from the weather and summer sun. They also add a little visual relief to the facade, which would otherwise be rather flat, says the architect.

To enhance energy efficiency, the south side of the house features a solid concrete block wall.

"This is balanced, visually, by the wide chimney that anchors the northern end," the architect says.

A pop-top roof in the centre of the house is designed to bring morning light into the west-facing kitchen.

"This room is the hub of the house – all the other rooms rotate around it," says Hulena. "For this reason, we have tried to make it look less like a kitchen and more like part of the living area."

Slick finishes in this room include a glass splashback, lacquered cabinetry and Absola stone benchtops.

A separate scullery allows cooking utensils and dishes to be hidden from sight when entertaining. The room can also be used as a food preparation area.

Other rooms on the top level include the master suite.

"There is a growing demand for semi self-contained guest areas," says Hulena. "These spaces can be used for guests, or for older children returning home for extended periods."

Both the top and lower levels open to private courtyards. These were extensively landscaped with large specimen plants early on in the building process.

"The planting helps to soften the lines of the house and prevent it from dominating the site," says Hulena.