The intrinsic value of a period home is easily recognised, and many of us go to great lengths to preserve it. While character accounts for much of the appeal, there are drawbacks to living in the past – most notably, the fact that the way our forebears lived does not match our own modern lifestyle.

When the opportunity arose for interior designer Jo Gleeson of JSL Design to renovate a large period home and give it a contemporary focus, she grabbed it with both hands.

"At some point in the past, the house had been converted into two flats, so the first task was to devise a practical concept that would convert it back into a single-family dwelling.

"The next step was to add a second level that would house the bedrooms and other private spaces, setting the ground floor aside for living and reception rooms."

With all the necessary structural works completed, Gleeson set about reconfiguring the interior to suit modern living. 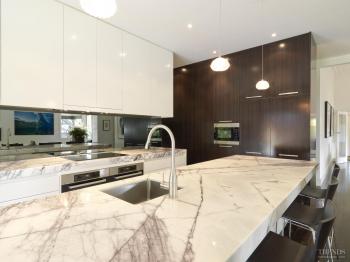 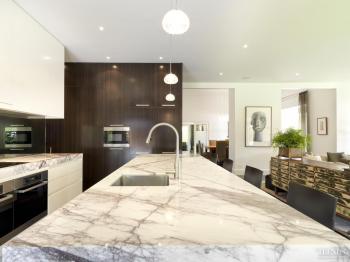 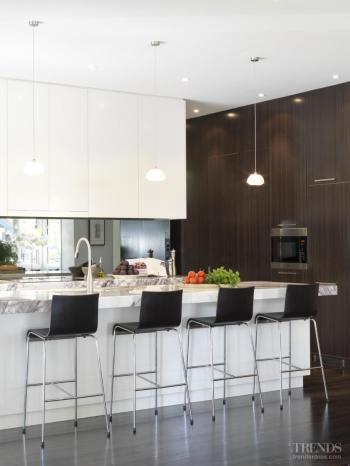 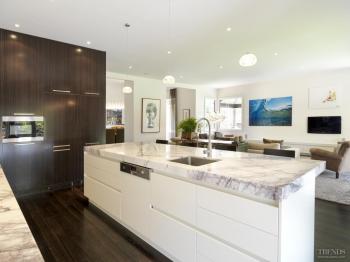 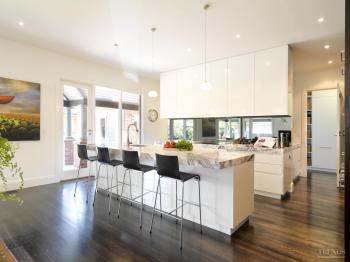 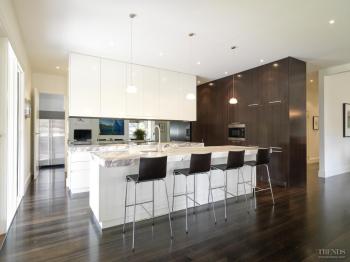 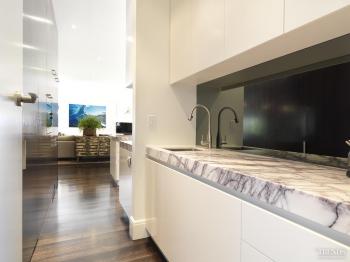 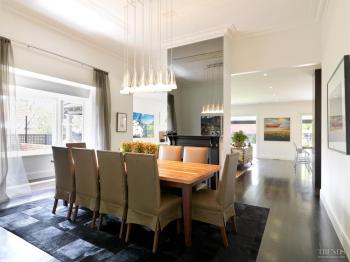 "We wanted to create a series of spaces that would encourage very fluid movement – with multiple entrances and exits between them to free up circulation."

"At the same time, we wanted to maintain some of the regard for structure typical of the period of the house. In that way, although the living area is essentially open plan, there is still a strong sense of the spaces being delineated."

One such element of delineation is the wall of cabinetry extending past the kitchen. Part of a load-bearing structure, it has been incorporated into the design. Gleeson says she chose not to replace it with a steel beam.

"While you wouldn't ordinarily associate a wall with improved circulation, in this instance that is exactly the intention.

"Protruding slightly into the transition space between the kitchen and living areas, the wall serves as an entry point – almost a gateway – into the kitchen proper and to the laundry behind, reinforcing the circular movement."

"This small scullery is a practical space in and of itself, but it too has a purpose related to demarcation. We wanted to include a space in the living area that would be for study, somewhere where the children could do their homework and surf the internet, but one that would not impact on the overall area.

"So behind the scullery, and bordered by the rear wall of the kitchen, is a semi-enclosed study area. You can keep an eye on the children while you're preparing dinner, yet they can enjoy a level of privacy at the same time – and their clutter is contained in one space."

To counter the effect of having a solid wall in the kitchen, a full-length, smoked-glass mirror was installed.

"Although it's a hard surface, the fact that it is reflective means it brings an element of movement into the kitchen," says Gleeson. "It is also backlit, so at night with all the other lights off, the illumination creates a nice ambience, especially during dinner parties."

The same glass was used as a splashback in the scullery and as a fire surround in the dining area. While the repetition is not immediately apparent, these elements are subtle reminders of the connection between the three spaces.