Living on the edge of a large body of water can offer great scenic views – however, it can also bring variable weather conditions. To make the most of its location, your home should open out to its environment on summery days and still feel part of the scenery in blustery weather.

This family home was remodeled by architect Tom Kundig of Olson Sundberg Kundig Allen Architects to make the most of its lakeside situation all year round.

Retaining the bones of the original structure, Kundig went about creating a more effective connection between the landscape and what had been more inward-looking aspects of the residence.

"The house consists of two bookend buildings connected by a central pavilion," says Kundig. "On one side of the run of buildings lies an intimate sheltered courtyard – on the other, the lapping waters of Lake Washington."

The central courtyard had originally provided a quiet haven but little sense of the scenic panorama beyond. 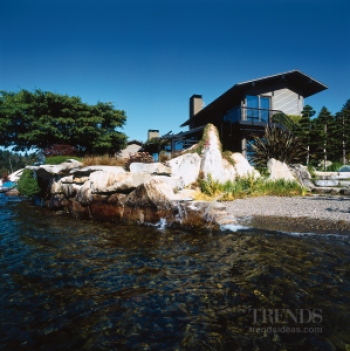 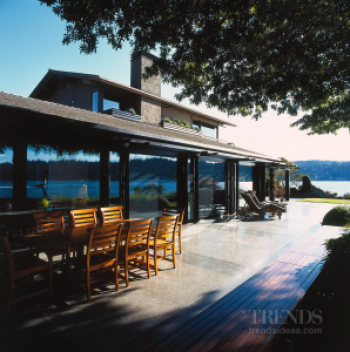 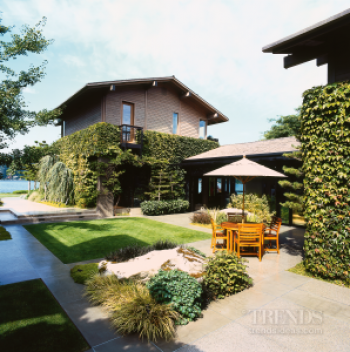 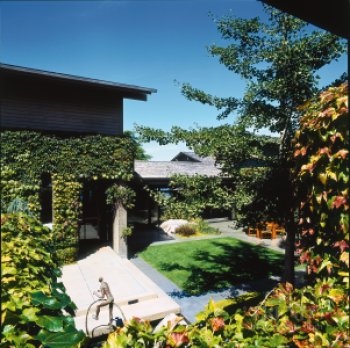 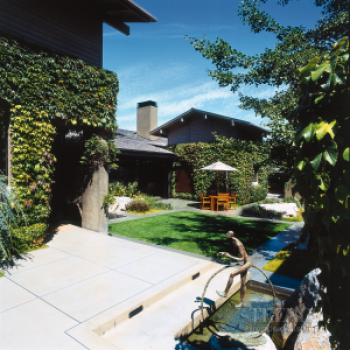 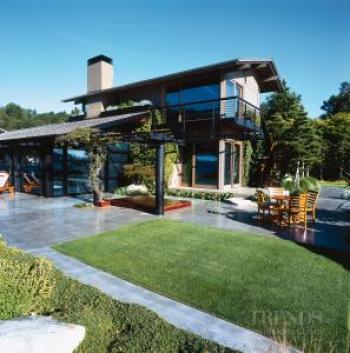 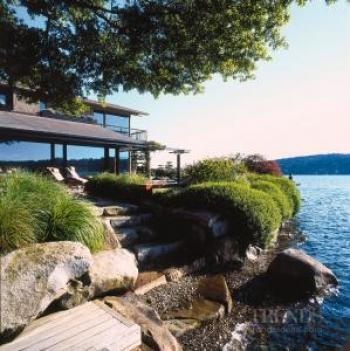 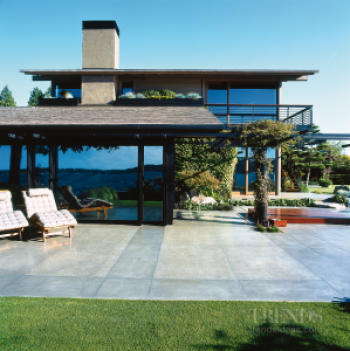 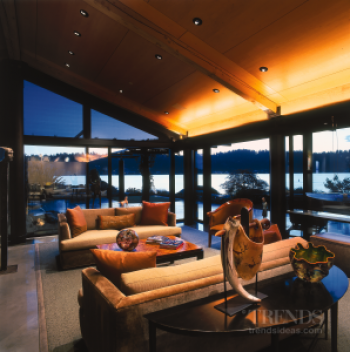 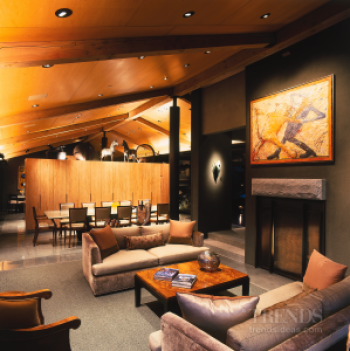 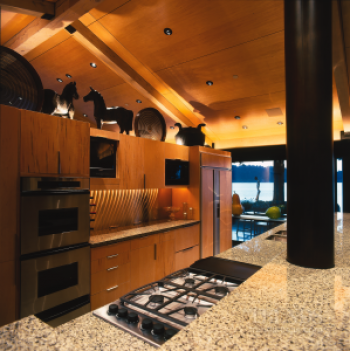 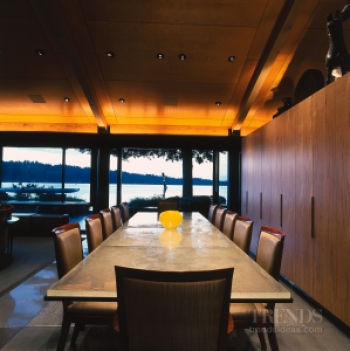 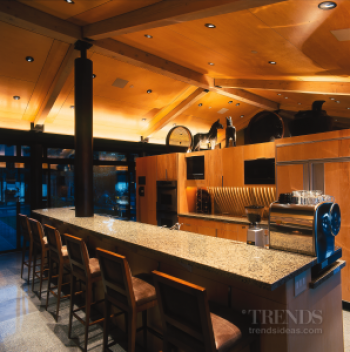 "Opening up the courtyard to relate to the scenery was an important part of the project," says Kundig. "To achieve this, we introduced commercial-size glass roller doors on both the courtyard side of the pavilion and on the lakeside."

With the doors pulled back, there is a seamless flow right through the house. With the sliding doors closed, the courtyard becomes sheltered yet still offers views through to the lake and its surroundings.

The intermediary pavilion is the central living space for the home, featuring a dining area, living room, kitchen, and small breakfast area; all in an open-plan environment.

"Originally, the central lounge area had a sunken floor element," says the architect. "To create a sense of connection we put the interior and exterior on the same footing – the courtyard, pavilion interior and lakeside terrace are now all on one level."

To emphasize the integrated feel of the spaces, Kundig chose terrazzo stone slabs for all three floor areas.

The flooring is presented in large squares, with smooth paths of concrete running in between the slabs, as a decorative element. These paths also correspond with the positioning of the exposed steel framework inside the pavilion, extending the pattern of the house's framework out to its external environment.

"Connecting the interior to the external environment was important, and there are several examples of these elements working together," says Kundig.

Textured concrete used on the lower courtyard walls is also introduced as a feature element in the pavilion's interior. One of the most prominent examples appears as a slab above the living room fireplace.

"The black steel poles that form part of the interior frame are continued as ornamental features outside, as part of the trellis that runs over the wooden spa cover," says Kundig. "In turn, the horizontal trellis slats supporting the wisteria outdoors are reproduced as decorative elements on some of the internal poles."

Horizontal external features, such as the siding and balustrading, make a visual connection with the flatness of the lake.

The interior décor further connects the home with the surrounding environment. Wall colors in earthy and mixed green tones echo the moss and grasses beyond the windows. Much of the interior, including the pavilion ceilings, feature the warmth and natural ambiance of wood.

The kitchen also makes extensive use of wood, with most appliances integrated to maximize this effect.

Lighting was also an important part of integrating indoors and out.

"The relation between indoor and outdoor lighting is a tricky one," says the architect. "To avoid internal reflections, which obscure the view, the internal lighting should be softer than the external equivalent. But at the same time, bright exterior lighting can look showy and over the top. Both need to be used in a subtle manner, with the outside lighting given slightly more emphasis."

At the tip of the property, as it pokes out into the lake, a small swimming cove was created by Kundig for sheltered bathing.

"This small touch of taming the landscape provides an appropriate counterpoint to a residence that has been largely reinvented to find harmony with its surroundings."