A strong affinity with the land is something inherent in many cultures, and is often expressed in the way we choose to live. In modern architecture, the importance of a connection between the interior and exterior reflects this philosophy, and is increasingly prevalent in residential design all over the world.

Architect Glen Irani designed this home for a Japanese-Chinese couple who wanted the architecture to reflect the husband's Japanese heritage.

"They were focused on teaching their children the culture of their father's ancestors," says Irani.

The overall design captures this desire, as do many minor features Irani has implemented.

Situated in a traditional neighborhood, the home was designed over one story to give access to the garden from all the rooms. 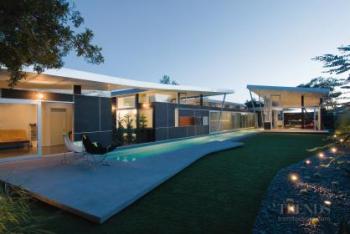 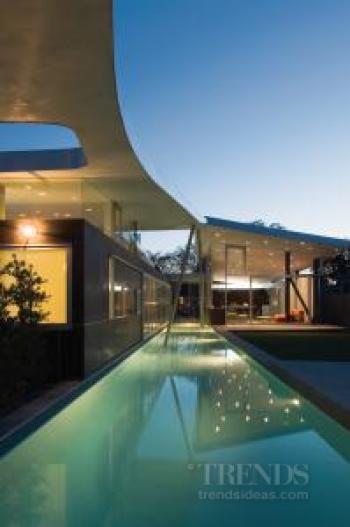 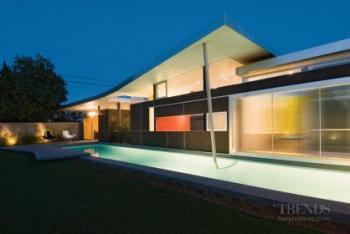 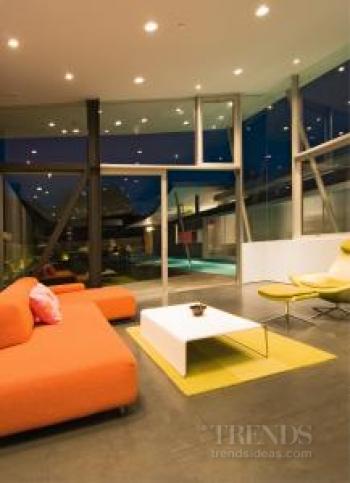 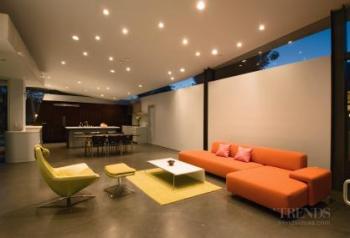 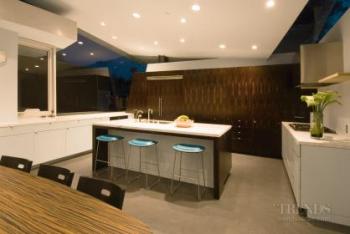 "One side effect is that it works well with the scale of the other houses in the neighborhood, although I didn't want these houses to dictate decisions about massing and scale," says Irani.

Situating the living areas at the back of the house was a further departure from the style of neighboring homes. Irani accommodated this by installing a glass panel at the front door, which allows non-invasive views through to the pool.

Applying modernist principles that reflect traditional Japanese residential designs, Irani created separate pavilions for the public spaces, children's rooms and the master suite, all of which are interconnected by an internal corridor.

The outer corridor wall is a 45-foot long glass sliding door that borders the pool and garden. The climate allows the door to be open most of the year, so the interior blends almost seamlessly with the exterior, allowing the family to move with ease between the spaces.

The flooring is made from dark gray-colored Ardex slabs, which continues the indoor-outdoor flow. The effect is softened by the use of multiple downlights that are reflected in the windows at night, creating a celestial effect.

At first glance, the spacious kitchen's clean lines and clutter-free simplicity belie its size. Macassar ebony veneer is used on the back wall of cupboards and on the central island.

Irani says the thread that is woven through all of his projects is the desire to bring the life of the interior to the exterior.

"Modernist principles encompass this, and the sense of blending the inside and the outside is ubiquitous."