The new Cox Howlett & Bailey Woodland studio is set within the bones of a historic brick warehouse. This versatile space celebrates the past and the present

Transparency is the political catchword of the day, and this respect for honesty and openness can also bring reassurance in other disciplines. A company that allows clients to witness its daily work processes – albeit from a distance – will likely gain the confidence of those who visit the premises.

Architectural firm Cox Howlett & Bailey Woodland recently relocated its Perth studio 20m around the corner to a prime inner-city address. Set within an existing brick building, once home to agricultural displays, the new studio makes maximum use of its rugged environment – contrasting the red brickwork and rich jarrah floors with a black-and-white decor.

"Essentially, we removed the front and side of a floor on the second level, creating a double-height, front-of-house space in which to install artworks," says Woodland. "The design means that clients, or even passers-by on the street, can read the interior at a glance. This brings a sense of transparency and trust – helping clients feel they are part of the team."

Cox Perth's original studio had been restrictive for the company's needs, and this was the prime reason for the relocation. The new offices, with some internal walls pulled down, offer two expansive floor levels and the treatment of workstations and attendant services brings additional versatility to the new space. 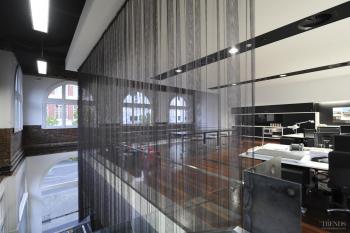 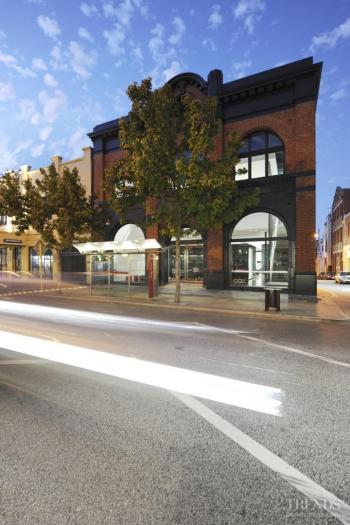 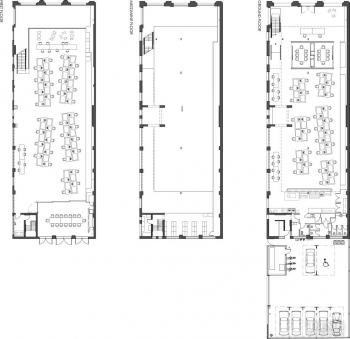 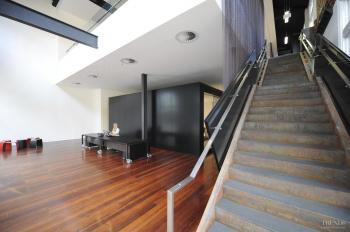 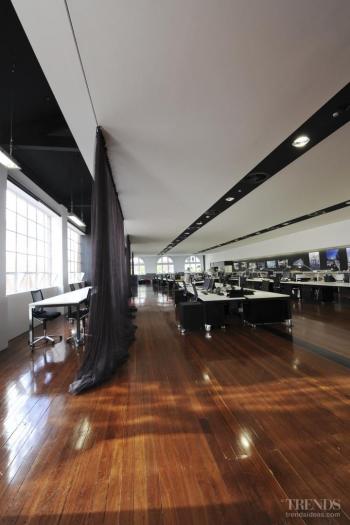 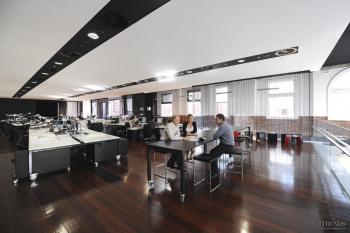 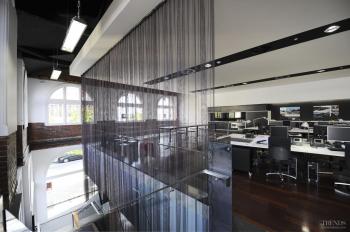 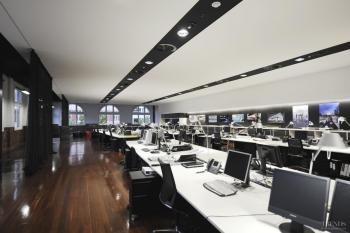 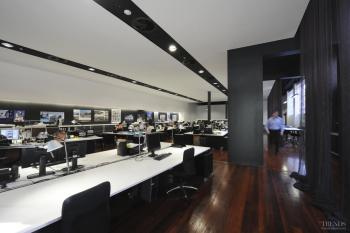 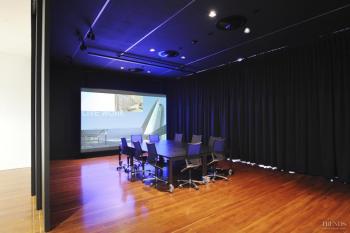 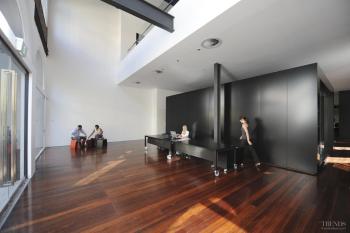 "Apart from two meeting rooms on the lower level behind reception, nearly everything in this refit can be moved around," says Woodland. "All workstations are on castors, meaning we can group desks as project flows and staff numbers require."

Underfloor services are set into long strips that run the length of the building, with corresponding tram lines of lighting on the ceiling above – resulting in a flexible workplace. For presentations or functions, all the desking can be wheeled off to one side.

Further versatility comes from the addition of an enormous mesh curtain that runs along the eastern side of the building. Behind this, a metal stairway connects the two floors, once joined by a staircase at the front of the building that was removed with the refit.

The curtain also screens off casual meeting spaces from the main office floors and provides a level of protection from the eastern sun.

In terms of decor, the prominence of black and white refers to the building's former life – dark-coloured tractors and other agricultural elements were once displayed in the largely white-painted interior.

"This fit-out is a showcase for how an old building can be completely reinvented as contemporary, highly adaptable, open-plan offices," says Woodland. "In energy-conscious times, it also reflects the best possible reuse of outmoded existing architecture."