Introducing a large, open plan living area into a traditional villa requires a delicate balance. On the one hand, it needs to have a contemporary efficiency and on the other it has to be sympathetic to the existing environment.

The brief for this renovation was for a large, light-filled family space, says Peter Eising from Architects Patterson.

"The owners wanted to create a large single-level living space and covered deck at the rear of their home," he says. "This was to replace a smaller, two level lounge and conservatory area. It was also fundamental to the project to preserve the villa's traditional harmony."

Previously the home had stepped down at the back to the glass-roofed conservatory. This space attracted moisture and mould in the winter, and was excessively hot in the summer. 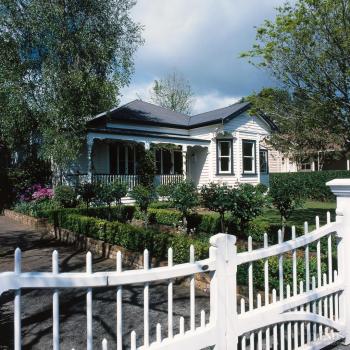 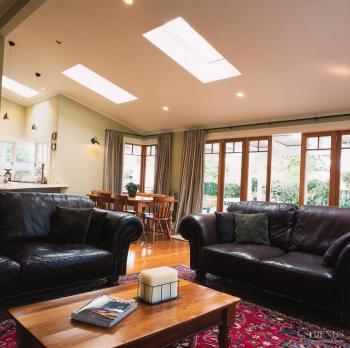 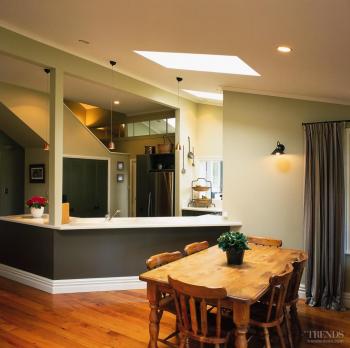 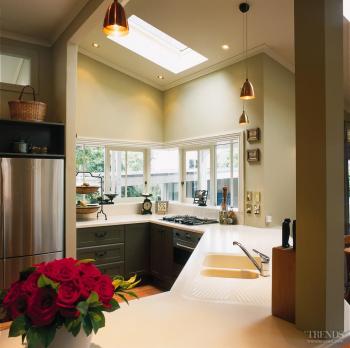 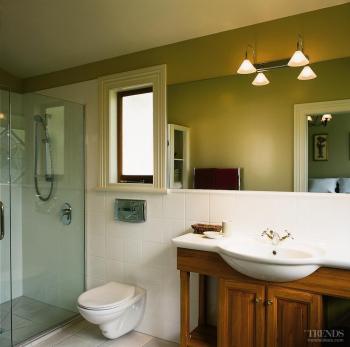 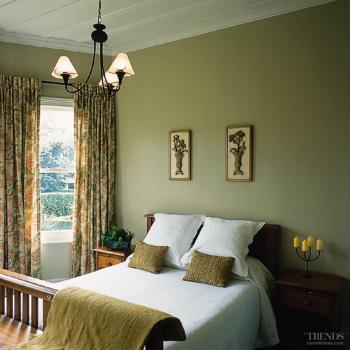 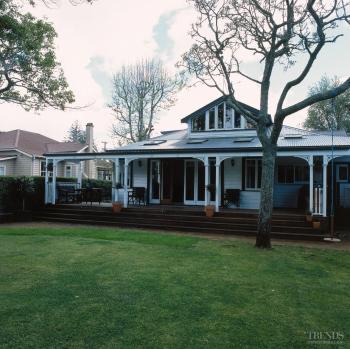 Narrow boards in the original, smaller lounge were replaced by wideboard, recycled matai.

In keeping with the raised floor, the living room ceiling was also raised. While larger than the home's other rooms, the heightened ceiling allowed the room to retain a graceful sense of proportion.

The owners had also wanted the living room to be filled with natural light. This was achieved by the inclusion of skylights on the new section of roof. While these brought the south-facing room ample light, they also had a limiting effect on the room's new ceiling height.

"The skylights had to be set into a roof with a steep pitch to keep running rainwater clear of them," says the architect. "Constrained by the dormer window on the upper floor, the roof had to angle down to just above the bifold doors that lead to the garden."

While the original kitchen was retained, it was made more user friendly by the transformation of an under-stair laundry into a walk-in pantry. Beyond the kitchen, a new room was introduced to accommodate the laundry. This transformed an external wall into an interior wall, with its windows retained to allow light to filter through from the new laundry.

The extended proportions of the new living area meant the architects had to introduce a steel beam that would span the room without intermediary support.

"Traditional joinery and detailing provided key continuity for the renovated home, with skirting boards and architraves chosen in keeping with existing interior," he says. "From the back garden, the 2.5m-deep veranda features harmonious filigree detailing."

With the wooden bifold doors drawn back the generous-sized veranda works as an extension of the lounge.