A renovation project is all about realizing the potential of a house on its site. And that invariably means maximizing views as well as indoor and outdoor living spaces.

Architect David Montalba says the bungalow in this remodeling project was originally intended to remain a single-level house, but the views from the roof proved too compelling to ignore.

As is often the case, the project consequently grew up as well as out, with the house becoming an unrecognizable version of its former self.

"This is a vacation home for the owners, who live overseas," says Montalba. "They needed a home where they could host and entertain their large extended family. So we needed to provide a separate communal living space on the ground floor, with private dwelling zones around the perimeter and on the new second story."

The remodel also provided an opportunity to bring light into the formerly dark house, and improve the connection with the outdoors. 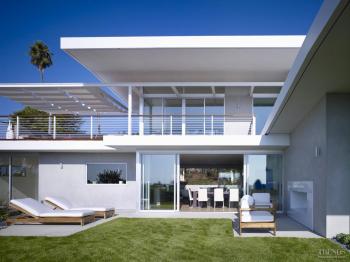 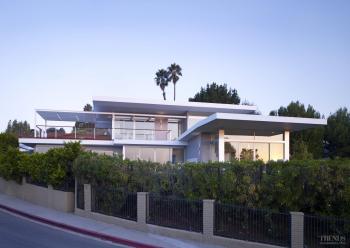 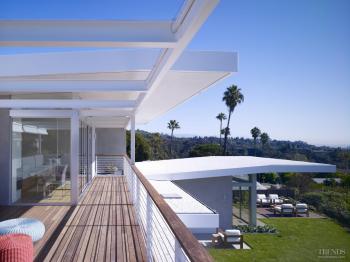 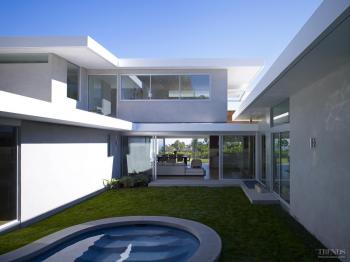 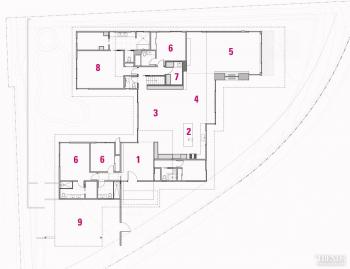 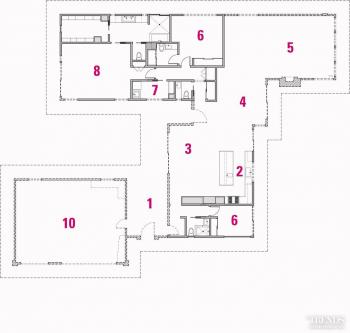 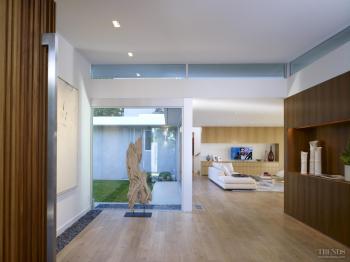 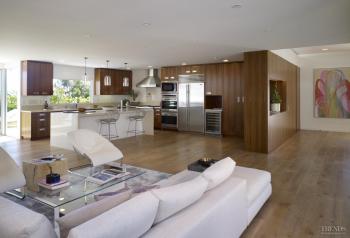 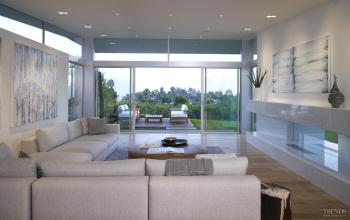 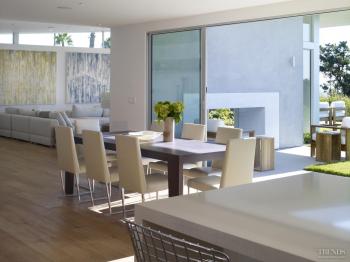 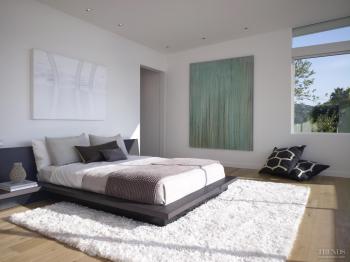 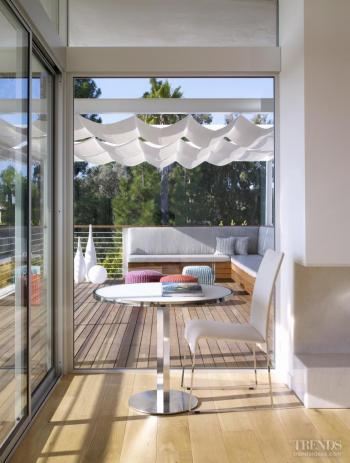 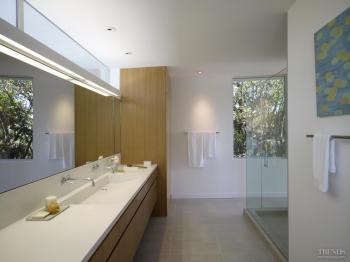 "Before the remodel, the division of the rooms and spaces was very choppy," Montalba says. "The interior was more about cloistered functionality than it was about light and flow. Essentially, we needed to create a light-filled, urban beach house, where the owners could really feel they were on vacation."

In designing the remodel, the architect retained some elements of the original house, including some exterior walls, two bedrooms and the pool.

"We worked with both the perimeter and the existing footprint, but pulled the house out towards the view, and gave it a much more modern form."

The new roofline is defined by white banded soffits that emphasize the strong horizontality of the architecture. Above the living room, the roof soars to a dramatic gullwing overhang that helps to draw the eye out to the view. Trapezoidal clerestory windows heighten the sense of the roof lifting, enhancing the feeling of light and space.

To open up the exterior, the original garage was replaced with a carport.

"We utilized the concept of addition by subtraction to maximize space and light throughout the project," says the architect. "This subtraction reinforces the facade's horizontal gesture. It also meant we could create an airy entry that brings natural light deep into the interior."

The link between outside and inside is also enhanced by the window wall at the entry, and by a pebble garden that appears to run right through the glass. A large double-sided fireplace provides another visual connection between inside and out, linking the living room with a terrace.

"White walls and built-in teak cabinets define the different spaces within the communal living area, with the wood injecting an organic element and warmth into the primarily stark palette," says Montalba. "The clean lines and tranquil, reflective materials, along with the pleasant breezes and framed ocean views, all help to create the effect of a contemporary beach house, despite the hilltop site," says Montalba.

There are three separate guest suites on the ground floor – two of these have two bedrooms each. And there is a master suite on the upper level, which offers expansive views. A second family room on this level opens out to a new roof deck, or urban cabana, that features a retractable custom sunshade. Ship-style steel wire balustrading rims the deck, furthering the nautical link.