On the rooftops Discover this article's resources 0

When a loft-style apartment stands derelict for many years, and is constantly overlooked by potential buyers, you can be pretty sure there's a good reason for the disinterest.

In the case of this New York loft apartment, it was the state of disrepair that scared off the buyers, says co-owner and architect James Mohn.

"The apartment had been gutted – the ceiling, walls and floors were gone. Even the windows had been removed and replaced with blue plastic sheets. People were intimidated by the scale of the work that had to be done, and the apartment had languished on the market for quite a few years."

Mohn says the space did have some redeeming features however. At 4500sq ft, it was very large. It also had 18ft-high ceilings and windows on three sides – almost unheard of for a Manhattan loft apartment.

"Most top-floor apartments in buildings such as this, built around 1860, have much lower ceilings, and windows at the front and rear only," he says. "Combined with the fact that we were able to secure the 2000sq ft roof terrace as well, we saw this as a huge asset." 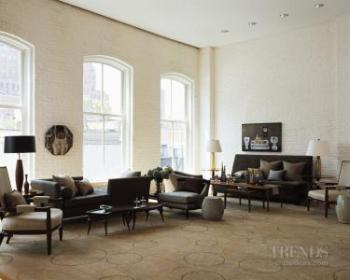 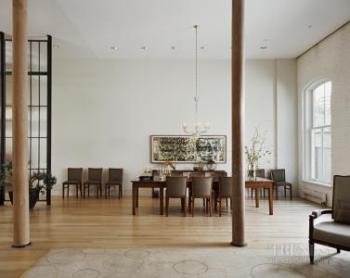 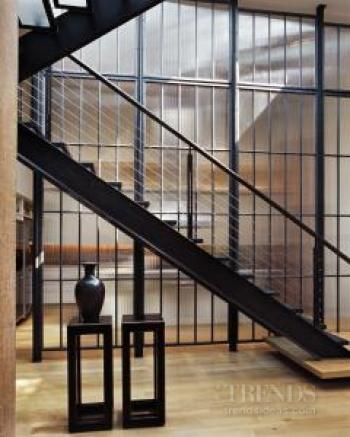 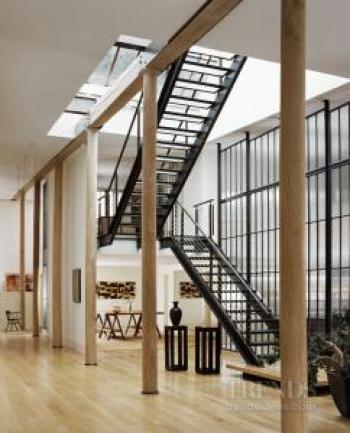 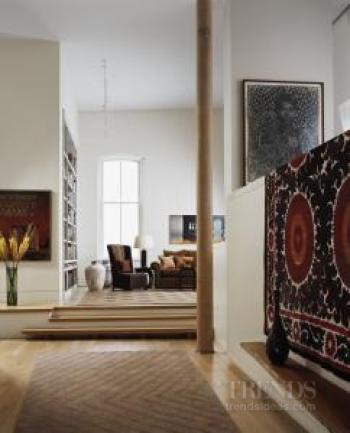 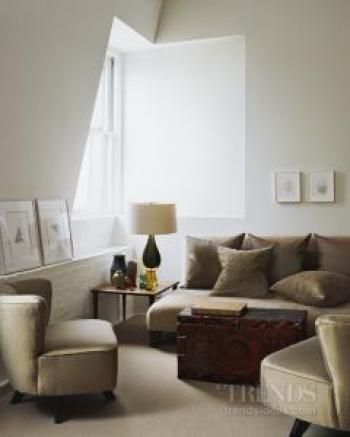 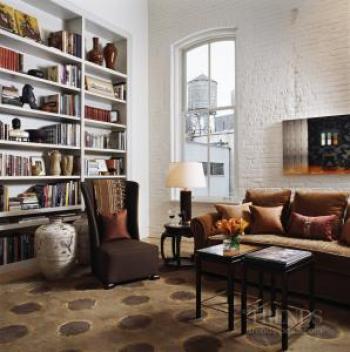 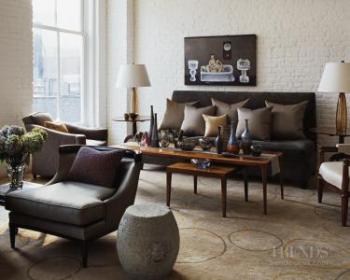 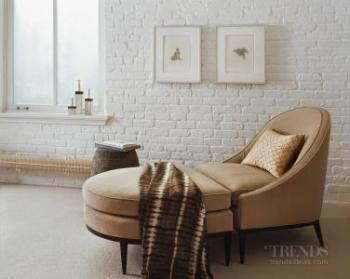 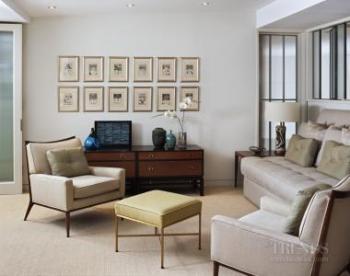 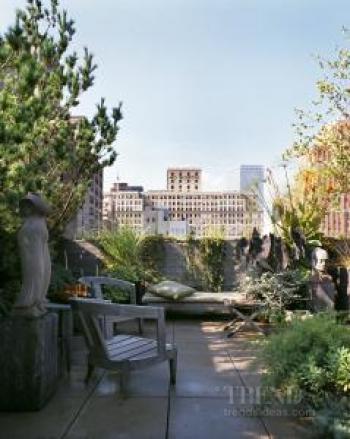 Mohn says the design was inspired by a variety of references, including the bulkheads commonly seen on the rooftops of old apartment buildings in London and Paris.

"This building has a Mansard roof with small dormers. From the street, one would imagine a small, intimate loft space, so this interior is a bit of a contradiction. When you open the front door, the space opens right up – two subtly curved walls enhance this effect and provide relief from the more linear elements."

Central to the design is a vast atrium created by the removal of a section of the roof, which was replaced by a large skylight. This allows light to penetrate the middle of the apartment. Mohn says he envisaged this colonnaded space as an internal courtyard, similar to those found in Roman villas.

A line of wood columns, part of the original structure, defines the atrium within the open-plan space. It is further highlighted by a black industrial steel staircase leading to the rooftop terrace, and a floor-to-ceiling steel-and-glass partition, which separates the atrium from the kitchen.

"We wanted to retain the feel of an attic, but we also wanted to introduce industrial elements," says Mohn. "The partition was inspired by a gothic-style church in Berkeley, California, designed by Bernard Maybeck in the 1920s. The screen is a homage to the steel factory-style windows of that era."

Mohn says the restoration project also involved extensive structural reinforcing to the roof. And to maximize views of the lower Manhattan sky-scrapers, the windows in the living and dining rooms were made 3ft higher. The extra height also made the windows more dramatic, and a more appropriate scale for the interior.

In keeping with the desire to retain the building's character, the original brickwork was painted, and polished wood flooring introduced to the public areas. Furnishings were chosen for their warm, neutral tonings, with many items collected by one of the owners during overseas travels for a not-for-profit organization.

"We have textiles and artifacts from places as diverse as Uzbekistan, Mozambique and Southeast Asia," says Mohn. "We have also provided display space for our glass and ceramic collections, which include Italian ceramics by Guido Gambone, Danish Holmegaard glass and English glass from the ‘50s and ‘60s."

Rugs in the living rooms feature custom-designed circle patterns, inspired by traditional sari cloth from India. The circular theme is echoed in the curved furniture items and accessories.

A sitting room and a low-ceiling study – the only room on the second floor – provide quiet retreats.

"The loft has a very open, continuous space, but it also provides more enclosed, intimate areas," says the designer. "The bedrooms, for example, are almost like the traditional chambers in an 18th- or 19th-century house in London or Paris."

Like the other spaces in the loft, the bedrooms blend traditional and modern elements, including a 1950s designer chaise. The master bedroom, which overlooks a neighboring building, is also characterized by a skylight above the bed, which provides additional natural light.