On a windswept coast – home remodel

On a windswept coast – home remodel Discover this article's resources 0

Back in 1964, when architect Al Boeke and landscape architect Lawrence Halpin were planning a development on an exposed coast north of San Francisco, they wanted a cluster of houses that would be at one with the natural surroundings. The principles that underlined their design still have a resonance today.

Their masterplan, which determined the look of the Joseph Esherick-designed house featured on these pages, established guidelines for the community now known as The Sea Ranch – a cluster of houses to be built between long hedgerows. These cypress hedges, which are perpendicular to the coastline, were originally planted as farm windbreaks decades earlier.

The prototype houses built at that time all featured an agricultural vernacular – their form and natural wood siding are reminiscent of farmhouses and outbuildings.

But the 1960s masterplan went into further detail. It also dictated the angle and pitch of the roofs, which conform to the shape of the windswept trees. In addition, houses were clustered, but staggered for privacy. And open spaces were preserved for all to use – each property owns a share of a commons area with coastal pathways, hiking and riding trails open to the public.

Fast forward 45 years and the original design still rings true. But not surprisingly the houses have needed work to repair the onslaught of the weather over nearly half a century – and to bring them in line with modern lifestyles. 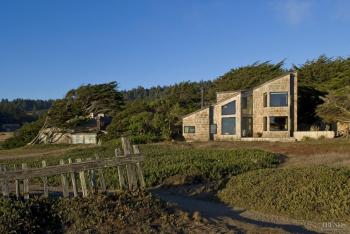 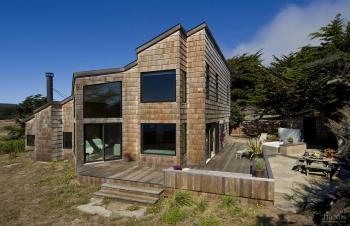 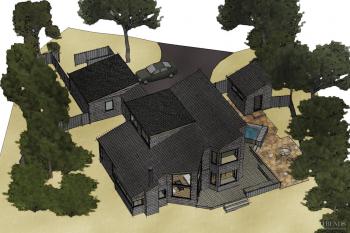 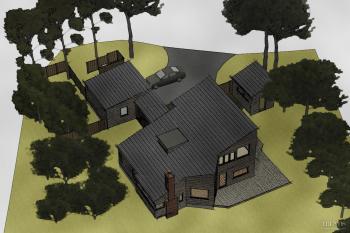 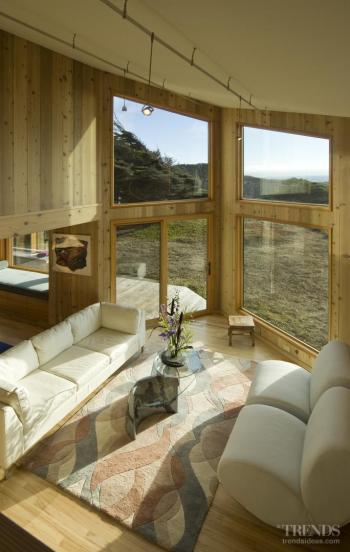 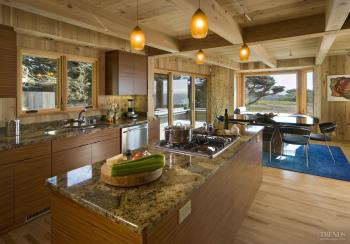 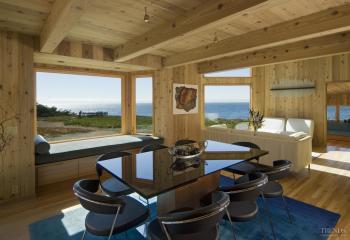 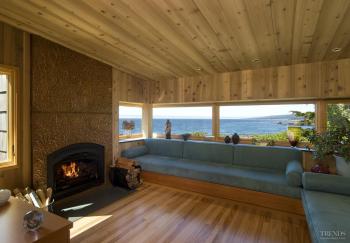 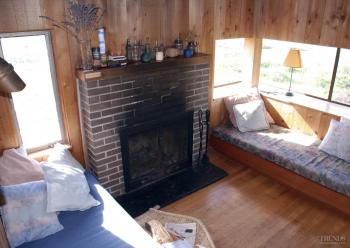 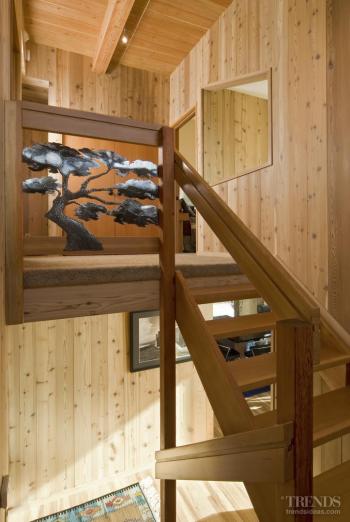 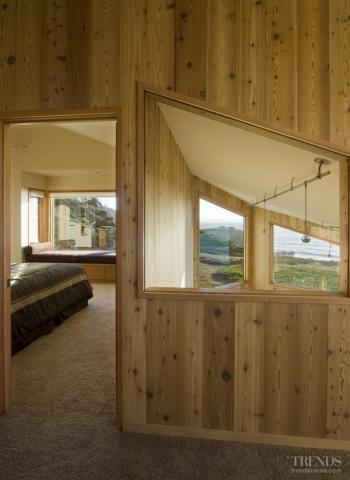 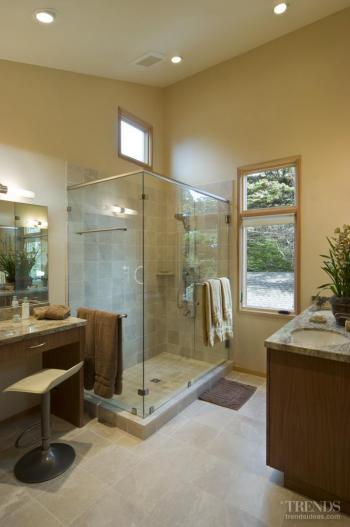 The owners of this Sea Ranch house, which was a prototype and consequently the first to get a building permit in 1965, commissioned architect Michael Barron-Wike AIA to design a full renovation. The architect, who studied under Esherick, says the house had been used as a vacation rental for many years and was in a state of considerable disrepair, with damp, mildew and mice much in evidence.

"The building had to be stripped right back to its bare framing – approximately 75% of the house was rebuilt, while keeping to the original footprint," he says.

New bandsawn red cedar shakes, with new rain-screen technology, were installed on the exterior to match the former siding. These will be left to weather naturally. The existing cracked brick chimney was replaced with a high-efficiency fireplace and metal chimney reminiscent of the current ranch style.

"We also popped out two bay windows; in the dining room on the lower level, and the master bedroom upstairs," says the architect. "These bay windows add less than 90sq ft, but dramatically improve the ocean views."

The new bay windows were not the only solution to introduce more natural light. Barron-Wike says in terms of natural light, the rooms were unevenly lit, which made the house very dark in winter. As well as enlarging some of the windows, he added new high windows, including a large window that allows a view from the landing at the top of the stairs.

All of the original western red cedar wall paneling was removed, planed, oak-pickle stained and reinstalled.

"These houses were originally supposed to be moderately priced homes," the architect says. "As a result the interiors were sparse and the finishes very crude. We used the same wood but put it back differently, planing it smooth, rather than keeping it rough. And we gave it a light whitewash so it has a creamy tone, not a yellow color. We kept the feeling of the old house, but put the wood back up so that it would have the look of a cabinet rather than a cabin. It now reflects a wonderful craftsmanship that the original house never had."

Barron-Wike's seamless changes also ensure it is not be possible to tell where the old house ends and the new begins.

New lighting includes cable lighting, recessed nickel halogens for the low ceiling in the inglenook, and small lights in the dining area, rather than protruding fixtures as before.

"This is a much more satisfactory solution. We also took out the original smoke-stained fireplace surround and replaced it with textured, punched, acid-worked copper sheets separated by a pronounced seam of copper nail heads."

The new kitchen features wood cabinets in a sustainable African wood. The bookmatched grain runs horizontally to create a look of furniture rather than fixed cabinetry. Granite countertops echo the natural surroundings.

On the upper level, new dormers were added and rooms rearranged to create a larger master suite – the bed now faces the view. A guest bedroom is also placed to maximise ocean views, ensuring the owners and their friends can now enjoy every aspect of the Hedgerow House, completing the original design.