Off the land Discover this article's resources 0

Exploring different design options for a rural site is a good way to fine-tune your wish list – after all there's usually plenty of space to go up and out if desired.

Architect Nick Noyes came up with three different alternatives for the owners of this rural property in California. But at the heart of all of these was a recognition that the house would not compete with the landscape, but rather sit comfortably within it.

"The owners chose to go with a design that presents the house as a cluster of farm buildings, with ultra-modern steel and glass linking elements, which we call connectors," Noyes says. "Architecturally, the four buildings are typical of the farming vernacular – they are simple, gabled volumes. The three living wings have James Hardie cladding that is similar to traditional wood boards, while the garage is clad in iron. Again, the different materials reference the way farm buildings evolve over time."

However, the architect says paring back the detailing, introducing the modern transition elements and an airy, open-plan interior elevates the concept, giving the house a very modern focus.

The three main volumes form a U shape around a large courtyard, with a series of steps leading down to a pool. Overhangs with steel and wood trellises provide shade and help to keep the interior cool in summer. 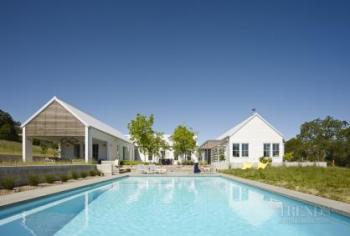 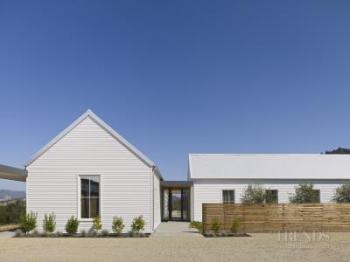 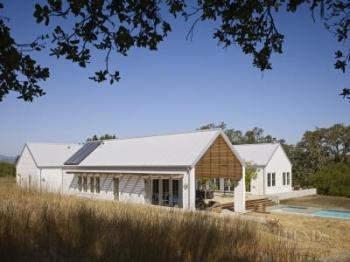 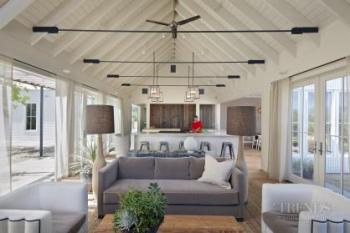 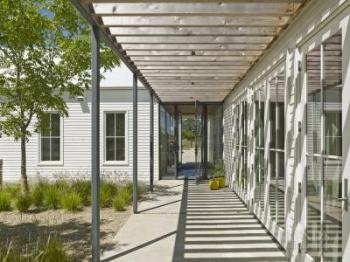 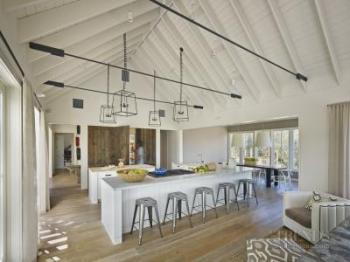 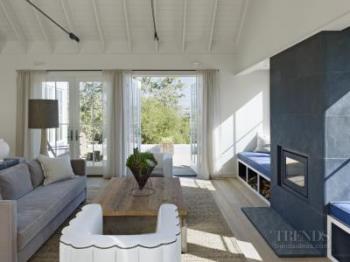 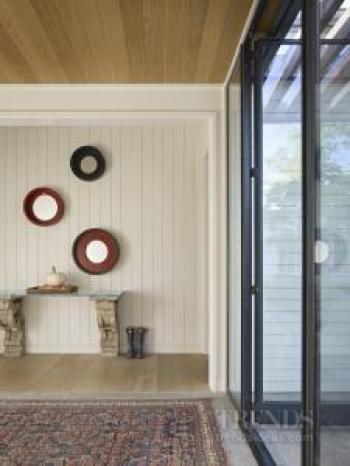 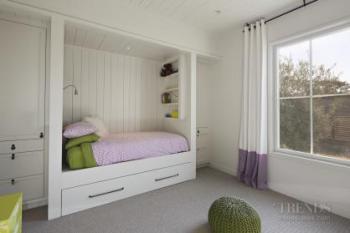 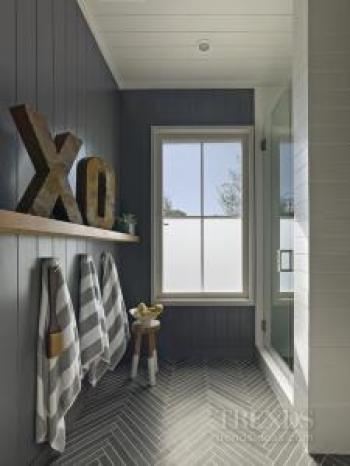 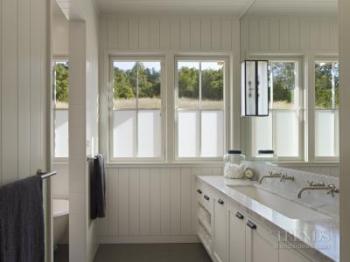 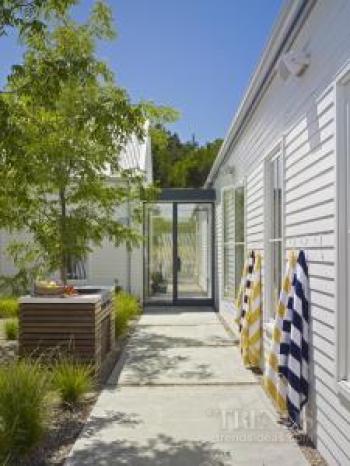 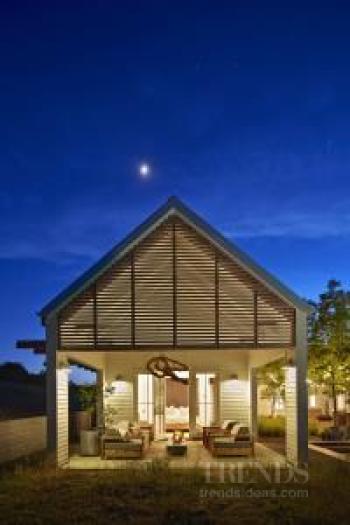 In the living wing, the white-painted wood-lined ceiling soars to follow the gabled roofline, with exposed rafters and black steel tie-rods.

"The ceiling reinforces the barn-like feel of the interior, but we chose to make the tie-rods from steel to keep the look crisp and modern," says Noyes. "They set up a nice rhythm throughout the space."

Rather than tuck the kitchen towards the back of the living area, the owners chose to position it centrally, between the dining and living areas.

"It's a very social space," says the architect. "The owners wanted the kitchen to be in the middle of everything. They said they don't care if everyone can see the clutter of food preparation. But there is a large pantry tucked out of sight behind."

In keeping with the old-meets-new design, the rear cabinets have rustic wood doors, but these are flush with recessed pulls. They create a textural backdrop to two white islands, including an L-shaped island with the cooking centre and sink.

The barn references can be seen in other areas, noticeably where the walls are painted boards. In the connectors, these walls are reminiscent of traditional porches. Noyes says the construction team also took great care to line up the boards with the windows, to help keep the look simple and calm.

"It may not be instantly obvious, but if the alignment wasn't there, the effect would be much more cluttered."

Throughout the house, windows and doors are positioned to maximise cross ventilation. Other sustainable benefits include passive solar gain from the thermal mass of the concrete slab. Provision has also been made for the installation of photovoltaic panels at a later date.