Designing a kitchen for a new house is an ideal opportunity to get it right first time, with a place for everything and everything in its place.

This NKBA award-winning kitchen, by Melanie Craig Design Partners, was designed for a busy family who wanted mornings to be stress free and energising.

"The owners wanted a kitchen that would put some order into the morning chaos," the designer says. "It was important to have a separate breakfast and coffee zone, and a warm, sunny space."

The kitchen was subsequently opened up to the east so the family could enjoy the morning sun. Bar stools were placed near the windows at one end of a long island, which forms a tabletop with steel legs. A group of pendant lights further highlights this casual dining area.

"At the other end, the island caters to food preparation and cooking," says Craig. "This different functionality is defined by a heat-resistant steel surface and open steel shelving. A narrow band of steel extends right along the front of the island beneath the white stone benchtop, helping to link the two ends." 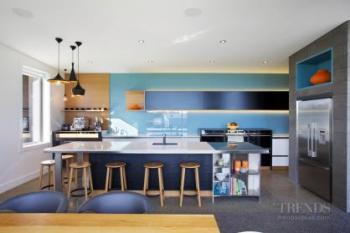 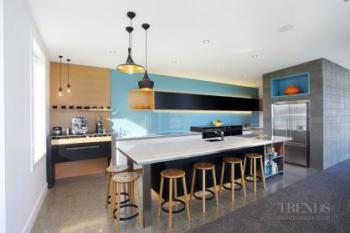 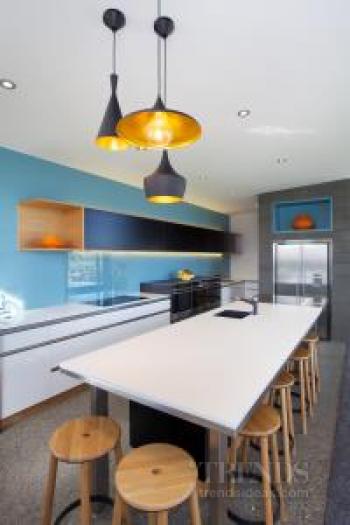 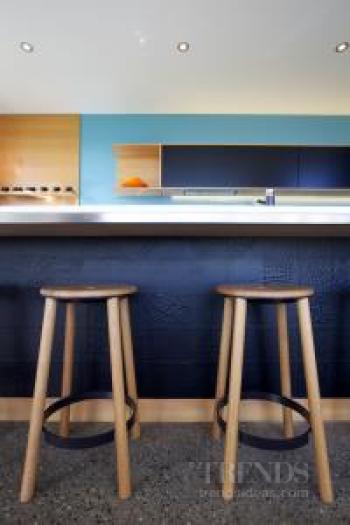 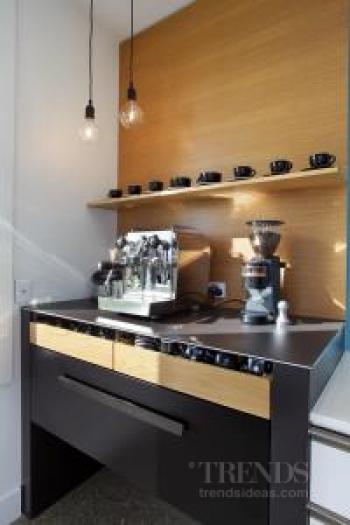 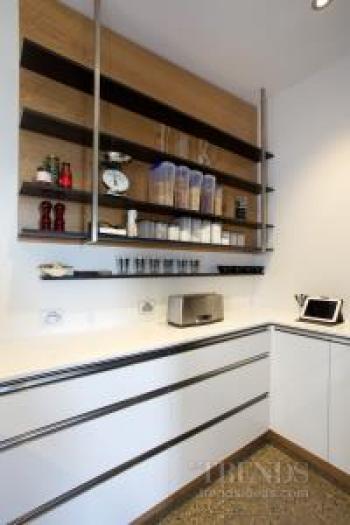 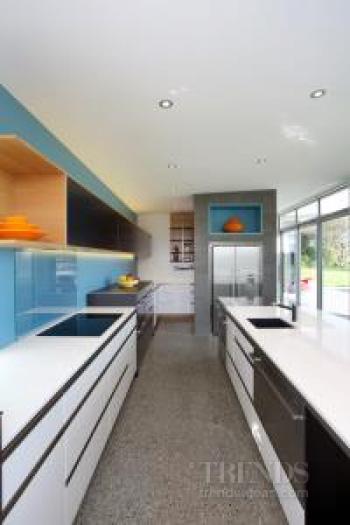 Similar linking elements feature in all areas of the kitchen, bringing a visual continuity to the separate zones. The café-style coffee zone, for example, appears as a stand-alone workstation, with a full- height white oak splashback and shelf. But the black Techlam benchtop echoes the material that wraps around the bank of ovens further along the same wall.

"This is a 9mm-thick benchtop with a white core that gives it an interesting edge detail," says Craig. "And because Techlam is impervious to heat, it provides another resting place for hot dishes. With the ovens at waist height, dishes can simply be lifted straight out and placed on top."

The white oak of the coffee zone is also repeated elsewhere – it edges the black-lacquered overhead cabinets that reinforce the horizontal lines of the kitchen. Recessed steel drawer pulls in the white perimeter cabinets and adjoining scullery further enhance the horizontality of the design.

"This kitchen has many bold textural elements, such as the embossed black leather on the front of the island, and the raw concrete block that wraps right around the wall accommodating the refrigerator. These are contrasted by shiny surfaces, such as the glass splashback."

To provide further contrast, the black, white and timber colour palette is enlivened by the sky-blue shade of the splashback. Blue also provides a pop of colour in a niche above the refrigerator – along with a bright orange ceramic piece.