Step inside any restaurant and you'll get a good feel for what's happening in the kitchen – more often than not the interior tells the story.

So it's not surprising to see a chef intimately involved in the design of a new restaurant, as was the case with this project. Raw restaurant in Taipei was designed by Dutch architect Camiel Weijenberg, in collaboration with owner-chef Andre.

"There was no single inspiration for Raw – it was more a case of two creatives meeting on equal terms, challenging one another and evolving an idea," says Weijenberg. "While André had specific ideas about the interior design, he also gave Weijenberg the creative freedom to explore the notion of a place where gastronomy is fused with design – where food meets art."

Weijenberg says the restaurant needed to create a sanctuary for diners, away from the bustling streets of Taipei. And while it needed to be intimate, it was also important to organise the space and function without the distinctive divisions found in a typical restaurant.

"We needed to create a space without obvious segregations," the architect says. "We felt the boxy approach would be restrictive for a highly creative chef. We wanted to make Raw border-free, yet we still needed to intertwine restaurant operations and functionality. At the same time we wanted to explore our practice preference for ‘crafting the traditional', which aligned with André's own philosophy." 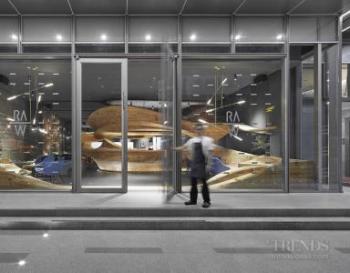 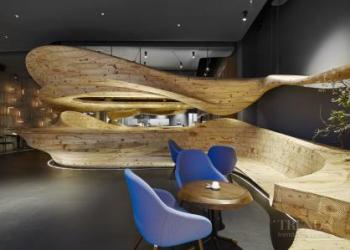 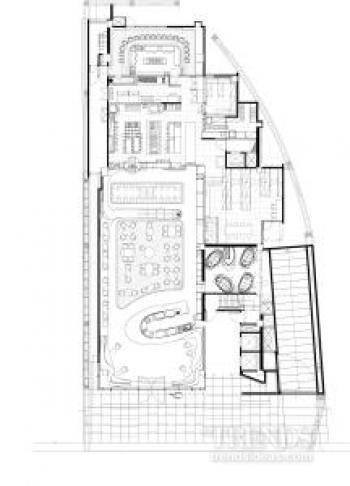 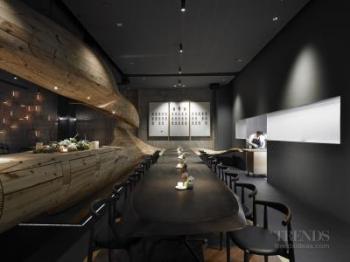 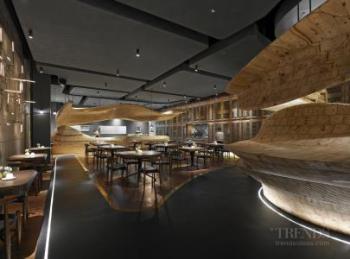 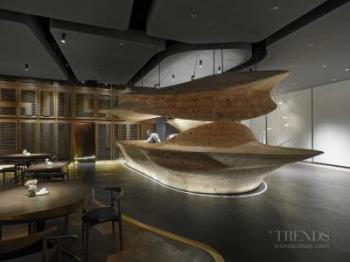 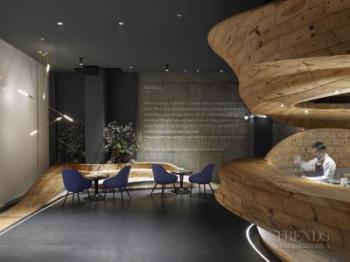 The result is a design that takes diners on a journey that begins when they step across a wooden path and enter a tranquil lounge. Here, they are greeted by a sofly angled, organic centrepiece in Taiwanese soft wood. This 65m-long sculptural element forms a bar at the front of the restaurant, then curves around the rest of the interior, to semi-enclose a number of dining areas.

"There are no straight lines, which created a potential construction challenge," says Weijenberg. "Fortunately, we were able to have the structure built in the south of Taiwan by a boat building company familiar with complex geometries.

However, the materials and finish were new to the contractor.

"The wood blocks – each about 4m to 5m long – were pre-cut using computer technology, which added to the complexity. We also wanted the path of the machining to be visible, like a digital fingerprint. Using local techniques, experience and knowledge, the team was able to create a perfect interface between modernity and tradition."

"We chose a simple, toned-down frame for the louvres, so they don't compete with the sculptural centrepiece," the architect says.

Other features include different-shaped tables with a complementary, organic form.

"The different shapes help to break up the space and avoid monotony," says the architect. "They also create a sense of variety."

The success of the collaborative design approach is reflected in the number of awards Weijenberg has already received for the project. These include the Red Dot Award 2015, Product Design.