Remodeling or extending a house can give a whole new perspective to the way its occupants live, as this project illustrates

The most successfulremodeling projects don't just trade the old for the new. They provide a new way of living that recognizes changing lifestyles and the demands of the modern family. And with good design, remodeling can provide new vistas and perspectives you may never have considered.

The house featured on these pages was originally designed by Juan Molina of Arquitectura. When the new owners wanted to enlarge the house, they called on his services again.

"The original house was conceived as a courtyard home," he says. "Two wings semi-enclosed a lap pool and outdoor living area, while neighboring native plantlife provided a third boundary. We decided to explore the courtyard concept further, adding a new pavilion opposite the living area, creating a U shape.

"The new owners also wanted a relaxed architectural style in the addition, which would contrast the more formal layout of the original house."

As more bedrooms were required, an extra floor was also added to one end of the house to provide two new rooms. 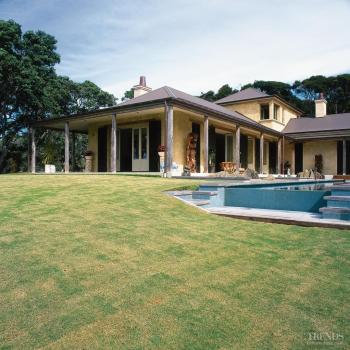 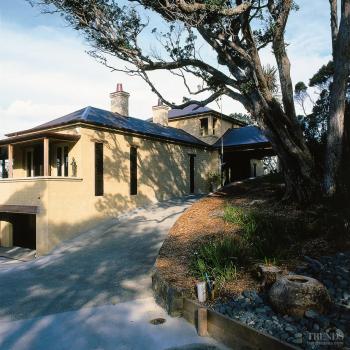 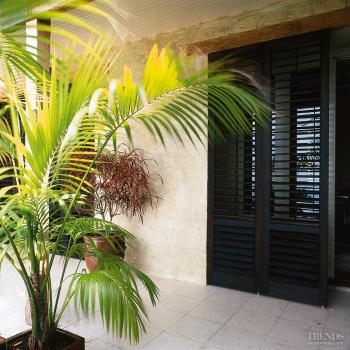 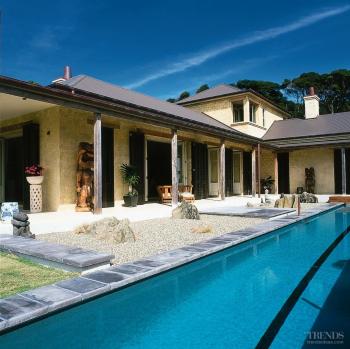 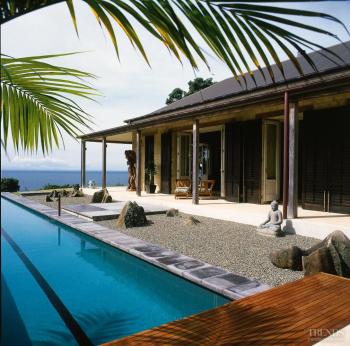 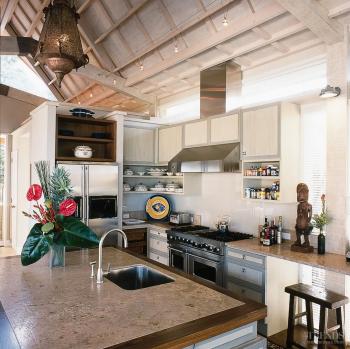 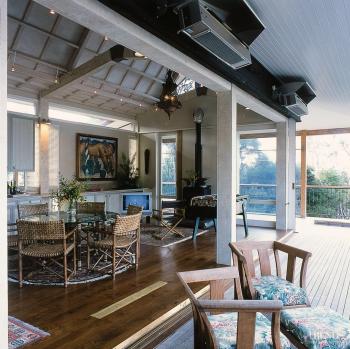 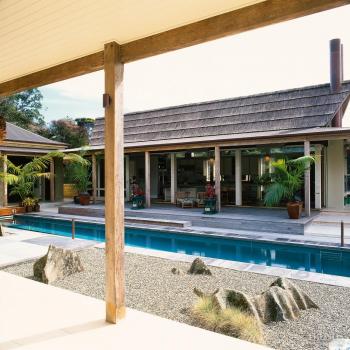 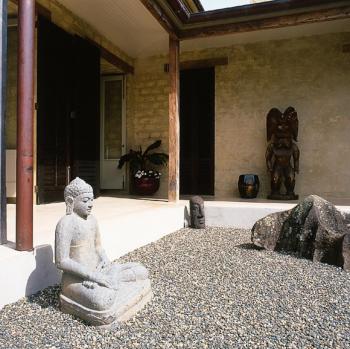 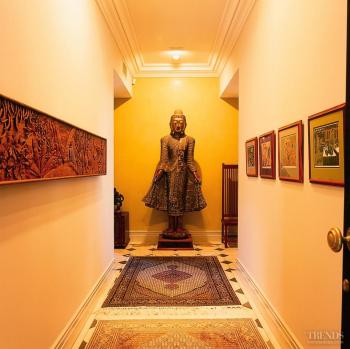 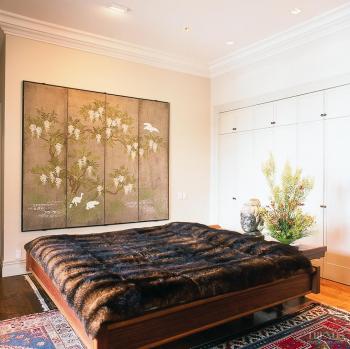 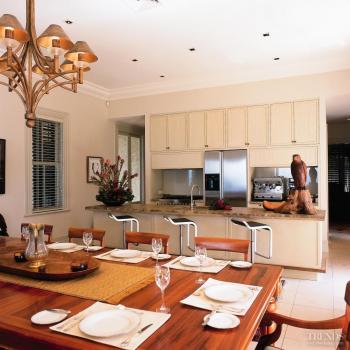 The original house was built with a bluestone exterior, shuttered doors and windows, and heavy wooden lintels. A wide verandah reminiscent of traditional colonial homesteads linked several sides of the house.

"Although the new pavilion is a separate building, we wanted to maintain the idea of a single house," says the architect. "The verandahs and the copper guttering that now extend right around the courtyard and pool area are the linking elements. The use of totara hardwood verandah posts also maintains visual continuity."

The new pavilion, which the owners refer to as the long room, can be fully opened to the pool and outdoor living area on two sides. On the far side of the space, narrow windows provide glimpses of the bush on the west boundary.

"The sense of visual connection between the various parts of the house is very strong," says Juan Molina. "The house presents itself as a series of layers, with different perspectives obtained from glimpses through doors and windows as you move through the spaces. The house is a collection of different experiences. As well as the owners' eclectic art collection and the outdoor landscaping, most rooms provide a peep or wide views of the sea, the sky or plantlife."

To enhance the relaxed, tropical feel of the home, the new pavilion features a thatched-look brushwood roof. A high wooden ceiling and exposed beams, which have a distressed paint finish, add aspacious look to the interior of the pavilion. Glazed gable ends and high horizontal windows on the west side allow plenty of light into the space.

The pavilion houses a new kitchen and family room, and the original kitchen is now used as a bar in the living area of the existing house – directly across the pool from the new building.

Between these two wings is the master suite and an office. Access from one living area to the other is via the verandah in front of the master suite. Two sets of stairs, one at the end of each wing, lead down to a lower garden level, which contains garaging, a large dressing room and a hall displaying art works.

The lower garden level of the new pavilion incorporates a carport and a hobby room. This room faces native plantlife on the western boundary and has its own balcony.

Providing good views was also a priority for the new bedrooms on the top floor of the house. These rooms each open to a corner loggia.

The home's automated technology includes a sophisticated sound system and air conditioning in all rooms. Vents along the side of the pavilion can blow cool or warm air into the room, even when the doors are open. This means the owners can entertain in all types of weather.

The landscaping conveys a relaxed, beach feel and includes palms, weathered rock and river pebbles, as well as Asian and primitive statuary. A hot tub and an outdoor shower at one end of the pavilion further enhance the sense of retreat.