Several logistical, location and tricky design considerations had to be addressed by developer and builder Calder Stewart before the state-of-the-art Vodafone Building could come into being

Developed and constructed by Calder Stewart, the Vodafone Innov8 building has recently been completed as part of Christchurch's new multi-building project – the Innovation Precinct. The drive to create a 21st century facility despite the many distractions of building in an energised but still-under-redevelopment city, had several challenges.

The InnoV8 building is the most technologically advanced office workplace in New Zealand, says Vodafone CEO Russell Stanners. Vodafone NZ is the principal tenant in the building and is also the naming tenant.

The 8900m2 InnoV8 building is home to five levels of office space as well as a Vodafone Concept Store and the global start-up accelerator programme called Vodafone xone.

Designed to promote natural ventilation and light, and conserve water and energy, the planet-friendly building has achieved a 5 Green Star Design rating from the New Zealand Green Building Council. 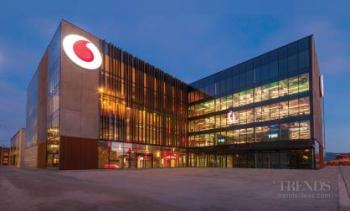 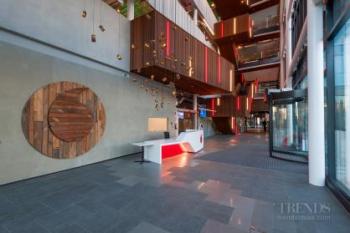 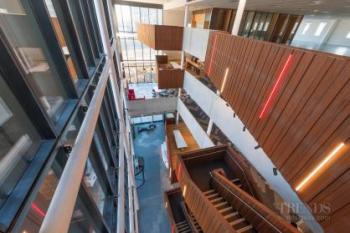 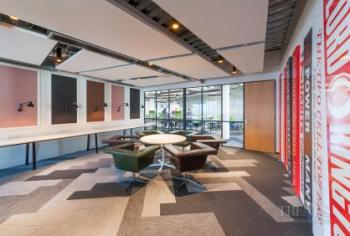 In terms of its construction role, this was a design and build project – with Calder Stewart given a concept design from Jasmax Architects.

Development manager for Calder Stewart on the project Kevin Arthur says the company's role was then to "make it real" – to design, engineer and construct the building.

Given the time and post-quakes location, there were some obstacles to be dealt with along the way.

"From the outset, tight timelines were a key part of the challenge. The Canterbury Earthquake Recovery Authority (CERA) was trying to open up the Innovation Precinct at the same time so we were building on a piece of land that was still going through the process of being properly subdivided and put into the CERA masterplan.

"So essentially, we had to co-ordinate our build to finish on time, while making sure everything CERA and the council had to do was also complete."

Another consideration was the highly complex nature of the building itself, with a lot of advanced technology built in. Plus the design features a full-height atrium clad in natural timbers – a challenging element to engineer and build.

"And the whole state of Christchurch and the flurry of construction activity also played a part. This project was undertaken during a period when construction works in the city centre were at an all time high.

"Huge demands were being placed on main sub contractors, such as glazing companies and air con installers, by us trying to work in with them while they were under immense pressure themselves. Even so, we still achieved our deadlines – it was very challenging but we were successful."

"The workload was also made difficult by the environment – at this time the council was doing all its work around the city so getting building supplies in was tricky in logistical terms. Even simple things such as having a location where our workers could store concrete panels was a logistical challenge.

"It may sound clichéd, but the process for Calder Stewart to resolve all these issues lay in good communication – making sure we had the right people doing the right things at the right time."