A two bedroom Victorian bungalow with its inherent contradictions of high studded ceilings and boxy rooms, is unlikely to meet the needs of today's family. Modern living requires open-plan areas that connect the kitchen with the dining, living and outside areas.

When the owner bought the home featured here, he was single. He then got married, and it was when the couple were expecting their first child that they decided to do something about their poky kitchen and living area.

Architect Craig Rossetti had to embrace the new without compromising the old and comply with the strict planning regulations that are imposed on a house under heritage protection.

The council allowed the kitchen and living area at the rear of the house to be radically altered, only on the condition that it couldn't be viewed from the street.

The decaying weatherboard at the back was stripped away and an upper storey added to create a master bedroom and ensuite. Downstairs the kitchen and dining area were extended and now open onto a paved courtyard. 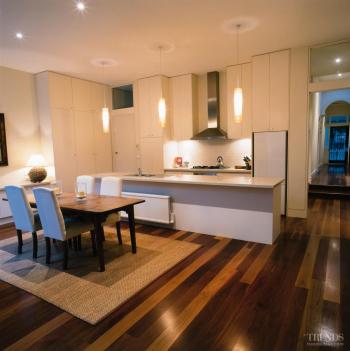 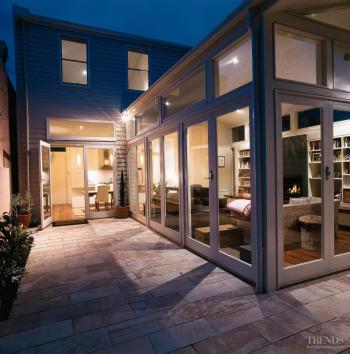 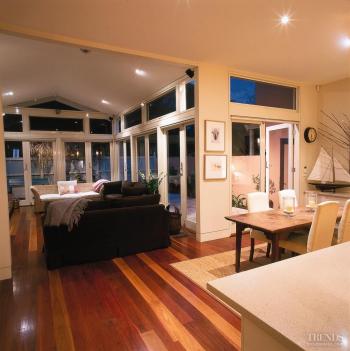 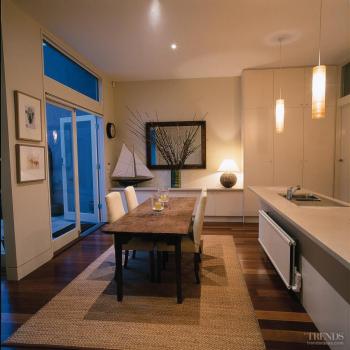 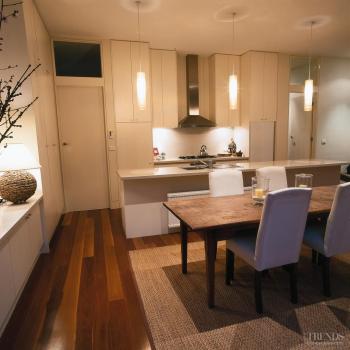 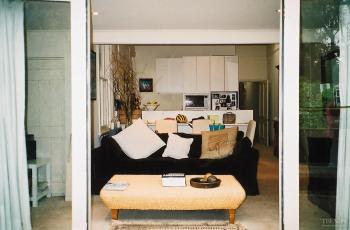 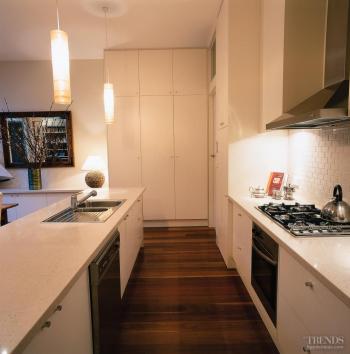 An adjacent room, consisting of a steel frame covered with windows on two walls is an informal living space. The third wall backs onto the street so instead of large windows there are bookshelves, a fireplace and frosted windows for privacy.

"We installed a modern kitchen and living area, because I think you are doomed to fail if you try to make something new look old," Rossetti says.

The kitchen itself is separated from the dining area by an island bench, which contains a dishwasher and sink. On the wall opposite is the stove and oven.

"The clients sought a casual atmosphere, and so wanted to keep the kitchen area open to view," Rossetti says.

The style of décor is pared back, and it is the use of different textures, rather than colours, that creates the design statement.

"It is an adaptable interior. The natural tones of the walls and floor mean that the furniture and display items are what provides the space with its accent," he says.