An entire inner-city block has been transformed into a new retail mecca for Christchurch – however, The Crossing's massive development is on a very human scale

Christchurch is fundamentally changing. The seismic events that tragically raised much of the city also cleared the way for a vibrant new heart. Many new buildings going up are as large as they are structurally and architecturally impressive, but The Crossing – developed by Carter Group and designed by Wilson and Hill Architects – creates an intimate kind of retail experience, with an air of discovery and variety at every turn.

Carter Group's Philip Carter, the driver behind the substantial, forward-looking development, says The Crossing is a vibrant, world-class retail and office hub that offers a drawcard for locals and visitors alike.

"There's always risk with a project of this magnitude, but The Crossing is Carter Group's way of showing leadership and confidence in the rebuild of the Christchurch CBD," says Carter.

"Together with other dynamic developments, The Crossing gives the inner city a new heart and pumps life back into the retail precinct as a whole."

With about 44,000m2 of space, the development is the largest privately owned project in the city centre. 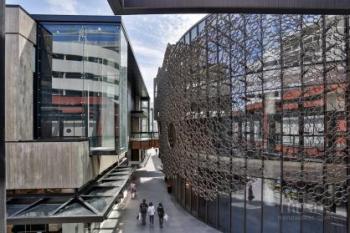 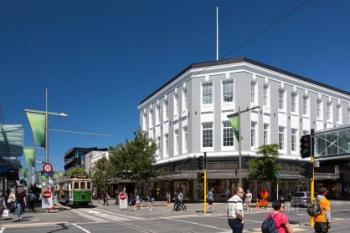 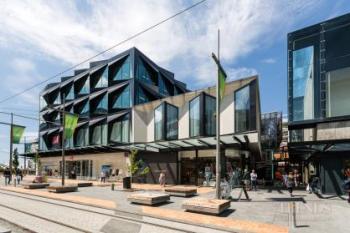 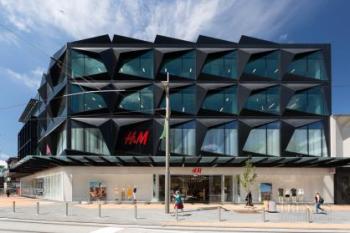 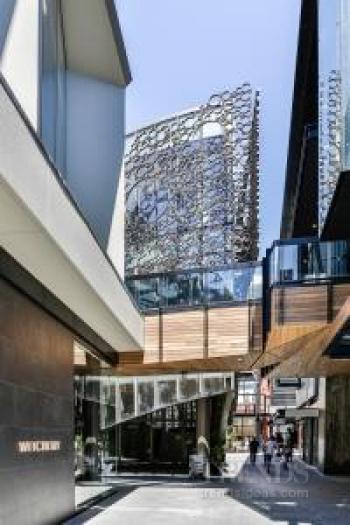 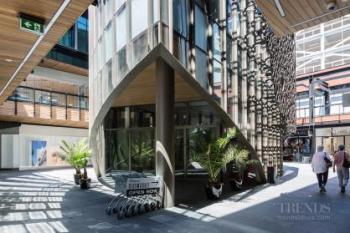 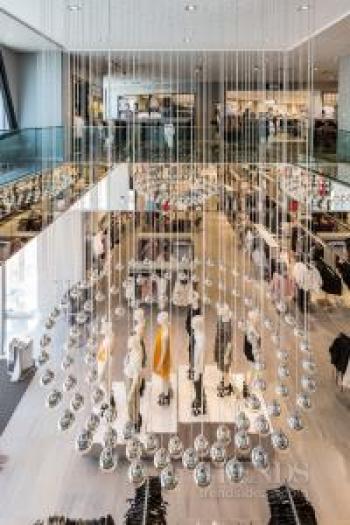 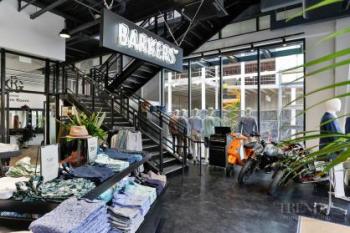 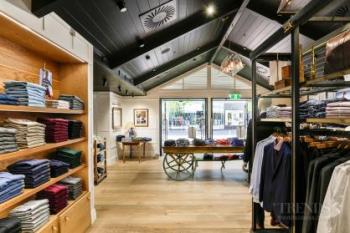 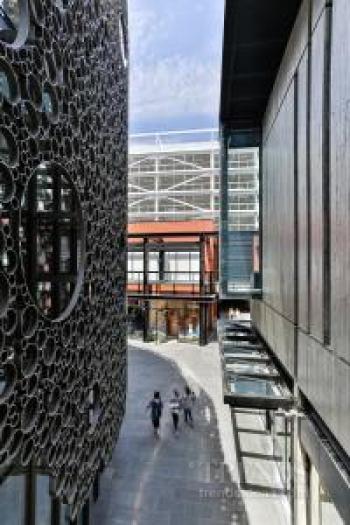 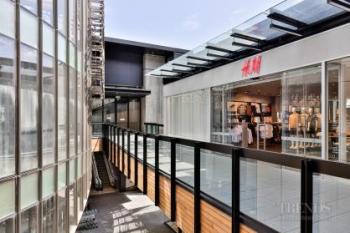 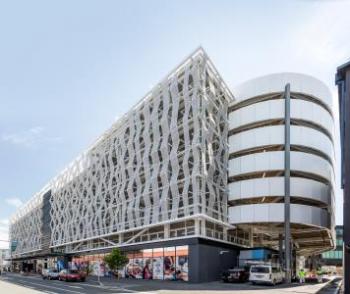 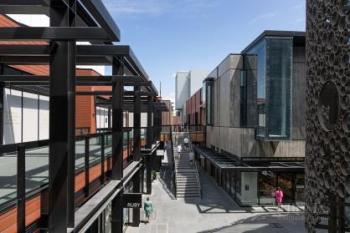 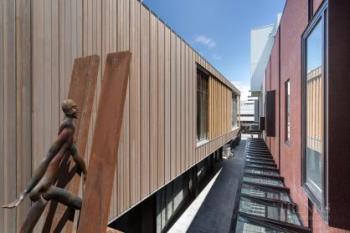 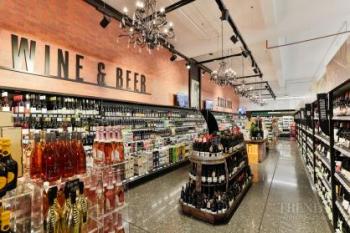 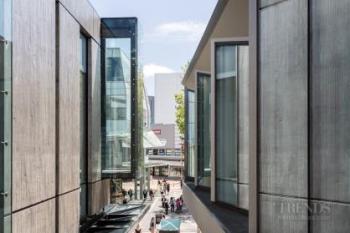 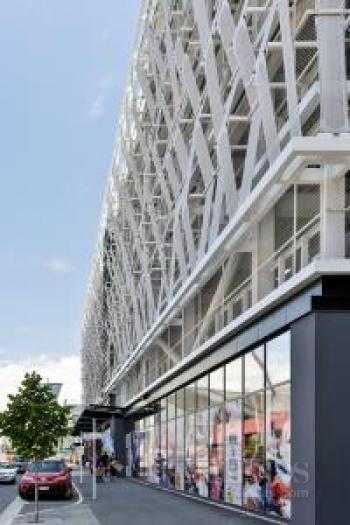 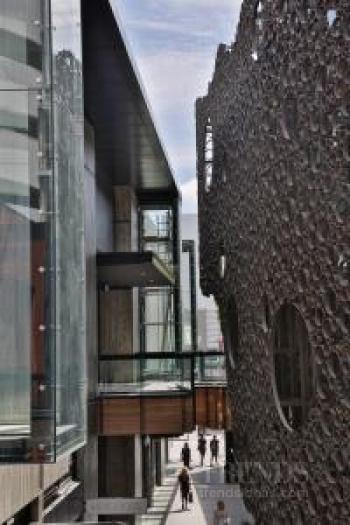 Ideally situated on the one hectare block between Cashel Mall, Colombo Street, Lichfield Street and High Street. It's comprised of 14,000m2 of retail and hospitality and 5000m2 of commercial space, together with an integrated multi-level carparking building.

The Crossing is also bolstered by its illustrious surroundings. The thriving Innovation Precinct is to the south-east, while the Convention Centre and Performing Arts Precinct and Justice and Emergency Precinct also border the development. The Avon river meanders along its western side and the city Bus Interchange is also to the south.

However, it's the way The Crossing dovetails with the city's architectural history, creates a sense of an implied ‘new' history, integrates bold modern architecture and creates an air of discovery overall for shoppers that sets it apart from other large-scale retail developments in New Zealand.

David Hill and Stuart Hay were design architects for Wilson and Hill Architects on the development.

"We sought to achieve several things with The Crossing," says Hill. "One aspect was anchoring the development within the city's history and, as part of this, we restored and reinforced at considerable expense the 1935 heritage building facade on the corner of Cashel Mall and Colombo Street. We also retained the airbridge that will link across from here to the Christchurch retail icon Ballantynes."

Together with connections to the old – another historic facade was also retained – there is also the architecturally bold and decidedly brand new.

"With so many large buildings going up in the city we wanted The Crossing to be on a more human scale, with varied architectural elements throughout. However, there are some substantial buildings within this like the H&M building," says Stuart Hay.

"This steel-frame building with its high-profile tenant has a lightweight but dramatic composite panel facade that, with its play of light and shadow, looks different from every angle," says Hay.

On the opposite side of the block, the sculptural carpark building sports a taught weaved fabric facade and also has a strong, stand-out appeal.

Overall, however, The Crossing is comprised of smaller buildings with diverse facades, forms and materials, such as brick and wood, all threaded with laneways that lead to the centre of the complex. And the variety of architecture, crisscrossing laneways and air bridges creates a variety of views and experiences for shop-goers, or those there to partake of the precinct's hospitality options.

The three laneways evoke a sense of being from an earlier time, adding to The Crossing's feeling of permanence, but they fulfil another key role, too.

"We wanted to create a sense of discovery," says Hill. "And the laneways offer peeks of the central hospitality building from the street, without fully revealing its nature – so drawing shoppers into the heart of the complex."

And the arresting semi-circular building is a worthy centrepoint for The Crossing. Its three levels of hospitality will include a cafe at ground floor and the building is partly wrapped in a decorative aluminium mesh which for some thirsty shoppers may symbolise the bubbles rising in an ice-cold drink.

"Naturally, given past events, seismic resilience is integral to all structures in the shopping and office precinct," says Hay. "For example, the historic corner building has been fitted with a buckling-restrained brace system to protect it.

"The H&M building's seismic resistance comes in the form of a moment resisting frame system. This is ideal for steel-frame buildings and has the added bonus of having no diagonal struts, thus allowing for larger, uninterrupted shop fronts."

The Crossing has already proved popular with the two bodies that matter the most. Leading fashion brands like Trenery, Barkers and Country Road accompany H&M, and many more name retailers are likely to follow. Then there are the shoppers themselves, who have flocked to the diverse, inner-city retail mecca from day one.