In a city centre laid bare by earthquakes, it's not surprising to see a new architectural language emerging – and it's a voice that speaks to the past as well as the future.

This Christchurch office building, which is the new home for Corbel Construction, is one of the first post-earthquake buildings to go up on a brownfields site in Lichfield Street.

Architect Graham Crust of Beca says the barren landscape made it challenging to find a context for the architecture.

"The main concern was working out what to do with the exterior envelope," he says. "There was no way of knowing exactly what the future context could be. But we knew we needed to future proof the design and allow for the possibility there could be high precast concrete panels going up on a building next door."

The solution was influenced by several factors, including the nature of Corbel Construction's own business. Co-director Mark Wells says the company wanted a building that would showcase its skills. 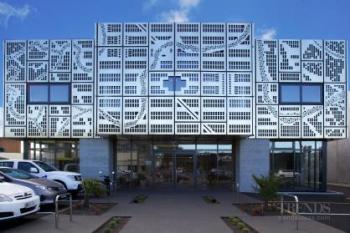 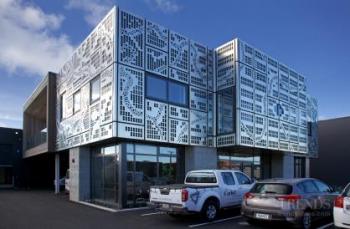 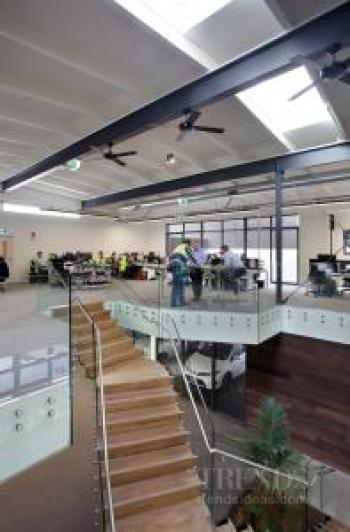 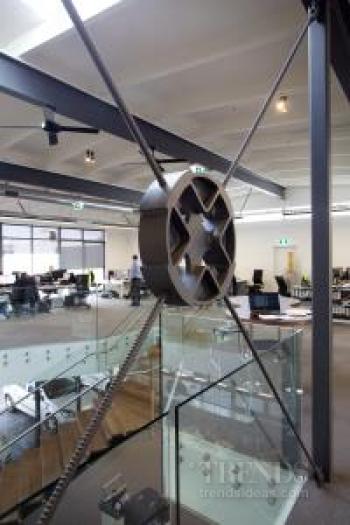 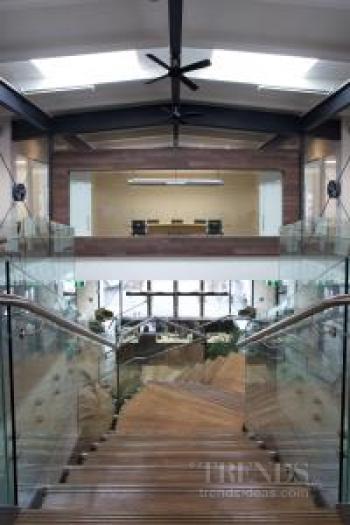 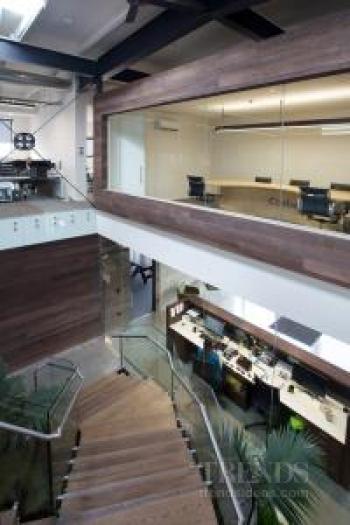 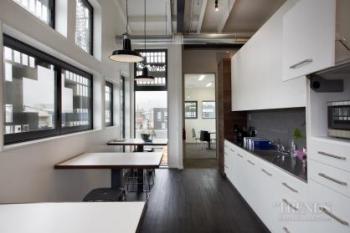 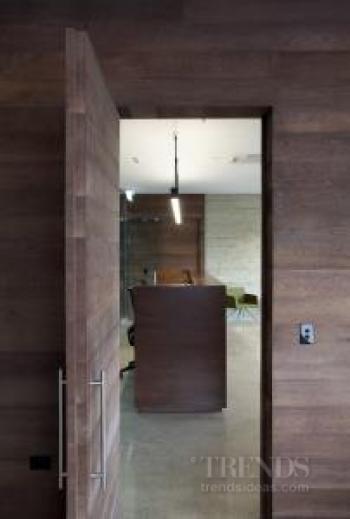 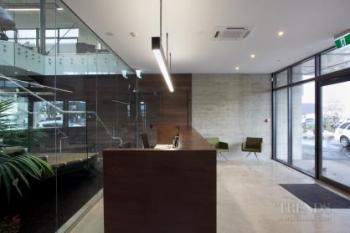 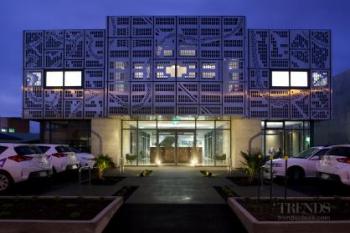 "We wanted the building to make a statement – it needed to be a conversation piece. And we liked the idea that it would reference our work."

Crust says the design team looked to provide visual keys that would reference this, and came up with the idea of a 1200mm by 2400mm panellised exterior.

"Then we considered CNC routing, which in turn led to the idea of a perforated aluminium facade that sits out from the building. This gave us an opportunity to enliven the building be a little whimsical in a relatively hard environment."

Coming up with a suitable pattern for the facade was more serendipitous. Crust says the design was inspired by an 1874 map of Christchurch located by senior designer James Pearse.

"This gave us an historical overlay, which we could wrap around the front and the sides of the building. It also provides topographical references to key features in the region, such as the braided rivers, and references the Port Hills."

Spacers set the aluminium facade 50mm off the wall behind, which is clad in ironsand-coloured Titan Rainscreen panels.

"We framed large cedar balconies on both sides of the building to add visual softness," says the architect. "Christchurch at present is a bit rugged and hard edged, so this provides a little balance."

The cedar is angled upwards at the top of the window, like a picture frame, to lift the eye up to the sky – and it allows more light to flood the interior.

"This was also a way to exemplify Corbel Construction's strong craftsmanship ability – a theme that continues on the interior," says Crust.

Mark Wells says the office, which brings together staff from two separate buildings, needed to be an open-plan, collaborative space.

"We originally envisioned a converted warehouse look with old trusses and exposed steel girders, but the roof height was too low. That concept was a strong influence, however."

In addition to exposed steel I-beams, cable trays and trusses, structural bracing around a void is exposed.

"We wanted the building to impart a certain construction honesty, without being brutal," says Crust. "There are clear references to the nature of Corbel's work on the interior as well as the exterior."

These include a floating sculptural timber staircase that twists its way down the centre of the office, making a grand design statement and providing the desired wow factor. It also highlights a more challenging aspect of the design from an engineering and construction viewpoint.

"Several walls are lined with American oak, which reinforces the sense of craftsmanship" says Crust. "Some of these walls incorporate hidden doors, highlighting the company's expertise in shopfitting."

The glass-walled boardroom is framed in American oak, so it resembles a container-like box suspended above the void.

"There is a strong sense of transparency and a team culture in the office," says the architect. "When we started working on the plan, we allowed for several offices, but these were deleted, with the executive staff preferring to be part of the team."

The attention to detail that characterises the company's work is also evident in the interior, which was a collaboration with interior designer John Gaynor at Indesign Architecture.

For example, the formwork pattern left exposed on the concrete wall panels is perfectly aligned with the grain of the American oak.

"All these elements help to reinforce Corbel's philosophy – it is proud of this city and proud to be part of the rebuild."