Most of us probably have no idea just how much our home could be improved by a makeover. And that's not surprising. It usually takes a designer's eye to see the true potential of a space.

The designer for this project was Andreas Charalambous of Forma Design, Inc, who was commissioned by owner Marc Bransky to open up the interior.

"The owner was about to retire and essentially wanted to declutter his life," says the designer. "He wanted a much more efficient home, not just in terms of the layout but also in terms of the home automation and audiovisual equipment. I liken it to using the latest technology to transform the interior into a simplified Version 2.0 of who you are."

Bransky agrees the original apartment interior was rather cluttered, but he says he did want to keep several key furniture pieces that were mid-century classics.

"I wanted a design that would show off these statement pieces," he says. 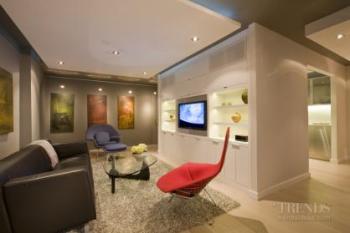 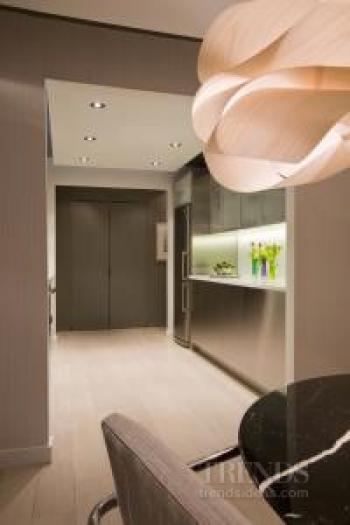 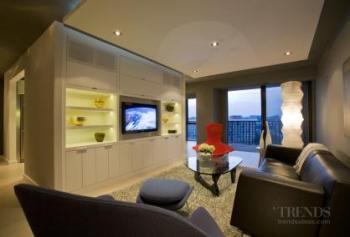 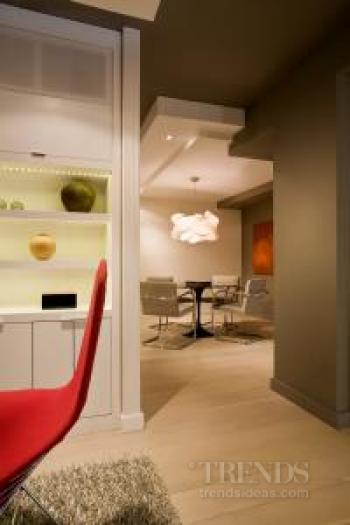 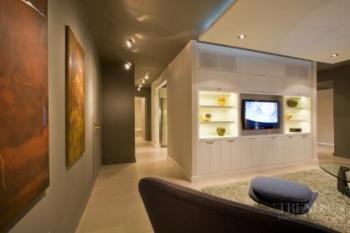 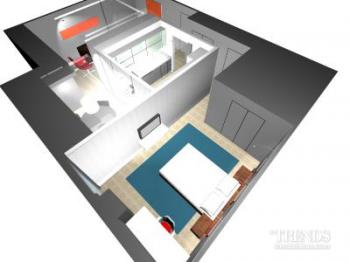 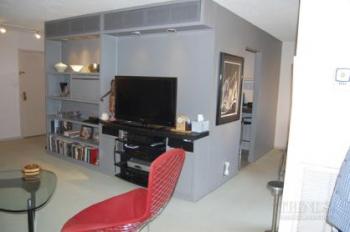 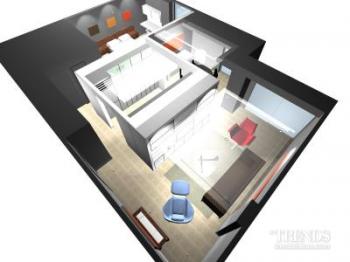 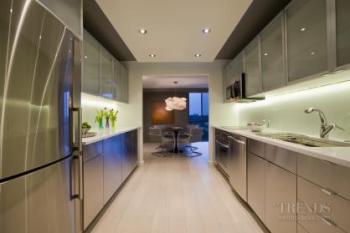 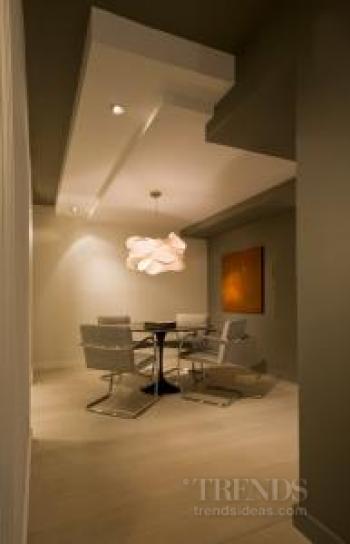 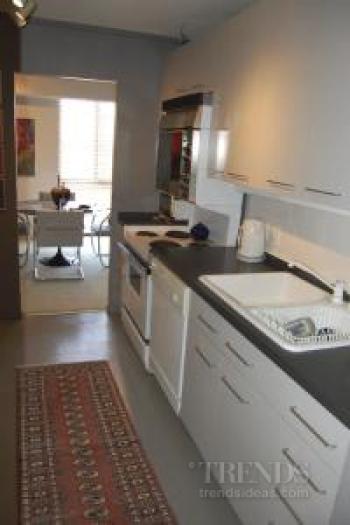 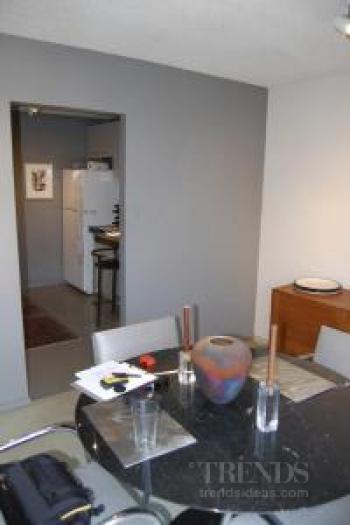 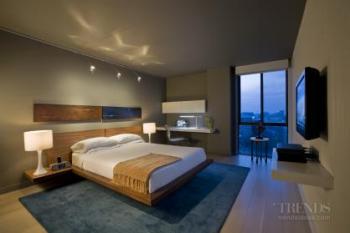 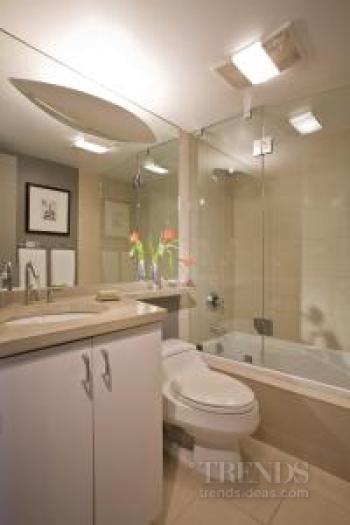 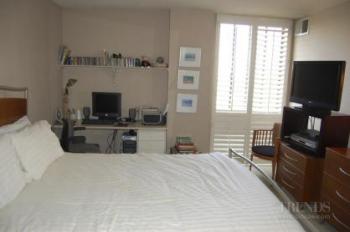 Charalambous chose to retain another key feature of the interior – a central cube volume that accommodated an old-style kitchen in need of updating.

"I looked at different schemes but decided to emphasize the kitchen in the center by making the cube a bold white form within a dark gray space. The walls and the ceilings of the surrounding living areas are painted a dark charcoal to enhance the dramatic impact of the cube, which features white textured wallpaper.

"All spaces relate back to this central volume. No matter where you are in the apartment, you can orient your position by the white walls – even in the bedroom."

Charalambous says one side of the cube accommodates the entry, with the living area on the opposite side. The other two sides are taken up by the dining room and bedroom respectively.

The designer created white suspended ceilings in the living and dining rooms and kitchen to define these spaces and to house the lighting. None of these ceilings touch the cube, and there are no paintings on the white walls, which helps ensure the cube retains its pure visual form.

The sleek, streamlined look of the cube is also enhanced by the symmetry of the shelves and cabinetry on the side facing the living room. The cabinetry conceals speakers and other audiovisual equipment, all of which can be operated remotely by the owner using an iPhone.

"Decluttering the space was a way to highlight the designer furniture pieces," says Charalambous. "If you create a nice envelope and choose dramatic lighting, furniture is transformed – it comes to life."

A new kitchen was another major part of the remodeling. The openings at either end of the cube were widened to improve the flow, and a galley-style kitchen installed. This features sleek stainless steel Ikea cabinets topped with white Silestone quartz countertops.

"We added a white glass backsplash, which is illuminated so the whole cube appears to glow within the dark gray room that surrounds it," says the designer.

Flooring throughout the apartment is rift and quartersawn white oak. The boards, which have a whitewashed finish, come in varying widths to add visual interest – ranging from 4-9in.

The interior was also designed to maximize the expansive city views. Even though the spaces revolve around the central cube, floor-to-ceiling windows ensure the view can be enjoyed at all times.

In the bedroom, a cantilevered bed and headboard appear to float above the floor, reinforcing the simple, uncluttered look.