In the '60s, prefabricated houses were beginning to make an impact in the new home market, with several companies offering customized variations on a range of standard architectural plans.

This post and beam house, originally designed and built by Deck House, was such a project. The current owners, who bought the property in 2007, liked the woodsy Mid-century Modern feel of the house. An exposed cedar deck ceiling, and high-quality mahogany wood-framed doors and windows were key attributes.

But it was clear the house had never been designed to maximize this particular site, says architect Bill Waddell, who was commissioned to design a major remodel.

"The entry was rather awkward, with guests needing to walk up a long path at the side of the house to get to the front door," he says. "And the roofline of the garage, which had been added later, was 4in lower than the rest of the house.

"The interior was also tired. The main living spaces were divided by walls and the house lacked the openness and flow the owners required. The best outlook was blocked by the kitchen cabinets. The renovation needed to provide a more powerful connection with the outdoors and the leafy woodland landscape." 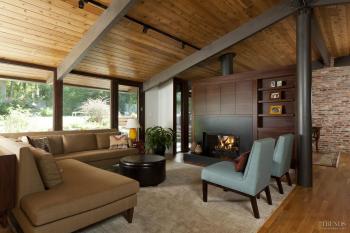 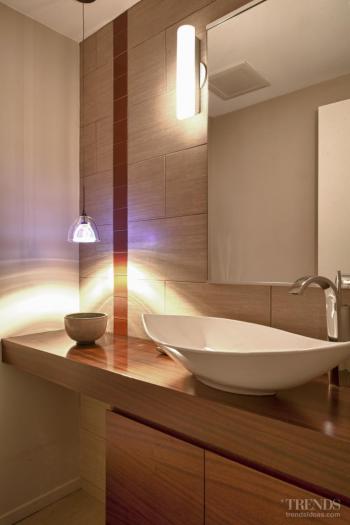 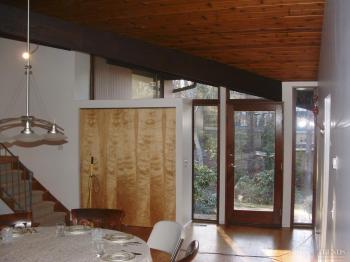 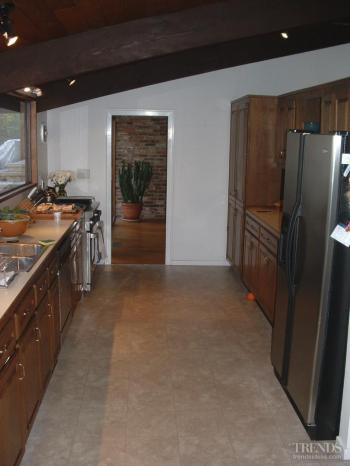 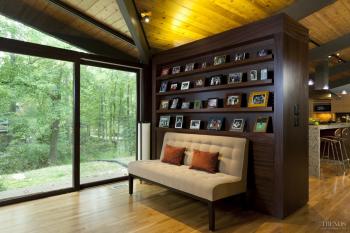 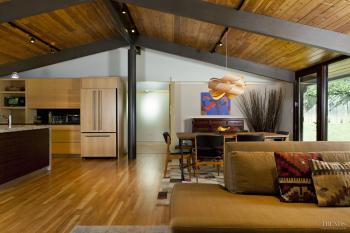 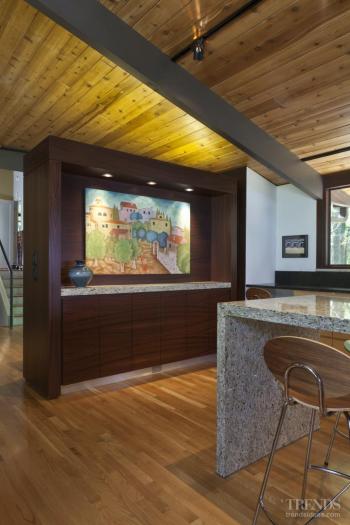 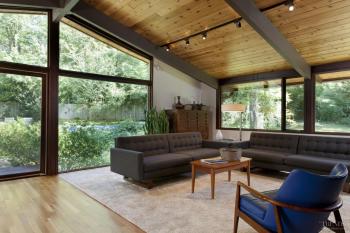 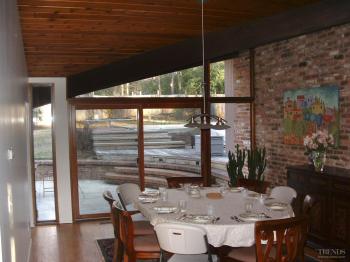 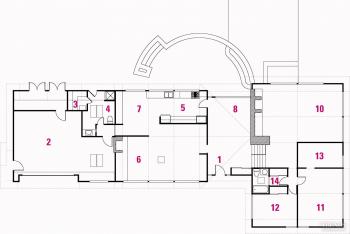 The entry was consequently moved back towards the street and clearly defined by an elevated wood terrace and a large, steel-framed, etched-glass canopy that provides shelter in wet weather.

"To conceal the awkward gap between the roof heights, which was making the boards prone to rot, I added a thickened wall structure that extends out from the house," Waddell says. "This also helps to anchor the entry, visually.

"We added an entry foyer, which had been lacking – in the original layout, guests walked straight into the formal dining room. Because the remodeled laundry, family entry and powder room are at the garage end of the house, the family now get to pass through the new foyer on a daily basis and enjoy the same arrival experience as guests."

Major changes are also heralded in the rest of the interior. Notably, the kitchen was moved to the opposite side of the large living area, and internal walls removed to open up the space.

"At some period, former owners had replaced the original kitchen with more traditional cabinets that did not fit in with the era of the house," says Waddell. "In moving the kitchen across the room, we were also able to introduce full-height fixed windows and doors to the side of the room with the best outlook, so there is now a private, unobstructed view."

The new kitchen features sleek cabinets in light maple and dark sapele mahogany, which are teamed with Ubatuba granite countertops. The maple matches the color of the red oak floors, while the sapele mahogany complements the window and door frames, and new cabinets in the main living area.

"Two walls that separated the formal dining area and original entry were also removed and replaced with freestanding, 7ft-high mahogany wood cabinets," says the architect. "One of these incorporates a double-sided fireplace that opens to both the living and formal dining areas. The lower height of these cabinets provides a visual link between the spaces. It also means the whole ceiling is exposed, which reinforces the rhythm of the open post- and-beam structure."

Removing a single skylight above the former kitchen also helped to restore the beauty of the ceiling.

The formal dining area remains in its original position, beside an internal exposed brick wall. But the entry opposite is now a seating area with a small table used for games. The former front door was replaced with full-height glazing so the owners can now enjoy the view out both sides of the room.

Lighting was also changed, with new tracks installed to run wiring along the ceiling deck. The new lights make the interior much brighter, says Waddell.

Other changes included the complete remodel of the master suite. Here again, windows were enlarged, and walls removed to provide a more coherent flow.