We often respond well to a new house that sits comfortably within the surrounding landscape. But it's also worth asking whether the architecture blends in with regional house styles, especially in the case of traditional homes.

Architect Tom Catalano says this vacation home has its roots in local architectural traditions, so that once weathered it will be hard to distinguish from other vintage homes. The design follows the Shingle Style, common along the New England coast in the late 19th and early 20th centuries.

"This style has an organic, expressive form – the exterior walls and roof wrap the house like a skin, and from the outside you can sense the rooms and volumes inside," he says. "Materials are limited and colors are straight-laced – typically you will find whites and neutrals, with touches of dark color.

"Here, I've used natural cedar shingles for the siding and roof, with touches of dark green for the window shutters. The level of detail and the monochromatic quality of the materials are consistent throughout the house."

As the site is 30 feet above water level, Catalano designed the home to sit low on the land, so that it would not appear too imposing. 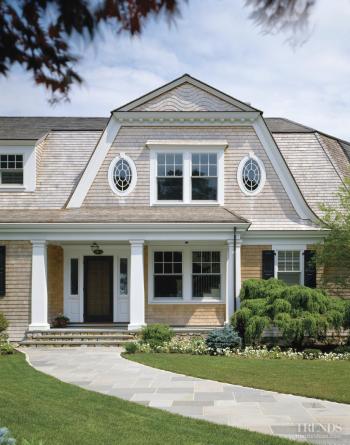 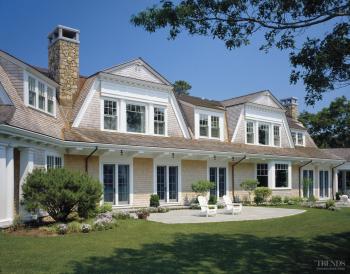 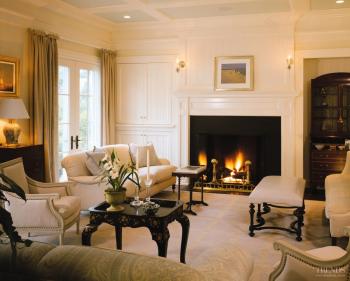 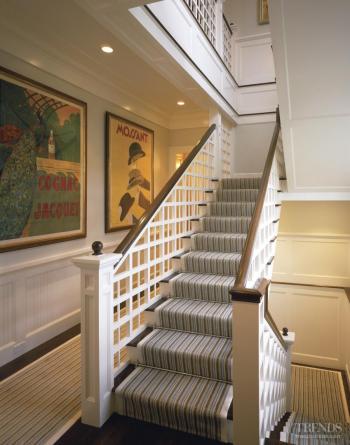 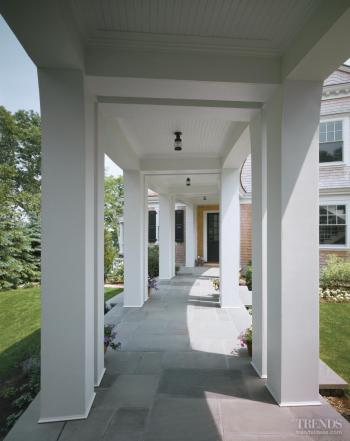 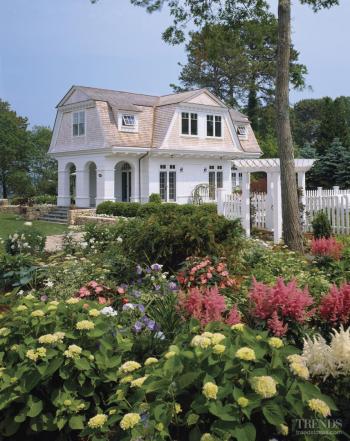 "The main entrance is asymmetrical, which helps to make it less grand and puts the emphasis on the staircase, which is centered on the windows. I've also included whimsical touches in the design, such as the wavy form of the shingles above the dormer windows."

The house is oriented so that every room faces the sun and views of the bay. To avoid a long, thin circulation spine, Catalano placed the main entrance in the middle of the house, which leads directly to two main living rooms. A guest suite is positioned at one end of the house, and the kitchen and family room at the other.

The house is a modern interpretation of the Shingle Style, he says. There are no separate servants' quarters, the link with the outdoors is stronger and the large open-plan kitchen is in a central position in the home.

"We wanted the home to be refined, but also comfortable and casual," he says. "We chose a light color palette of soft watery blues and beiges, to mirror the sky and water, and selected natural materials such as linen, cotton, raffia and wool. There is a lot of millwork in the home, with different layers of molding. We wanted to set this off, so we chose a light paint wash for the walls."

The homeowners wanted separate guest accommodation to allow family members to stay for extended periods, so Catalano designed a separate guest and pool house. The garage is linked to the house by an open walkway leading to the understated front entrance.

"The guest house follows the same roof form and detailing as the family home, but is more playful and expressive. I have followed a more stylistic rustication here – it is really like a garden folly."