Any new civic building attracts its share of public opinion, and a decision to build a large museum in the centre of a city's main open parkland is likely to attract some controversy.

When San Francisco's California Academy of Sciences made the decision to replace a collection of old, structurally unsound buildings in Golden Gate Park, it approached architect Renzo Piano. The new building is the result of an eight-year collaboration between Piano and San Francisco-based architect Chong Partners Architecture.

"Initially, there was a concern that the park should not have a large and imposing building in its centre. However, Renzo Piano wanted his design for the museum to be an expression of a building in the open air, with minimal impact on the surrounding park," says collaborating architect Gordon Chong.

"His vision was for a building with transparent edges, with a strong sense of the inside and outside merging, where the rooftop plane was within the treeline of the park, and the whole building fitted into the dimensions of the local environment."

The Academy, a scientific institution, has been in existence since 1853, and has always been committed to original research and to educating the public. In addition, as a scientific organisation, environmental sustainability is strongly and inseparably linked to its mission and goals. 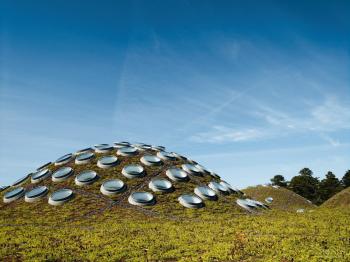 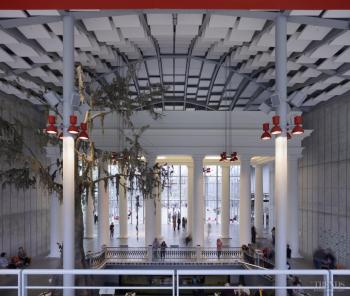 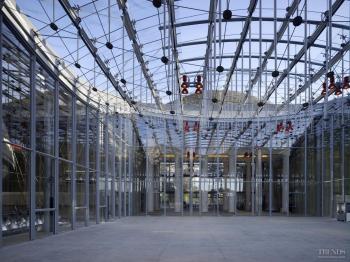 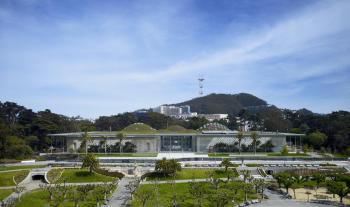 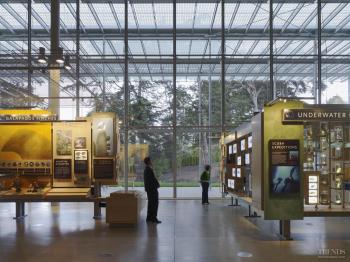 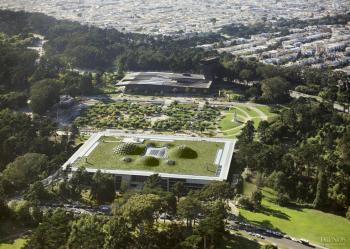 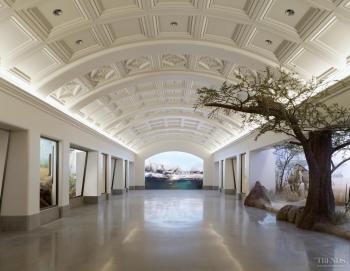 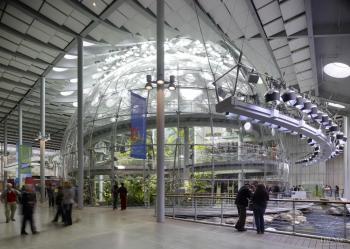 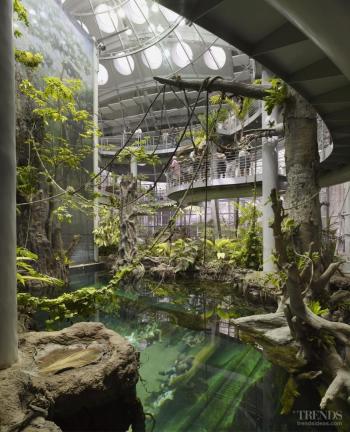 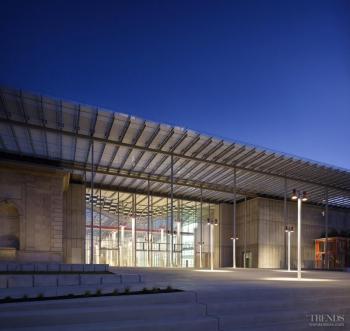 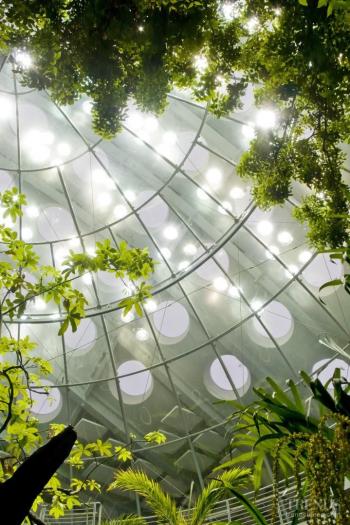 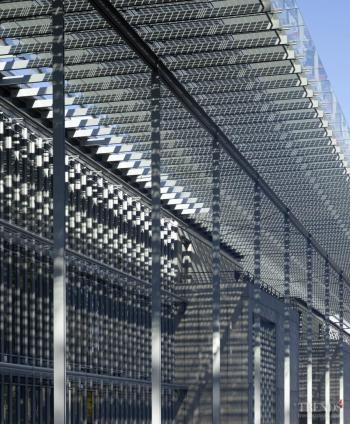 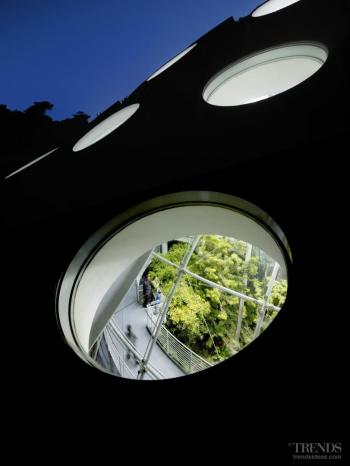 Housed in what is thought to be the world's greenest museum, the Academy has a commitment to sustainability that extends from recycled cotton jeans insulation, 100% recycled structural steel and use of sustainable construction methodologies to heating, cooling and energy generation.

Topping the museum is an almost one-hectare living roof that visually connects the building to the landscape of the park. This grass-covered roof, which is punctuated by a series of portholes, is also a key feature of the building's sustainability. The soil substrate provides natural insulation and absorbs up to 7.5 million litres of rainwater every year, preventing it from entering the city's stormwater systems. The green surface absorbs heat rather than reflecting it back into the atmosphere, while the steep slopes of the roof act as a natural ventilation system, drawing hot air from within the building, through the portholes, and funnelling cool air into the open plaza. The portholes also direct ambient light into the centre of the building, and provide natural light for the planetarium and swamp, helping the coral reef and wetland plants to grow.

The technology required to run these systems and maintain the building's sustainability is complex and sophisticated, says Chong.

Two weather stations on the roof connect to computers that continually refine and tweak the heating and ventilation systems in the building in response to climatic factors such as temperature, rain, light and dark. Sensors on the rooftop portholes are connected to the computer, opening and closing them according to the conditions. An open plaza brings natural light and air into the centre of the museum. However, to protect visitors from rain or excessive sunshine, sensor-activated sun and rain screens automatically open or close over this area as required.

"The result of these systems is that a major portion of the exhibition space is not mechanically heated or ventilated," says Chong.

"These technologies are used in an advanced way and reflect an educational aspect of science, which is one of the goals of the Academy. The constant modifications and fine-tuning reflect our changing natural world," says Chong.

Simpler features complement the technology. For example, a 9.1m eave of fritted transparent glass overhangs the perimeter of the roof frame, providing filtered light to the interior of the building. Around the edge of this, a decorative band of photovoltaic cells generates up to 5% of the Academy's energy needs, and floor-to-ceiling walls of glass on every side of the building mean 90% of the interior offices are naturally lit.