Minneapolis is a thriving, vibrant city, able to attract the world's best and brightest workers at a time when the populations of other Midwestern cities are shrinking. Yet, Minneapolis has a harsh climate, is far from the ocean and is relatively isolated.

This lack of natural advantage is one of the reasons why the city is home to so many world-class cultural facilities. Its residents have had to work harder than most to make it an attractive destination for creative, young professionals.

The Walker Art Center – well known for commissioning and presenting innovative, contemporary art – is just one of the many cultural facilities recently upgraded or built in Minneapolis. Pritzker Prize-winning architectural firm Herzog & de Meuron was engaged to design the Walker Art Center's new wing, which extends the Edward Barnes-designed tower built in 1971.

Walker Art Center director Kathy Halbreich says that by 1999, the Walker had outgrown itself.

"The Walker Art Center had become more like a museum. We really needed to create a physical platform for what made the Walker remarkable," she says. 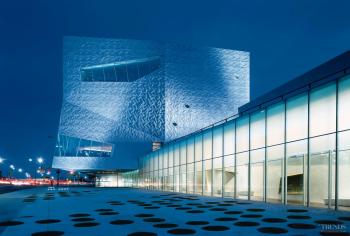 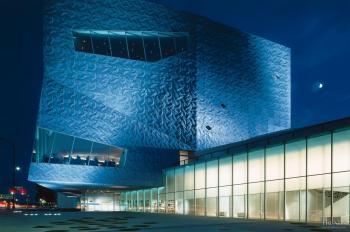 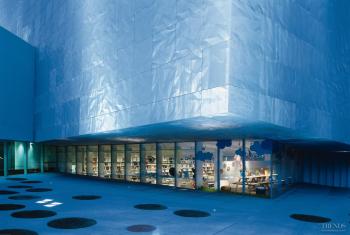 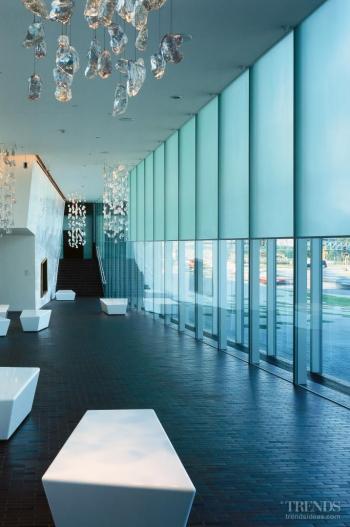 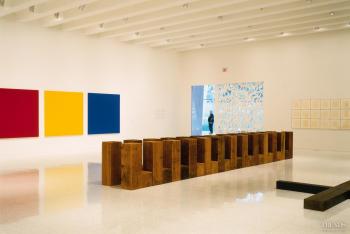 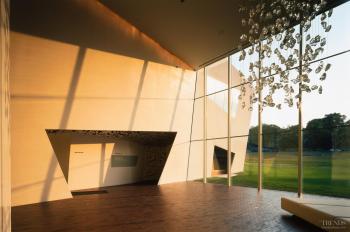 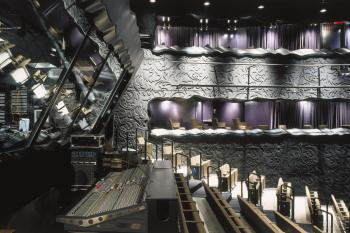 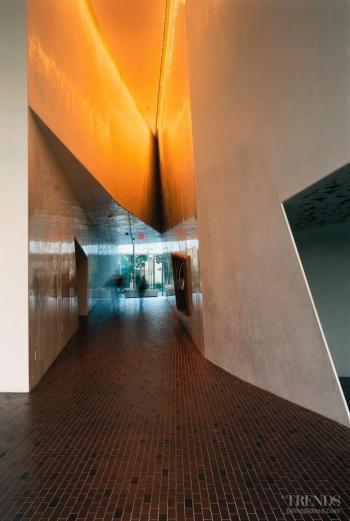 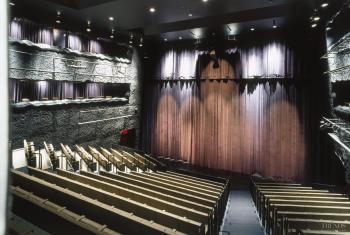 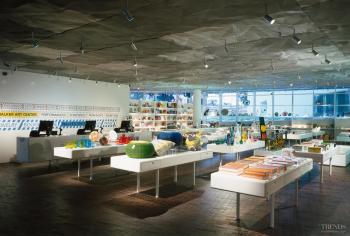 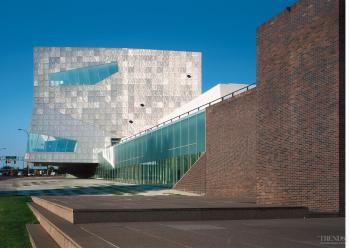 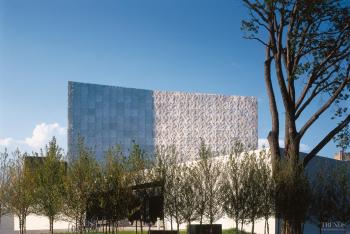 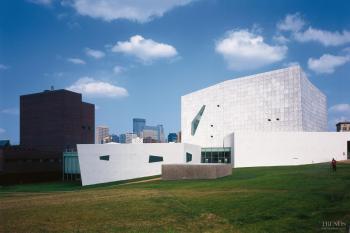 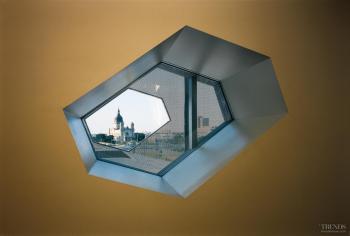 The expansion is essentially a cube-shaped, five-storey tower connected to the old building by a long glass structure.

The new tower, affectionately referred to by the locals as an ice cube, is clad in custom-stamped aluminium mesh metal.

"Every moment of the day the skin is radically different, reflecting the changeability of modern art," Halbreich says.

The expansion doubles the amount of gallery space, and houses several new facilities. It includes a retail centre on the main floor, a restaurant on the second floor, a 279m2 events space on the fifth floor, and a 385-seat multi-disciplinary performing arts theatre on the third and fourth floors. The double-storey glass walkway includes galleries and social spaces with offices above, as well as a new rooftop terrace.

Halbreich says the new tower has two different window treatments – large windows let people walking past see in; smaller windows are for those inside to look out, carefully placed so as to focus their attention on something special.

Christine Binswanger, partner in charge from Herzog & de Meuron for the Walker Art Center project, says they did incorporate several elements from the old building into the new wing.

"Edward Barnes' gallery concept, along with his choice of materials, especially the terrazzo floors, has clearly stood the test of time and ensured remarkable curatorial freedom," she says.

Galleries have a similar feel in the two parts of the building, but one major change was to have no reveal between the floor and the wall. Designed to increase air flow, the gap was problematic for curators, and the reveal was usually filled in.

Binswanger says internal spaces in the Walker were arranged to encourage Minneapolis' residents to treat the Walker Art Center like a town square.

"The two-storey walkway connecting the two towers functions like a town square, open to everyone as a meeting point – a place to exchange information and news or to have a cup of coffee.

"The new exhibition spaces are freely arranged within this glazed public area so that the town square will include cosier spaces, like side streets or alley ways."

The expansion of the building along Hennepin Avenue re-orients the Walker toward the city centre, symbolically representing the architects' aim for the building to embrace the city's residents.

"It's a cultural magnet in the middle of the country; a miracle on the tundra. It reflects that Minnesotans are deeply rooted, but their heads are turned 360 degrees – we're aware of what's going on in the world," she says.