Multifaceted approachof a tricky site in this inner-city suburb

Multifaceted approachof a tricky site in this inner-city suburb

It's a common sight in most modern cities – the inner-city suburb that has risen and fallen in fortune over the years.

Such suburbs, having played the role of first settlement-cum-commercial centre, often fell into dereliction as new city centres established themselves, only to emerge from the ashes as desirable destinations once more.

The mix of light industrial, residential, historic and contemporary lend these areas a very eclectic vibe, both architecturally and socially.

The Auckland suburb of Parnell is all of these, so it is not surprising that architects Leuschke Group chose to draw from multiple inspirations for the design of a four-property development at the heart of the suburb, says director Colin Leuschke.

"Surprisingly, for such an established suburb, this particular site was bare. However, it did come with some strange zoning, including use as a car park, as it is situated within a mixed area of light industrial and residential." 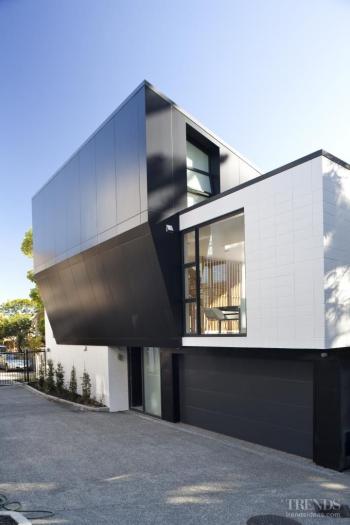 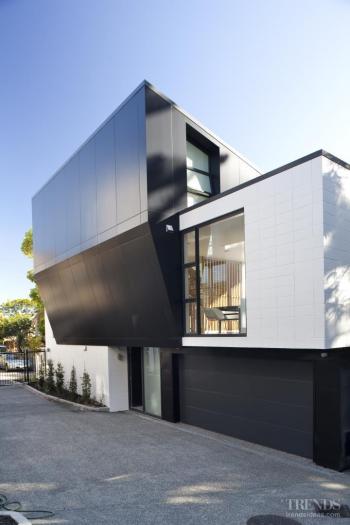 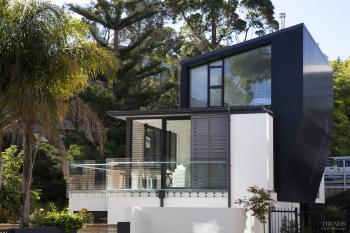 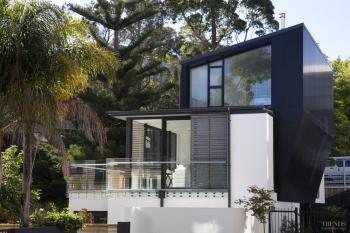 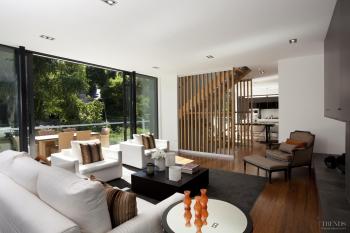 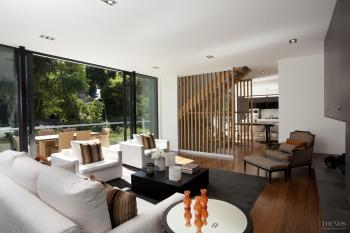 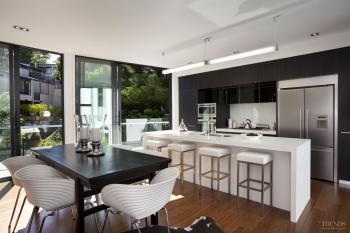 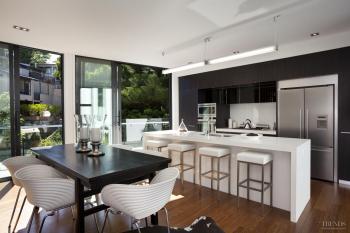 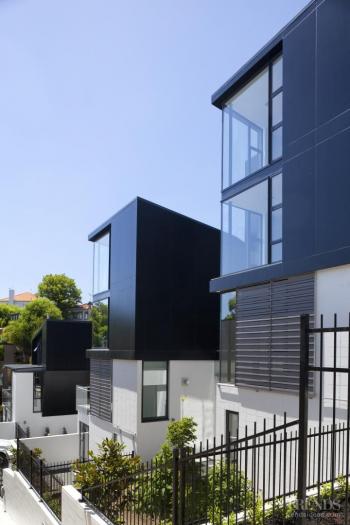 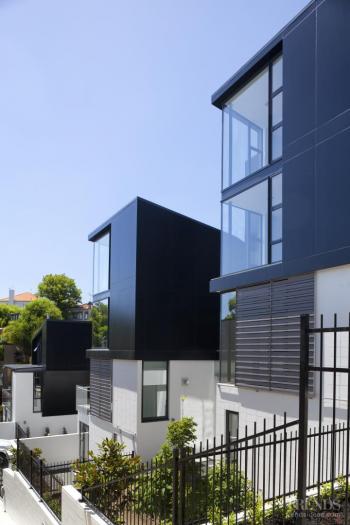 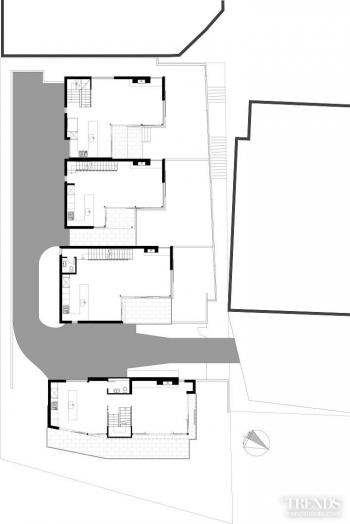 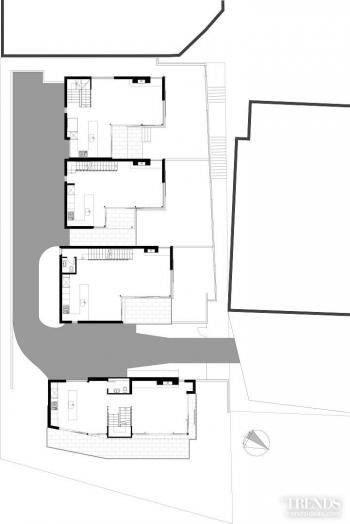 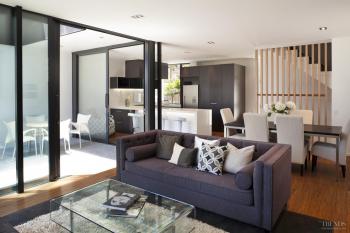 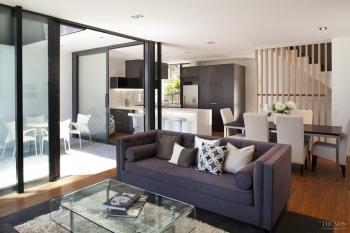 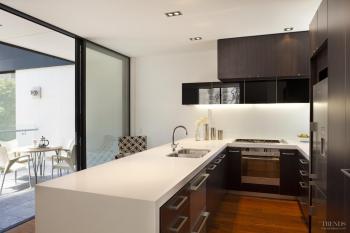 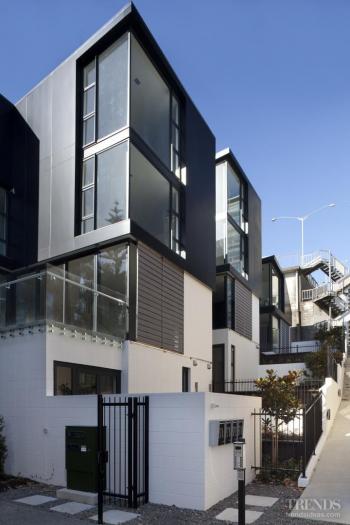 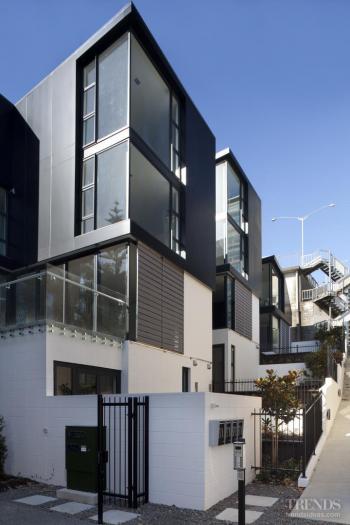 The site also carried a public easement for pedestrian right-of-way access to the main road.

"Further compounding these issues was the very small road frontage. The property is surrounded on three sides, and most of the fourth, by other buildings. Coupled with the need for public access, it was obvious that a high-level of privacy was going to have to be built into the design," says Leuschke.

At the lower end of the site, and separated from the other structure by the driveway, is a free-standing townhouse.

"As with most sites there were the usual planning constraints around site cover and height-to-boundary controls to consider, as well as the actual site topography. The form then had to find a context within these parameters while still offering the amenity of a family home.

"Externally, we were guided by the surrounding light industrial buildings and existing houses. The material palette of aluminium composite panels and block work imparts a kind of warehouse, or slightly industrial, aesthetic – acting as a transition between the two types of neighbouring buildings."

The three-storey property comprises three bedrooms on the ground floor, living area on the mid-level, and a master suite on the top floor.

"The upper level features an inclined roof line, which satisfies the height-to-boundary limitations. To offset this, the floor plate is cantilevered over the driveway and enclosed within a panelled facade, giving it a folded, sculptural appearance."

This is a visual device employed on the site's second structure – a block of three terraced houses, says Leuschke Group associate Alister Kitchen.

"The site was originally slated for an apartment block-style development comprising five apartments with an underground parking facility.

"However, a decision was made early on in the design process to do away with that concept and create something that would inject a sense of individuality and create a better living environment within the dwellings," says Kitchen.

Each of the terraces offers a different floor plan, but all have been oriented to provide secluded outdoor spaces and for good light penetration into their interiors.

"Establishing a sense of privacy was paramount," says Kitchen. "Not just in the sense of screening the homes externally, but also creating a hierarchy of public and private spaces within.

"Balcony spaces flow from the living areas. These spaces lie within the building envelope, giving them a level of privacy not usually associated with open spaces."

Walled courtyards offer even more solitude, while devices such as operable privacy screens and landscaping help to soften the industrial aesthetic.

Inside, the industrial feel gives way entirely to a more relaxed, domestic feel. Timber floors and slatted elements augment the material palette, adding warmth and texture to the scheme.

"The colour palette remains the same as externally – a mix of darks and neutrals, while the combination of gloss and matte finishes, and the play of light across their surfaces add visual interest. Comfort and amenity go hand-in-hand, spaces have been designed to flow easily into each other and the windows are either east or north-east facing – oriented towards the residential aspect. While the complexities of the site were many, nothing ultimately limited the outcome – everything worked out how we envisaged," says Kitchen.