When not one but several elements provide a stand-out feature in a bathroom design then the result is a sense of enveloping luxury.

Just such a feel was requested for this 28m2 bathroom by designer Paul Bentham at Jennifer Gilmer Kitchen and Bath. A sum of its parts, the project has several key features, says Bentham.

"However, the star of the renovated space is undoubtedly the undulating 3D wall tile. This creates a dramatic light and shadow play while fulfilling the agenda for a bright, white space."

Contrasting the white tiles, the tops of the vanity and central bench are in solid wenge, with waterfall sides. The natural wood is also sealed to make the surface impervious to water.

And the use of wood is continued on the framing for the huge mirror which expands the room visually and brings in light by reflecting the view out the window on the opposite wall. 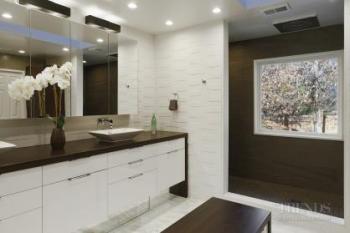 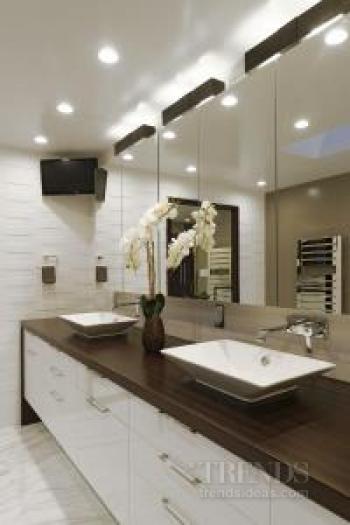 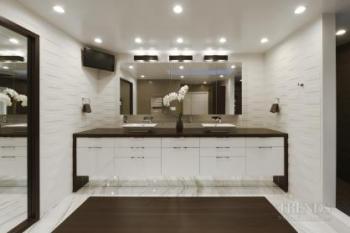 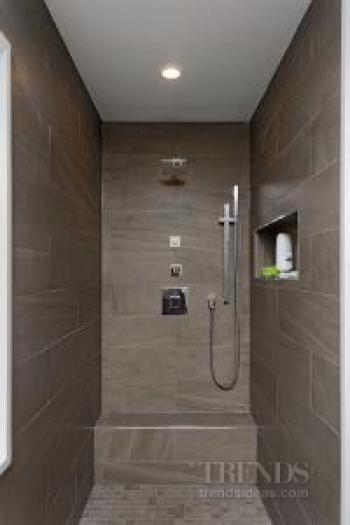 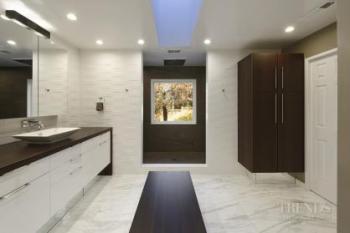 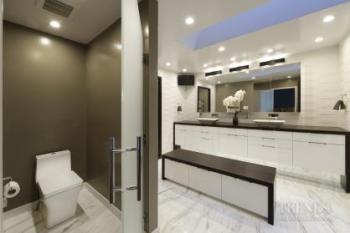 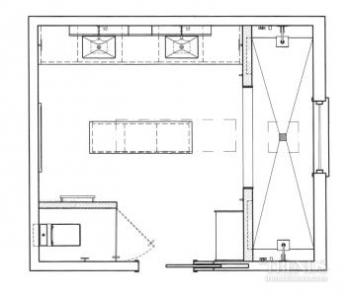 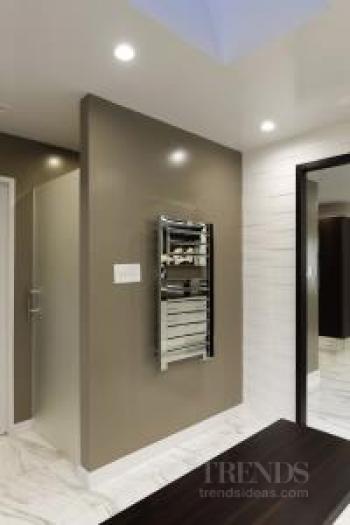 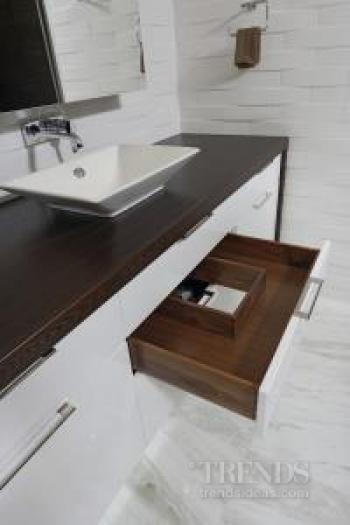 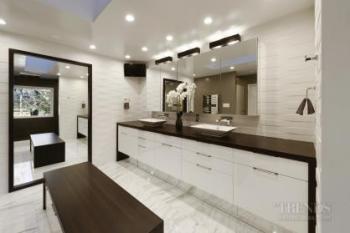 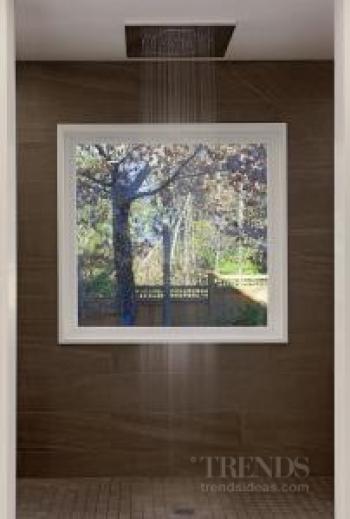 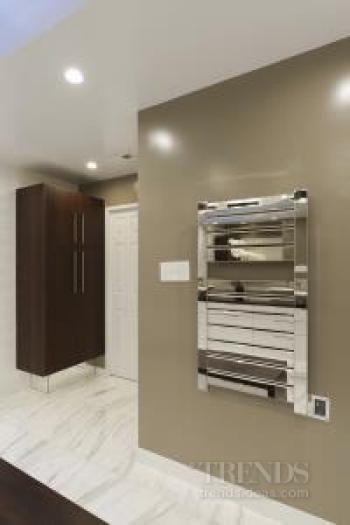 Replacing a seldom-used tub and tub deck, the designer set a generous shower area along the back wall of the house, with the picture window at dead centre. The shower zone has three areas, including a large central rainhead.

The square rainhead showerhead is flanked by his and hers showering points at opposite ends of the zone, each with its own fixed head and hand shower, tiled bench and storage niche.

"The Kohler Reve sinks are semi-recessed into the vanity benchtop," says Bentham. "Set on tall mirrored toekicks, the vanity, bench and storage cabinet, or armoire, all appear to float above the marble floor. Under the sinks, U-shaped drawers in solid walnut allow room for plumbing while still providing storage."

The designer also added storage space under the seat bench and in the armoire.