A sculptural form with a warm interior, this home provides a sophisticated solution for family living

The inspiration for the design of this new home came not only from a functional interpretation of the needs of the nuclear family, but also from the dynamics of the relationships which typify this basic social unit.

"Twin concrete blocks form the stronghold of this home, presenting a masculine, closed face to the street to the south and providing a defence against the prevailing weather. Smaller, white concrete walls cradle these strong, raw forms – their softer, more refined finish bringing feminine balance to the edifice as viewed by the outside world."

Ponting wanted the house to read as a sculptural entity, more from the realm of art than residential housing. 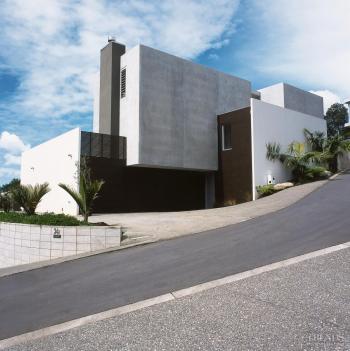 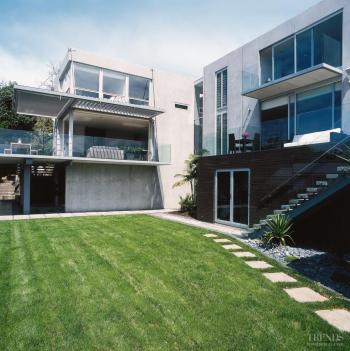 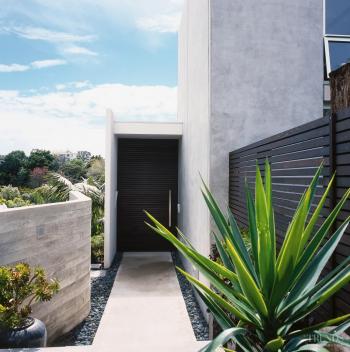 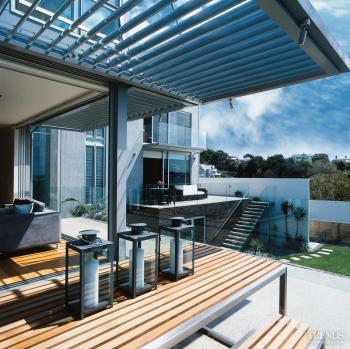 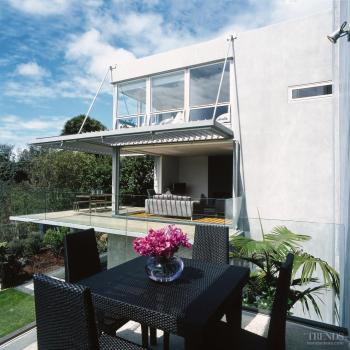 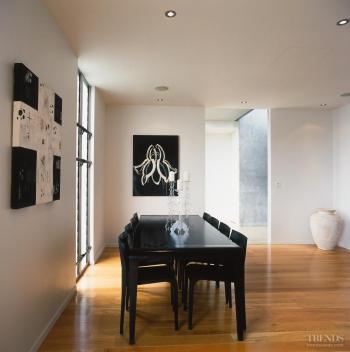 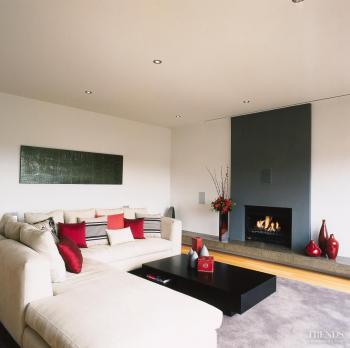 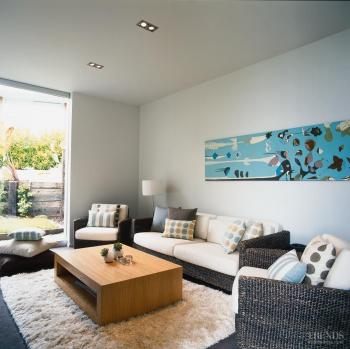 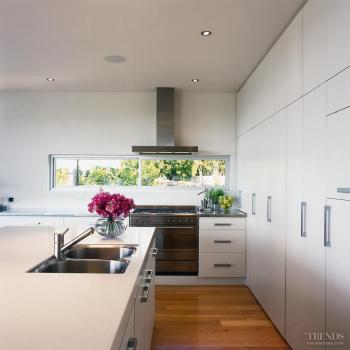 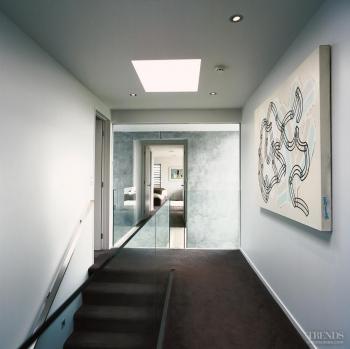 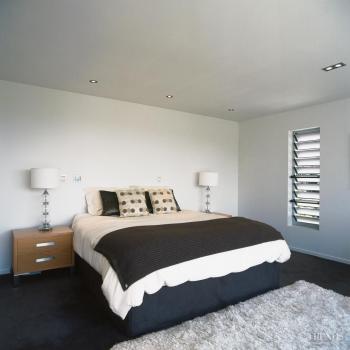 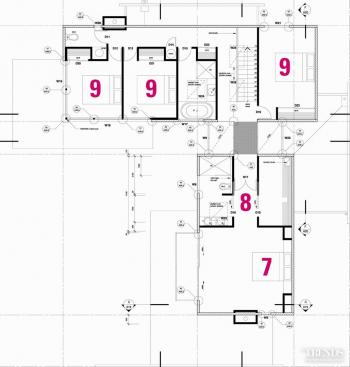 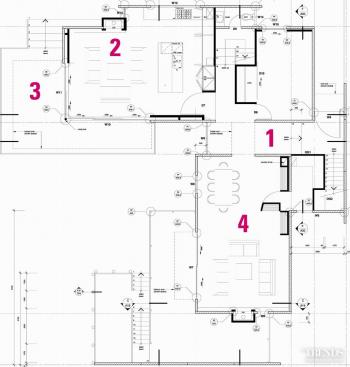 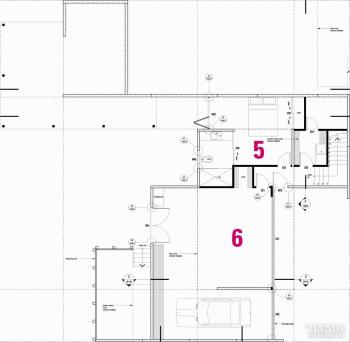 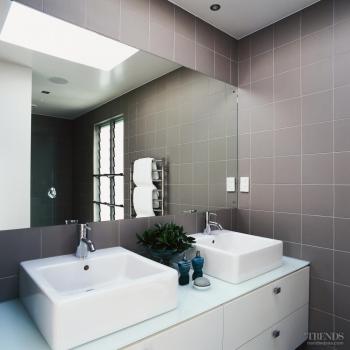 "The southern aspect is intriguing to look at because one of the heavy concrete boxes appears to be suspended in the air. The design is deliberately counter-intuitive," he says.

The location of the site also shaped the form of the house. Although it overlooks an impressive natural harbour, it is only visible from first floor level and above. In order to maximise the available views, Ponting designed the house over three floors with all the main living areas on the top two. The house was placed in the highest corner of the site, conveniently the southeast, leaving the northwest sector an open, sunny space for a courtyard garden, shielded from elevated neighbouring properties by the two wings of the house.

Ponting went to great lengths to orientate the house, particularly its balconies, towards the best of the view. His research included examining the available airspace from seven metres up in a cherry picker.

The balconies and veranda appear to float – the interplay between their two-dimensional form and the three-dimensional concrete boxes they attach to further identifying the house as asculptural form and an artistic statement.

Ponting felt it was important to provide as much access to the garden as possible, and connected both first floor terraces to it by stairways. To make the veranda a more usable outdoor space for a family to enjoy, Ponting included a louvred vergola to provide shelter from the elements. It closes automatically when it rains, and can be adjusted by remote control to cancel out solar gain.

Ponting used timber battening around the house and wooden flooring inside it as a textural counterpoint to the rawness of the concrete.

"Strong materiality was a key part of the design brief and the concrete achieves this. However, this is not a sterile commercial project or a modernist box for a young, professional couple. First and foremost, it is a family home and the use of wood adds warmth and texture to create a tactile and comfortable environment."

Indeed, the house was designed with a large family in mind and had to accommodate the possibility that several generations with different needs of the space would live there simultaneously. As a consequence, Ponting separated the formal areas visually and acoustically from the informal areas. Although the twin concrete blocks may appear homogenous from the exterior, their interiors reveal very disparate characters. The west box houses the formal living room, dining room, study and master bedroom, while the north box contains the informal living room, family room and smaller bedrooms.

In addition to using wood to humanise the interior, Ponting carefully directed light into the house to brighten and warm it. The walls of both the atrium and, directly above it, the gangway between the two blocks are glass, flooding both areas with light and revealing the welcome of the harbour view to those entering the house.

Ponting used windows sparingly on the southern side of the house, giving it an almost fortified appearance from the street. By contrast, the northern aspect has expansive windows and sliding doors to let in the sun and the views of thegarden and the harbour beyond it.

Using large windows also meant fewer were needed overall. Ponting says this was desirable as it left many of the interior walls large, bare and well-suited for displaying artwork.

"People choose art with great care, and cramped pieces do not make a strong statement. In this house, itself a sculptural form, it was a priority to provide the owners with enough uninterrupted white space to display their collection to its full potential," he says.