It's a common assumption that you can't readily change the layout of an apartment. But, as this project illustrates, sometimes it is possible to transform a penthouse interior to better suit modern lifestyles and tastes.

Interior designer Katharine Burgess of Trapezoid Interior Design says the original apartment was rather dated and did not have an easy flow between rooms. The new owners wanted a much more spacious, open-plan layout that would maximise the view.

"They also wanted the interior to be a grand space that would be reminiscent of a luxury hotel," she says.

To bring the interior up to the required standard, almost every internal masonry wall was removed and replaced.

"We needed to change the proportions of several rooms," says Burgess. "The original entrance, for example, was a narrow corridor. It needed to be spacious and welcoming." 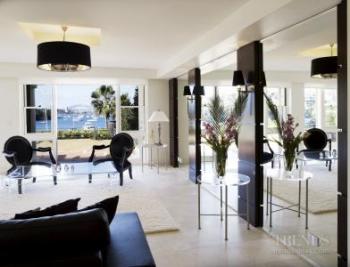 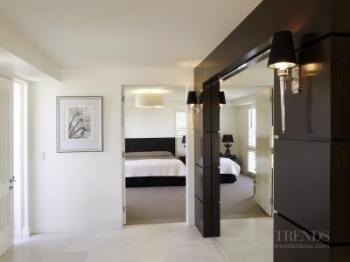 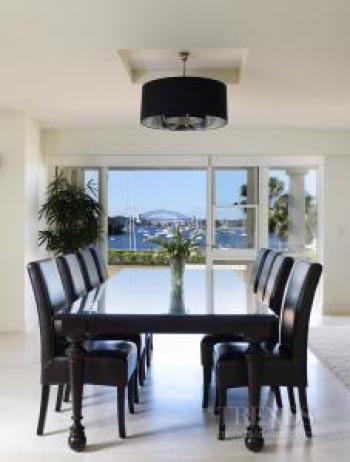 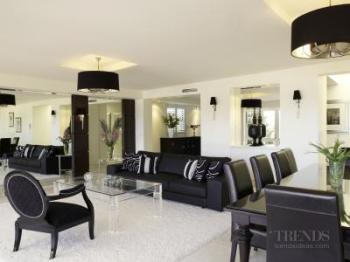 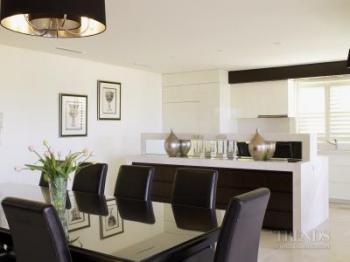 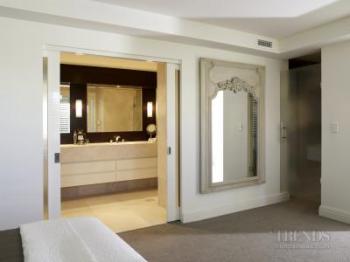 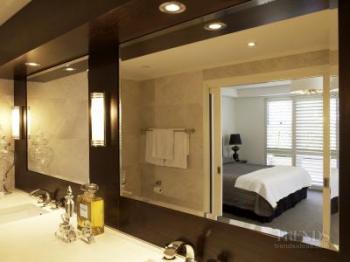 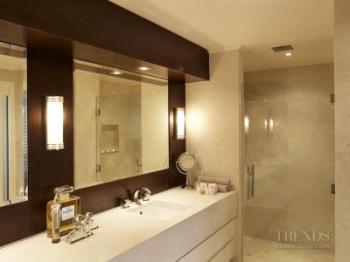 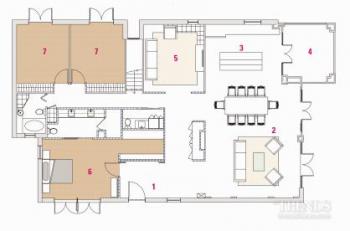 To create the desired entry, the corridor was removed and the space opened up to the living area. The light and sense of space were also improved by a large, mirrored panel.

The living area was opened up to provide one large space, part of which was originally the master suite. This features clearly defined seating areas.

"The owners didn't want to feel as though they were living in one cramped, single room," says Burgess. "Large, mirrored walls were introduced to enhance the sense of space. The glittering reflections also provide a touch of luxury."

The mirrors are positioned between Laminex dark timber veneer panels mounted on a black substrate, which creates dramatic shadow lines.

"Originally, we considered a strong black-and-white theme," says Burgess. "This evolved to a more off-black and off-white palette that has a warmer look – one that is better suited to a home interior."

A light cream-toned marble flooring was specified as a hard-wearing alternative to limestone. It was also chosen to reinforce the sense of luxury. Most of the walls are painted a similar shade of cream.

"We didn't want these surfaces to be too white and crisp," says Burgess. "The cream has a much softer look."

To further enhance the interior space, the ceiling throughout the penthouse was raised. As the roof has a slight pitch, this posed a challenge, says Burgess.

"To avoid a crooked look, we added narrow bulkheads at pelmet height around the tops of the walls. These help to ground the space, providing a solid, square-edged feature."

Transparent elements were also introduced to enhance the spaciousness. These include glass and acrylic coffee and side tables.

"This is a contemporary interior, but it does have strong classical links that lift it out of the ordinary," says Burgess.