Every so often a building captivates a city and a nation. In turn, the building comes to symbolise that city. In a very few instances – the Great Pyramid of Giza, the Colosseum – these buildings endure for centuries, gaining world renown.

Both these buildings are the result of architecture combining with the cutting-edge technology of the times. Ark, the latest building on North Sydney's skyline, also breaks new ground, says Paul Reidy, director of design at Rice Daubney, the architectural firm behind Ark's dynamic form.

"Ark is a significant building for a number of reasons, not least of which being that it is the first building in Australia to be delivered as a fully integrated Building Information Model (BIM).

"Building information modelling is a process through which building data is generated and managed for the duration of the design process, and throughout the building's life cycle."

"Three-dimensional software is used to generate the model, which encompasses aspects such as architecture, spatial relationships, services and so on, right down to the quantities and properties of the building's components. For Ark, seven such levels of modelling were incorporated into the finished BIM." 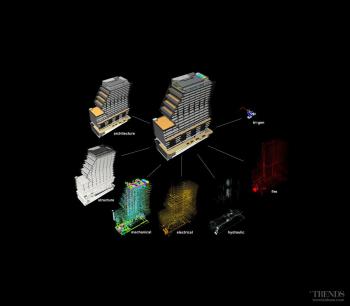 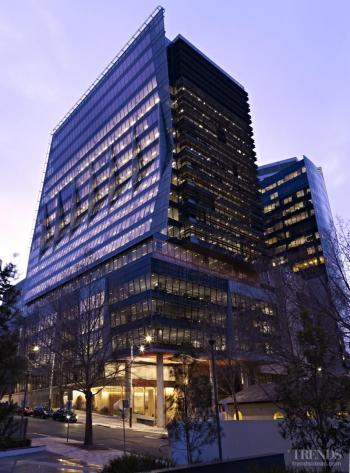 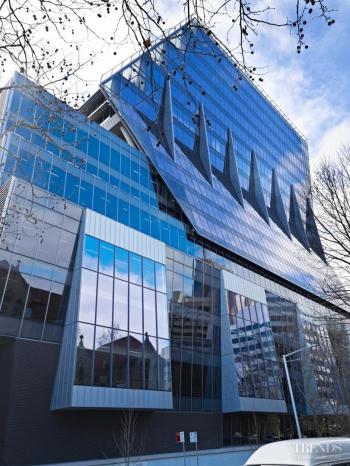 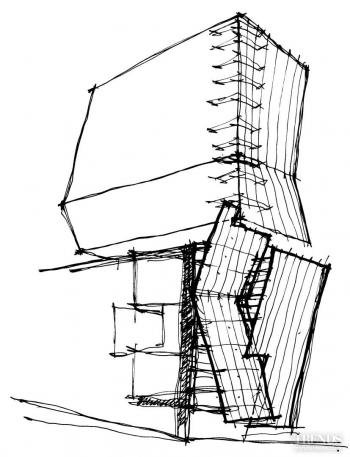 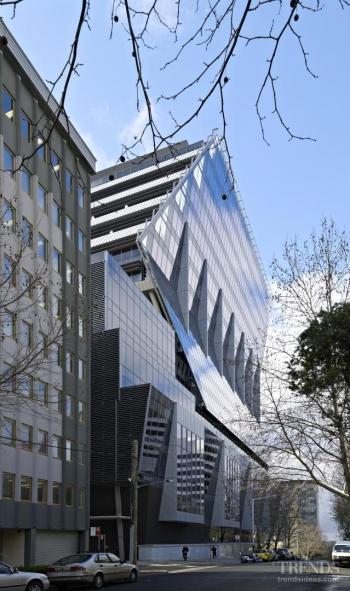 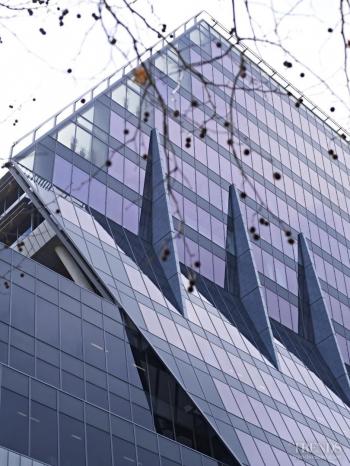 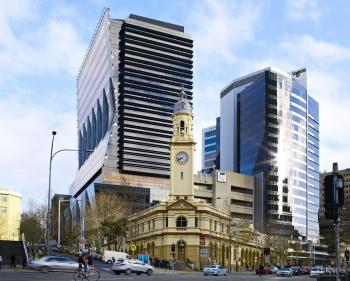 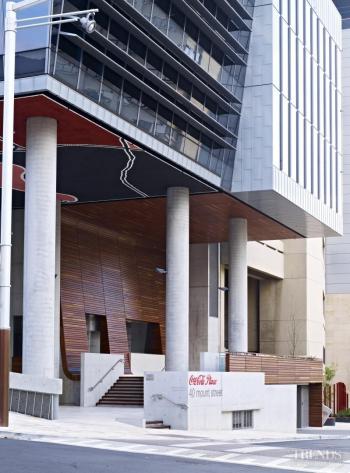 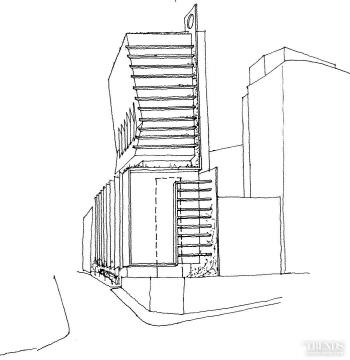 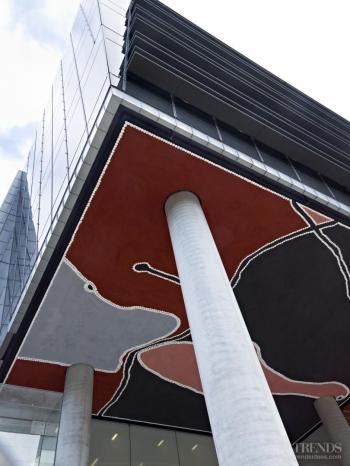 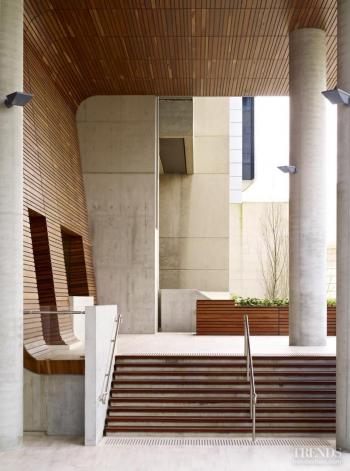 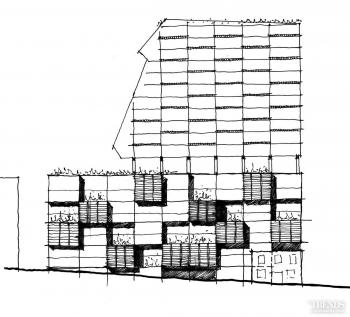 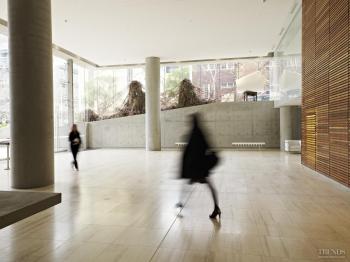 "This is a very simplified overview, but essentially we, in conjunction with builder Thiess, presented Investa Property Group with a database of information about every aspect of the building, through every stage, that can be used and added to time and again – without the associated knowledge peaks and troughs of the usual design and construction process," says Reidy.

From the outset, it was Investa Property Group's goal to deliver, in partnership with council and the consultant teams, a landmark, sustainable building that met the needs of the public, tenants and owners, says Investa's general manager of developments, Tina Tang.

"Being awarded the Development of the Year validates our vision to create a development that embraces the environmental sustainability, design and technology of tomorrow as the core to an inspirational workplace," she says.

Another area of consequence is the relationship Ark has with its surroundings. Located on the fringe of the North Sydney CBD, Ark bridges the gap between the commercial and residential zones – both literally as well as conceptually.

"Given the mix of precincts, and the historical nature of adjacent buildings, we were aware of creating a form for Ark that would reference the surroundings, and be in sympathy with them, at the same time as being a contemporary piece of architecture," says Reidy.

"An obvious design solution would have been to incorporate like materials, sandstone for example, into Ark's facade. Instead, we decided to respond to the rhythm of the surrounding buildings and create a series of harmonious, layered elements within the podium. Extensive glazing reflects the heritage Mary Mackillop buildings across the road, visually increasing their presence within the streetscape."

The architects were also conscious of the history of the site on which Ark was to be located.

"The previous occupant was the old North Sydney telephone exchange building," says Reidy. "While the building was of limited historic value, it was listed locally, so its removal warranted the inclusion of a similarly valued public asset."

The solution the architects devised was a public forecourt designed as an interactive space that allows for overlapping activities to occur throughout the day – adding a vibrant area of much-needed public space to the precinct, says Reidy.

"While it is a subtle reference to the building, the forecourt takes not only its plan-form but its volume from the size of the exchange building. We could, in essence, insert the exchange back into the space we have created."

The space is further enlivened by several artworks inside the podium and on the forecourt. Lines of Communication by Hany Armanious and Mary Teague, incorporates all of the wiring from the exchange into a whimsical string telephone sculpture. Rice Daubney model-maker and artist Simon Grimes reworks the lettering from the exchange building in a sculptural piece, 1936, creating a shadow play on the concrete blade wall in the lobby. On the ceiling of the forecourt is Lissadell, a major mural by renowned Aboriginal artist, Freddie Timms.

In concert, each one of these factors has produced a building that actualises a whole new approach to architectural form, says Tang.

"The attention to detail in this design makes for a great working space, with outdoor areas and some highly original public art at street level to create a strong connection to the history of the area.

Says Thiess operations manager, pre construction, building NSW/ACT, Bill Plastiras, "Thiess took on the challenge of delivering a building to Investa Property Group that was at the cutting edge of design and world best practice in environmental sustainability, as well as an industry-first BIM, that would be used for operation and maintenance of the building throughout its life."