High-end retail ideally takes place in a high-end setting that's appropriate for potential high-end customers. While that's not unusual in leading fashion retail outlets, its not always the case when it comes to top car brands – despite price tags running into hundreds of thousands of dollars.

With such a small niche market, creating a statement showroom in which to display the vehicles doesn't often stack up.

That can't be said of the new Giltrap Group showroom building in the middle of Auckland's Great North Road strip of car dealerships.

"What also contributed was making the building multi-use," says Giltrap. "As well as our own office floor above the showrooms, there are two other commercial office floors for lease." 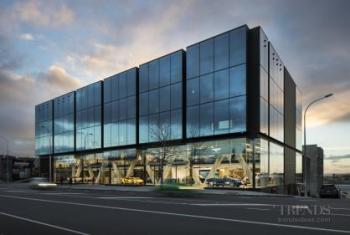 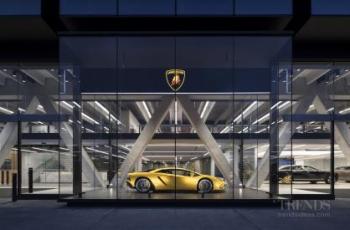 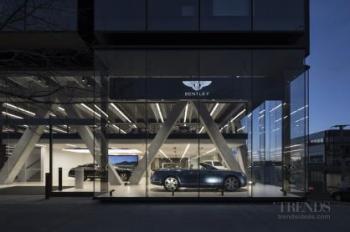 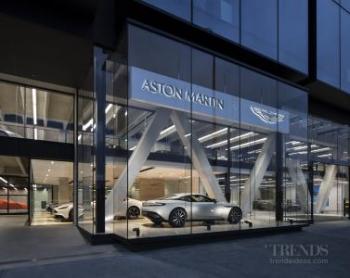 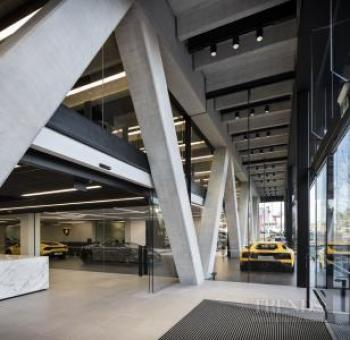 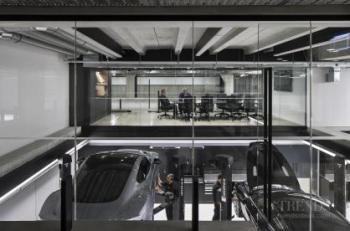 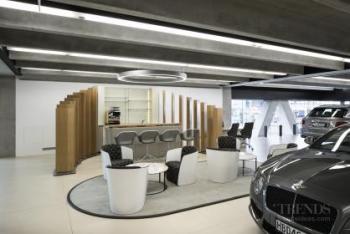 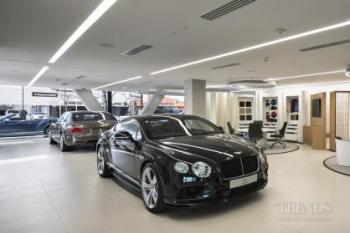 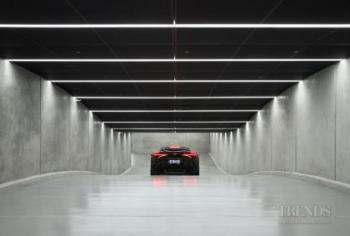 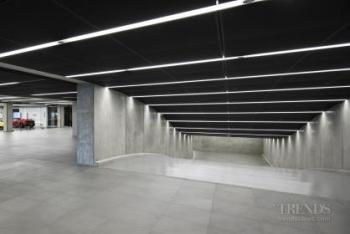 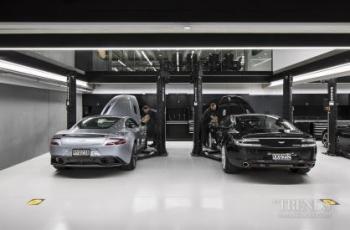 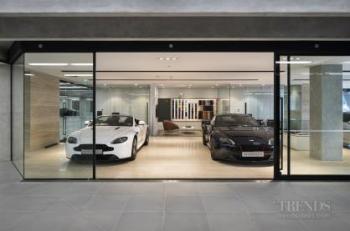 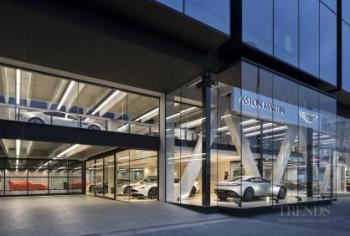 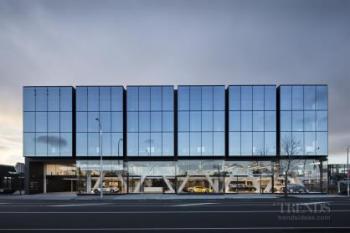 However, this meant the building also needed parking for these commercial floors, as well as vehicle storage and service floors for the three dealerships.

"The important thing for us, was that the cars could be shown off to everyone – not just customers, but also to anyone passing by in the street."

That level of interaction was taken a step further with the inclusion of a public cafe just inside the main entrance, making the building and enjoyment of the cars essentially open to anyone.

Jonathan Hewlett, principal at Warren and Mahoney Architects, says that the challenge in designing the building was to give it the required transparency, while accommodating all the functions and facilities it needed to include.

"The car had to be the hero," says Hewlett. "But we also had three unique brands in the building, and each had to have its own identity."

The solution to these challenges lies in the design of the building's structural system.

"The building is braced at the showroom levels using an expressed diagonal frame, which creates a line of V-columns running all the way down the building," he says.

Setting this bracing line back from the main facade gave two advantages – the commercial floors above could have large, clear floor plates, while the showroom level could protrude out to create a glazed enclosure for each of the three car brands.

"The effect is like a jewellery box, presenting these unique cars in a way that's befitting their status."

The other major challenge was allowing cars to move through the building. Customers drive their vehicles in from the main street frontage through to the back of the showrooms. From here there are ramps down to the service floors or up to the first floor showroom for pre-owned vehicles.

"These cars have very low ground clearance and, given the site's length, the ramps had to be quite steep," says Hewlett. "Computer-simulated modelling using specifications across the range of models produced a sine-wave shape for the ramps that allows cars to be driven up or down without concern."

The Giltrap Group building is on track to achieve a 5 Green Star Design rating, and is the first New Zealand building of its type to target this. Giltrap worked closely with the New Zealand Green Building Council to a develop a custom tool tailored to the mix of uses within the project, and will also be rating the building's as-built performance through NABERSNZ certification.