There aren't too many retail spaces that attract the attention of Hollywood but Sherman Oaks Galleria in California had a starring role in two major movies of the 1980s - Fast Times at Ridgemont High and Valley Girl.

Great advertising, you might think, but the trouble was that when the 1980s ended so the crowds at Sherman Oaks dwindled. When developer Douglas Emmett bought the mall in 1998, it had less than 40% occupancy. Gensler Architects' project principal Andy Cohen was instructed to "turn the white elephant inside out" and he began by changing the entire focus of the mall.

"Before, it was too big for its use and people didn't want to go there. Now it's a vibrant, mixed use, 24-hour environment where people can go to work, shop, eat and relax," he says.

Consisting of three buildings, the Galleria reopened 18 months ago and now boasts an occupancy rate of 95%.

There is 65,000m² of office space, alongside the 28,000m² of theatre, restaurant and retail space. The new complex has attracted such high profile tenants as Warner Brothers Animation in the office space, Tower Records in retail and a 16-cinema Pacific Theatre complex in the entertainment area. 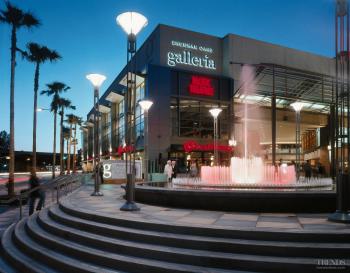 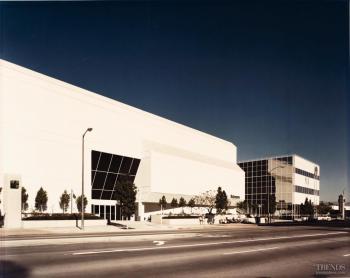 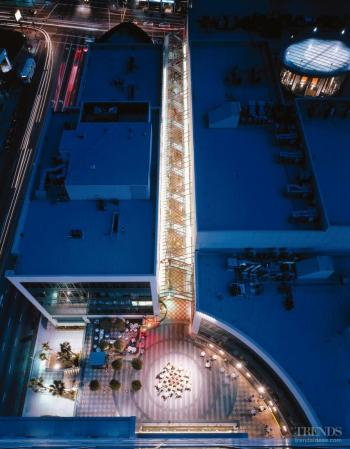 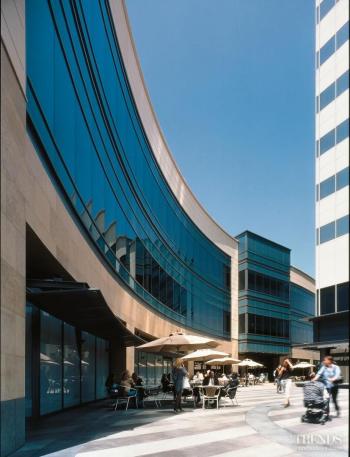 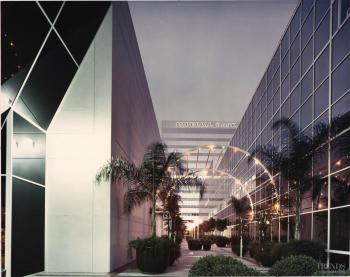 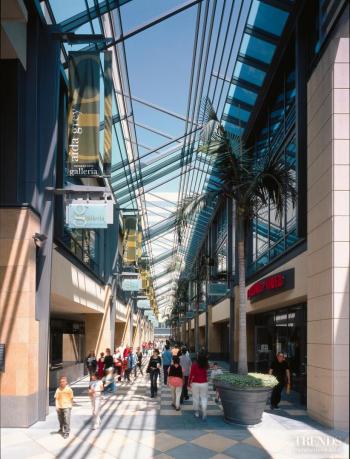 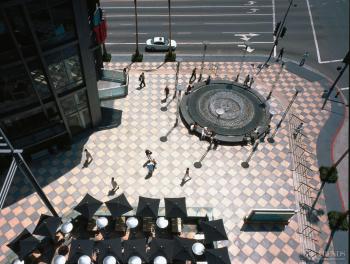 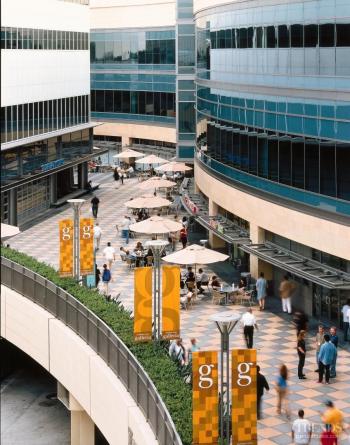 Cohen believes that what turned the mall around was the change from single to mixed use. Including offices and entertainment venues alongside retail areas transformed the mall from a shopping space into a town square, he says.

It is situated on one of the busiest freeways in the world – an estimated 600,000 cars pass the Galleria every day.

The old mall, with its closed facade and small outside sign, never took advantage of this location. In stark contrast, the new Galleria features expansive windows so that passing motorists are offered a glimpse inside.

To screen the sun without eliminating thenatural light, 61cm-deep perforated metal fins have been installed along the length of the building and the window glass has a distinctive blue-green tint. The mall is clad in cream-coloured limestone and concrete sandstone reinforced with glass fibres.

The prominent signage, in particular the use of the G as the key branding motif, is intended to distinguish the development's identity as more than a generic shopping mall.

Architectural features have been designed to offer a cityscape within the walls, in contrast to the uniformity of the previous design.

The food court has gone, replaced with a variety of different cafés, many of which line the glass-covered pedestrian walkway between the two main buildings. In the old mall this space had been little more than a thoroughfare.

Another feature is the glass-topped rotunda, which spirals up from the valet parking in the basement, through two levels of restaurants and shops to movie theatres on the top level.

"In American terms, it's called ‘the milk at the back of the store'. You put the most desired space at the top and you pull the people through all the other levels in the facility," Cohen says.

Environmental considerations are an important part of the design, and a number of energy saving measures have been installed in the Galleria.

These include a cooling system that uses outdoor air along with chilled air and filters out pollutants, as well as automatic sensors that trigger the indoor lighting. Cohen estimates the total energy saving over the original mall is 46%.

In front of the main entrance is a paved courtyard adorned with a fountain and outdoor seating, a welcoming spot for office workers and shoppers to take a break. There is also a stage, where bands play in the summer months.

Outside courtyards, together with multiple entrances and storefronts, open up the Galleria to the community. For those coming to the mall on the freeway, there are 3,500 car parks accessible from five entry points.

Cohen says the intention was to create a place that could be accessed by anybody at any time of the day regardless of whether they were travelling by foot, bike or car.

It was estimated that in the old mall people spent only 20 minutes inside shopping. Now a 24- hour environment is available. "Forget the mall. It's all about lifestyle now," says Cohen.