A sense of balance and a subtle nod to Middle Eastern design give this bathroom an engaging, enduring ambiance

A remodel almost always means a complete departure from what has gone before. However, something as simple as a tile can inspire a whole new look.

For this bathroom, an Arabesque wall tile sets the tone for a Middle Eastern theme.

In a home built in the 1970s, the original master bathroom lacked style and character. The vanities were in one room, with the toilet in an adjoining space, acting as a divider between the tub and shower, says designer Mark Lind, who created the new bathroom.

"The owners wanted to renovate the master bathroom in an eclectic style, with a light Middle Eastern flavor. They also requested a walk-in closet," says Lind. "To achieve this, the room was gutted and walls removed, with additional space gained from a hall linen closet and adjacent bedroom.

"The new layout features a frameless glass shower cube, flanked by his-and-hers vanities. A freestanding curvaceous bathtub stands in a niche opposite, between Shaker-style storage cabinets. We also introduced an enlarged closet and a dressing room, together with a separate toilet cubicle." 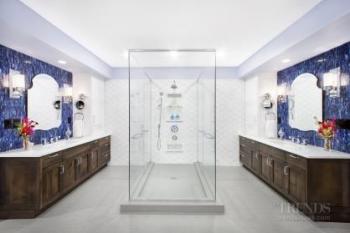 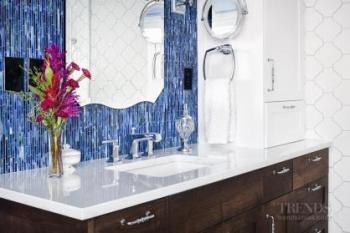 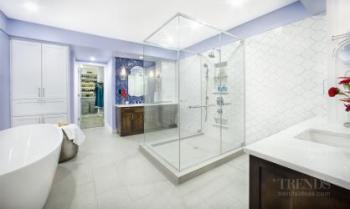 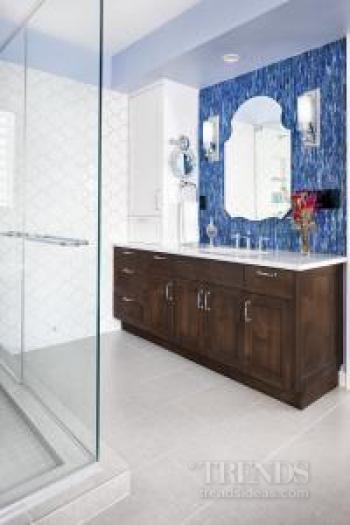 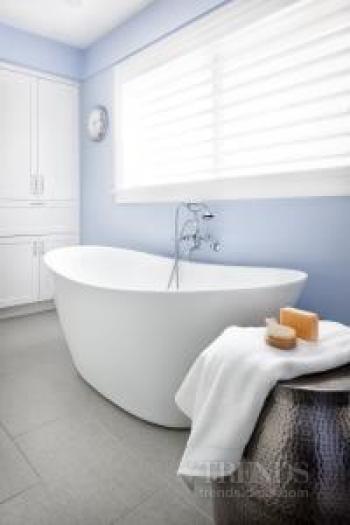 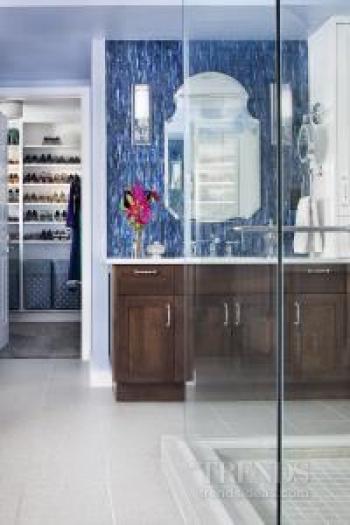 "The layout of the bathroom was approached much like completing a jigsaw puzzle, with everything carefully pieced together. However, achieving a successful configuration can bring up practical issues. For example, the tub looks most dramatic where it stands, but it has an air-jet massage feature which requires a remote air turbine. We eventually found a hiding place for that in the bottom of an adjacent cabinet."

Similarly, the glass shower stall, which is almost free-standing, had to be stabilized by a metal rail anchored to the accent wall.

"While the layout is an improvement, it's the finishes and detail that give the bathroom its character. At the end of the room, behind the shower, we introduced an Arabian tile. This accent is carried through on the mirrors, sourced by the owners, and is continued into the ornate hardware on the vanity and cabinetry doors."

The color scheme furthers this effect, with classic Mediterranean hues seen in the white and pale blue walls and the vivid cobalt blue mosaic backsplash.

The neutral tiled floor has a linen finish which is non slip and also a pleasure to walk on in bare feet, Lind says.