When a commercial lease expires, it's often an opportune time to reassess whether the existing premises really work for a business. And if not, to start afresh somewhere else.

That was the path McCann Worldgroup took occupying seven floors in a stand-alone building in a less than ideal part of Bangkok for six years.

But while the move to one-and-a-half floors in Sathorn Square meant a much more attractive building in a good location, it presented a different set of challenges for the interior designer team at DWP. Regional business development director Sarinrath Kamolratanapiboon, who provided creative direction, says the floor plate was narrow, and had a very large central services core. The columns around the perimeter had also been designed for a traditional commercial interior, whereby managers had an office with a view, and the interior space around the core was allocated to staff.

"On level 25, we wanted an open plan with as much daylight as possible for staff," says Kamolratanapiboon. "So we placed offices for the directors along the core, and managers have desks, but not enclosed offices, around the perimeter."

This allowed managers to face and view their teams, who were accommodated at workstation configurations of six within the space available on each side of the core. 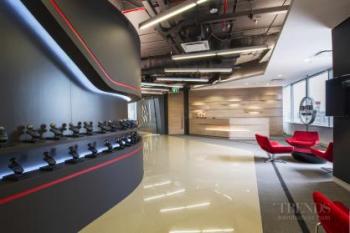 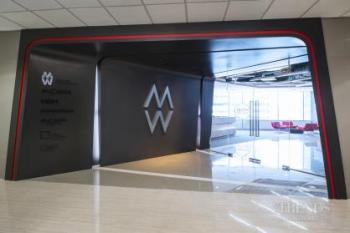 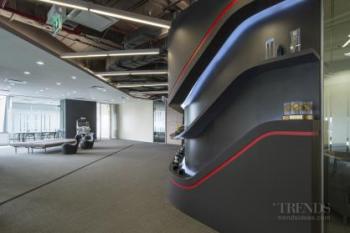 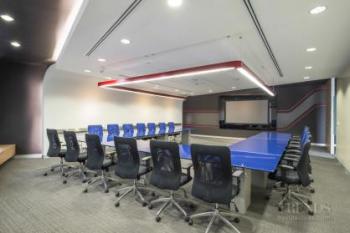 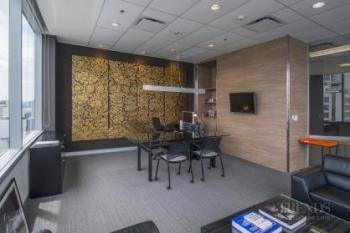 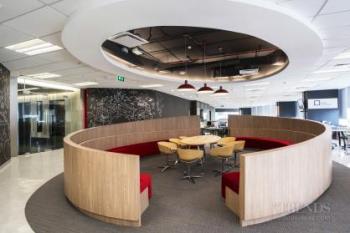 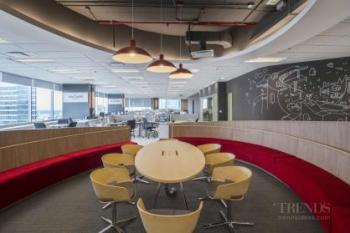 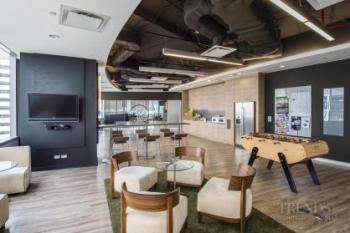 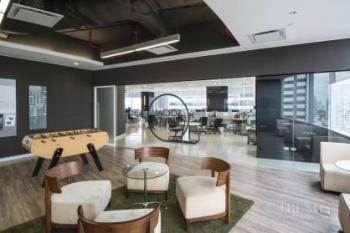 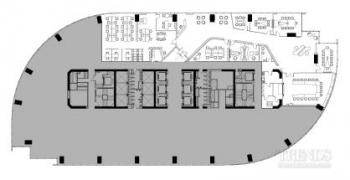 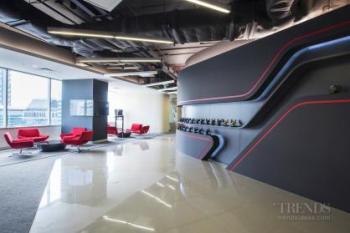 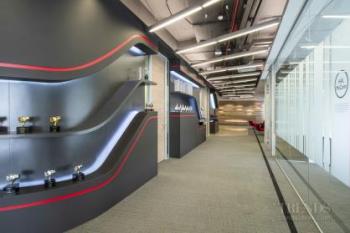 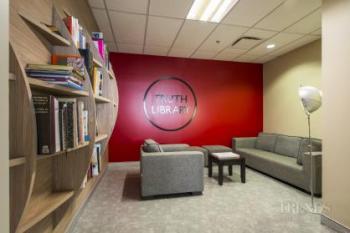 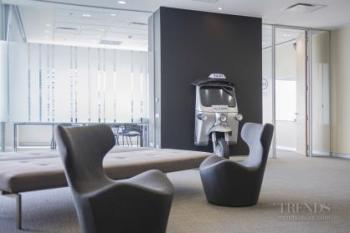 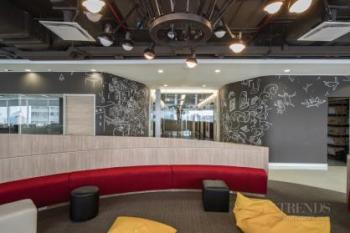 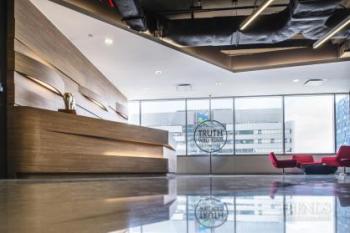 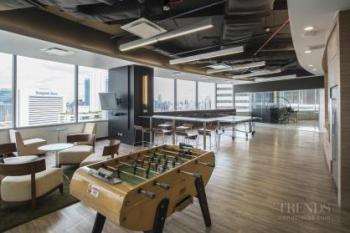 The result is that all the staff are seated in areas that are filled with natural light. That's consistent with one of the goals McCann Bangkok CEO Monica White had for the new premises.

"They needed to provide a functional and highly creative environment, but it also had to be a place where people would feel comfortable and relaxed," she says. "I wanted open space with natural light, because natural light energises people."

The space planning also needed to encourage collaboration between staff. It had to be easy for staff to come together as a team, generate ideas and be interactive.

The solution includes two collaboration zones that are the first areas the staff encounter as they walk out of the level 25 lift lobby. One of these is semiformal with a meeting table and chairs, while the other has more informal seating. Both feature accents in red, one of McCann's corporate colours.

The old offices didn't have a canteen, something that has been addressed in the Social Centre in the new interior. This large area not only has kitchen and eating facilities, but also encourages staff to feel at home, with TV and games, lounge-style furnishings and warm timber flooring.

In keeping with McCann philosophy, White says the planning process was very collaborative and involved staff.

"One of the requests was for a music room," she says. "So we have a soundproofed room next to the Social Centre where people can play guitars and drums during breaks."

While the staff are accommodated on the full floor plate on level 25, visitors arrive at reception on level 26, where McCann occupies a half floor. Sarinrath Kamolratanapiboon says the design on this level represents another McCann corporate aim – to take clients on a journey.

"The entrance is cave-like, with the brightness of reception beyond drawing you inside," she says. "Patterns on the floor, ceiling and walls help give a sense of a journey along a pathway."

The most obvious of these is the wall that starts at reception and runs along the passageway leading to a selection of meeting rooms and the boardroom. This wall again uses McCann's red and black corporate colours, and displays the agency's extensive collection of industry awards.

The reception area also incorporates McCann's 100-year-old credo, ‘Truth Well Told', which recurs throughout the interior. And the meeting room names reflect aspects of the agency's history – one is called HK McCann after the company's founder.

In a quirky touch, McCann suggested DWP insert the front of a tuk-tuk into the wall at the end of the circulation path to represent the client journey and acknowledge Thai culture.

White says she sees real benefits from the move to these new premises.

"Staff are much happier and in a much more creative and stimulating environment. They're more like one team, working and socialising together."