When your home is on an elevated site with a spectacular outlook, you want to take advantage of those views from as many areas of the house as possible.

But that isn't always the approach house designers have taken in the past.

The property shown here is on a flat pad sitting high on a hill overlooking Santa Monica Bay and the Pacific Ocean. Architect Trevor Abramson says the existing 1960s house was a rabbit warren of rooms.

"The kitchen had been given the best position, while the living space was on the driveway side of the property," he says.

His redesign for the new empty-nester owners turned that design on its head, to give prime views to the main living areas and to the master bedroom and bathroom. 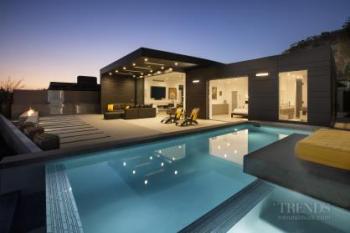 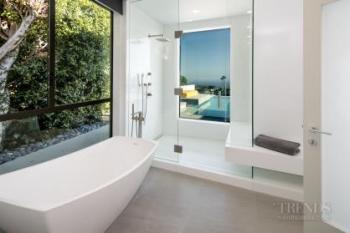 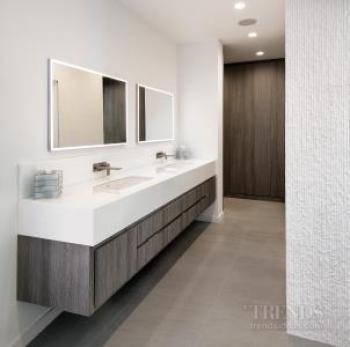 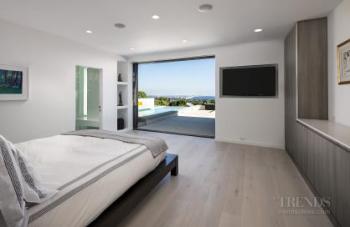 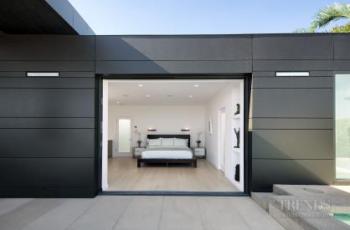 "We stripped the original structure down to the studs and totally rebuilt it to form a new bedroom wing for the house, separated from the more public living wing by a hallway. The master suite is positioned at the front of this bedroom wing, to connect to the outdoor living terrace and pool, and to take in the views."

Two large sliding glass panels pocket back into the wall, providing seamless access to the terrace from the bedroom.

"In the bathroom, the shower took precedence, because that would be used every day. The tub is in the secondary position, but still takes in the main view and also sits next to a side window with greenery outside."

These expanses of glass could potentially compromise privacy, but Abramson says that's not an issue here.

"There are no other houses visible from the suite and, although there are two guest rooms, most of the time there are only the two owners at home," he says.

But if there should happen to be a pool boy or a guest on the terrace at the same time that someone wants to shower, there's an instant, hi-tech solution. At the flick of a switch, the shower window becomes translucent.

As with the rest of the home, the decor in the master bedroom and bathroom has been kept tranquil and fresh so as not to detract from the view.