With the resurgence of inner-city living, some of the first buildings developed for residential were old abandoned wharf buildings. Sitting on prime waterfront sites, they were also potentially character-filled.

But their conversion to residential didn't always make the most of these features – as was the case with the one containing the master suite featured here, says architect Eva-Marie Prineas.

"The apartment layout was compromised by low ceilings, poor connections to the harbour, domestic scale doors and generic architectural detailing," she says.

As part of the total revamp, Prineas also addressed the wide uneven hallway.

"To get everything aligned, we made the walls thicker, which could then be used to hide storage behind panelled joinery doors." 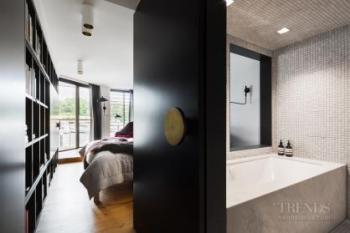 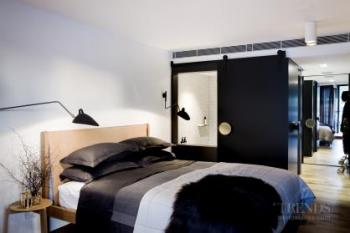 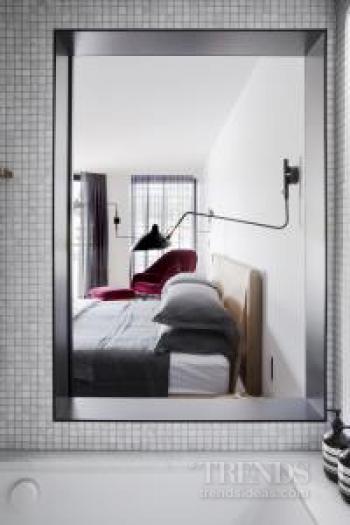 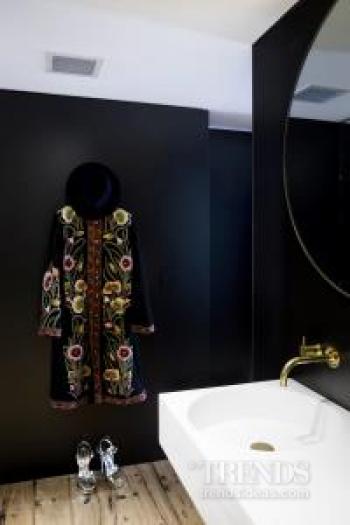 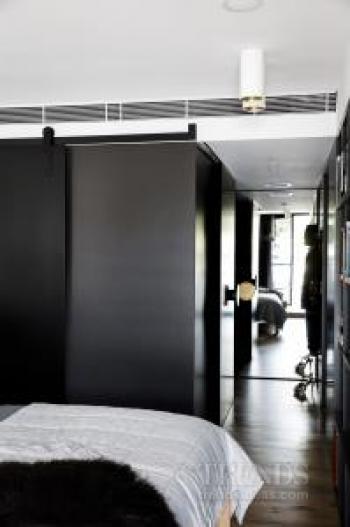 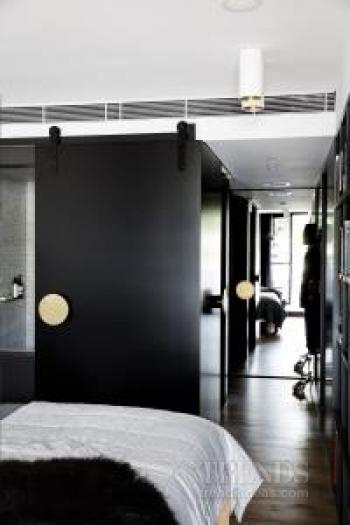 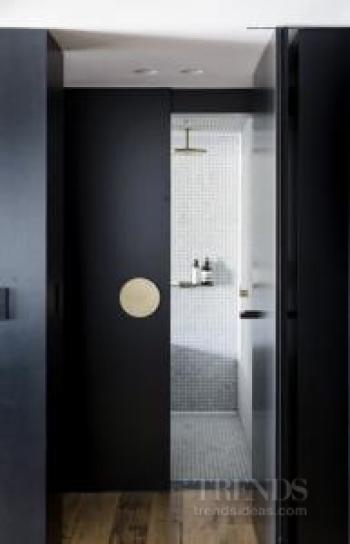 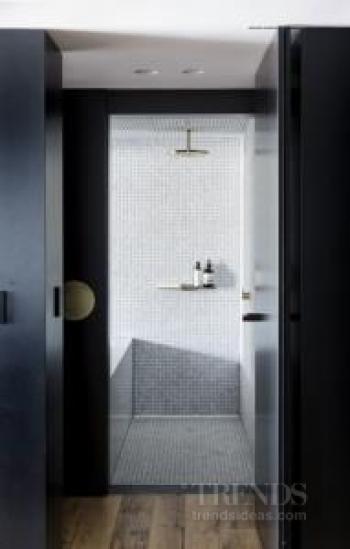 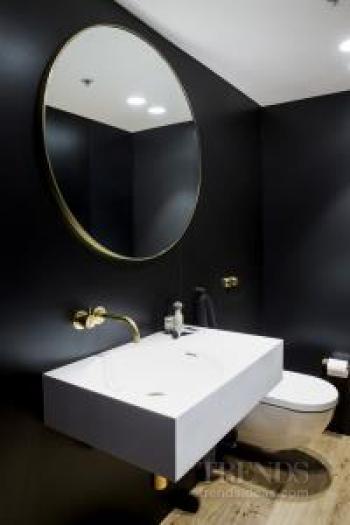 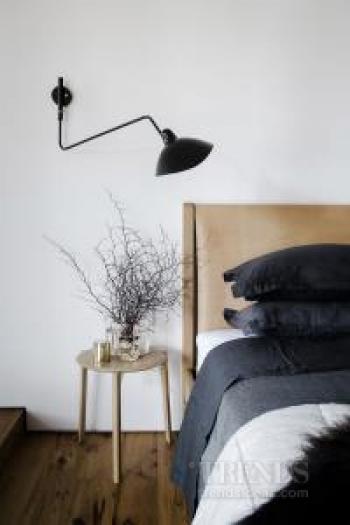 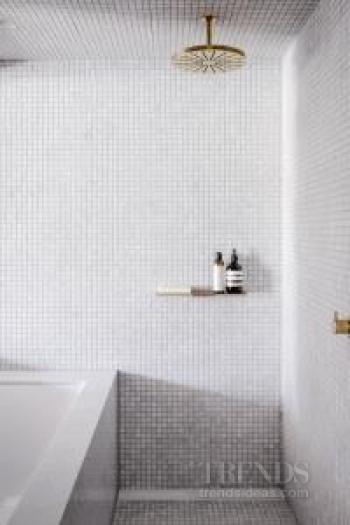 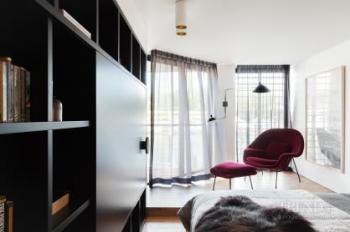 The black panelling was extended to form a series of pods throughout the apartment, including in the revamped master suite.

Here, the main pod contains the bath and wet area shower, with sliding wall panels on two walls. One of these provides access to the bathing pod, while the other opens to the bedroom, providing a view to the harbour beyond.

As with elsewhere in the apartment, overscale, circular handles on these sliding panels are a cue to indicate a threshold.

The bath had originally been further back in the master, and that space has been re-allocated to the basin and walk-in wardrobe with concealed closet storage on the back wall.

While most of this storage is behind the same black panelled doors seen throughout the apartment, one section at the opening has a full height mirrored door which brings light and distant harbour views into this enclosed space.

The view is even reflected from the mirrored door onto the circular mirror above the basin.

The black storage space continues along one wall of the bedroom to create open shelving and a place for the tv. Another sliding black panel here allows the tv to be hidden when not in use.

At the end of the bedroom, the floor was raised to the same level as the balcony.

"The balcony has become a platform which extends into the bedroom," says the architect.

"This creates a more generous outdoor space, a better connection to the harbour context, and provides a secondary living space within the master suite."